Realme enthusiasts will have a busy week. On March 4, Realme will unveil its first 2021 flagship, and one day later, on March 5 it will reveal a new cost-effective smartphone under its Realme C-series. The device will come with the Realme C21 moniker and had its launch date confirmed today by Realme Malaysia’s Facebook page. We also know some of the device specifications thanks to an AliExpress listing. The device will have a huge battery, triple-camera setup, and Black Blue colorway. Without further ado, let’s dive in the device’s specifications. 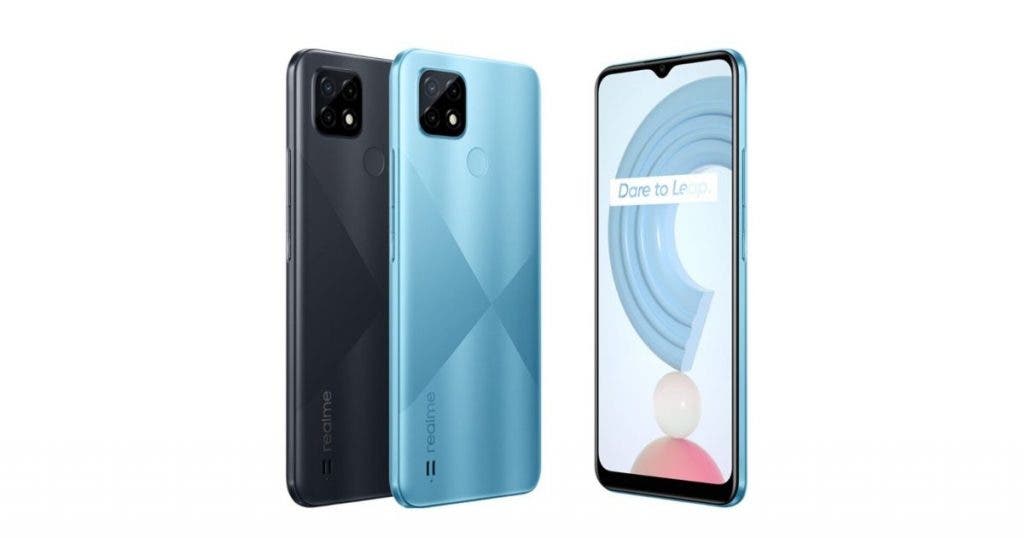 The Realme C21 flaunts a 6.52-inch LCD with 1,600 x 720 resolution. The screen brings the usual waterdrop notch style used in a wide array of budget smartphones. The front camera is a modest 5MP selfie snapper. Moving around to the back, we have a Triple-camera setup comprising a 13MP primary camera and two 2MP sensors. We expect a macro 2MP snapper and a 2MP unit for depth sensing. The back panel will be Blue or Black and will serve as a house for the fingerprint scanner. 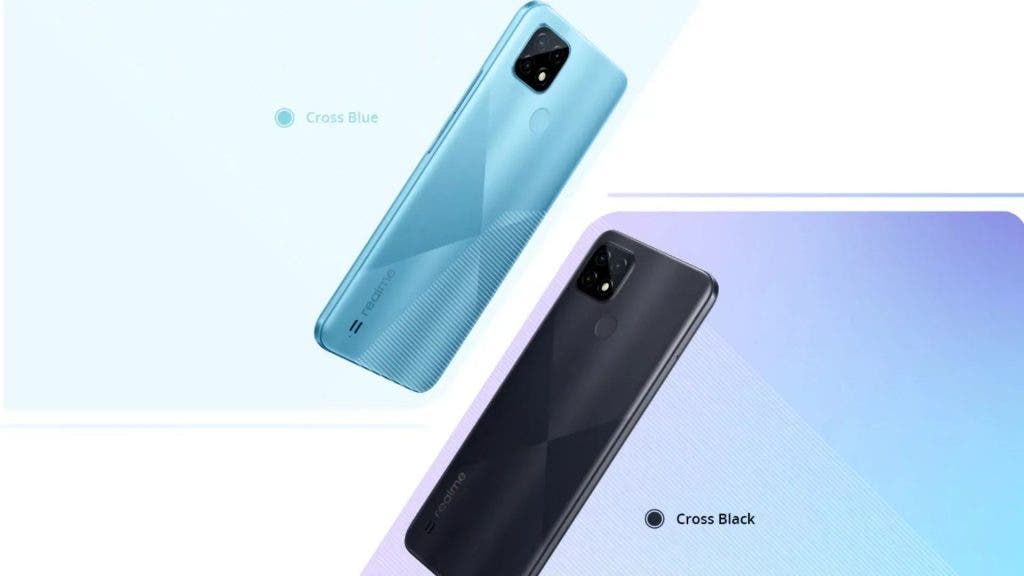 Under the hood, the phone carries a MediaTek Helio G35 Octa-Core. It’s a low-end Octa-Core chipset offering eight Cortex-A53 cores clocked at up to 2.3GHz. It’s made in the old 12nm process to cut costs. The phone is paired with 4GB of RAM and 64GB of Internal Storage. The phone also supports microSD cards allowing further memory expansion. The Realme C21 draws power from a 5,000mAh battery. Unfortunately, it still charges via an old micro-USB port. So, while the battery is big, we expect it to take a long time to charge fully. 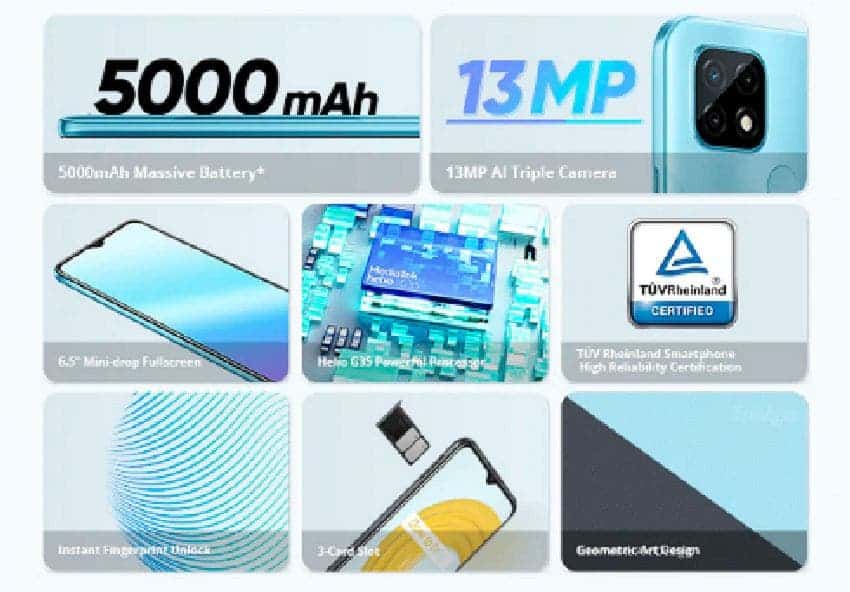 Other Realme C21 specifications include a 3.5mm audio jack and dual-SIM support. The handset, obviously, has only 4G LTE support. Unfortunately, the listing does not bring any info regarding the Android version in this smartphone. Hopefully, it will come with Android 11 and Realme UI 2.0 straight out of the box. After all, getting a new phone with Android 10 at this point is really underwhelming.  According to the leaked listing on AliExpress, the phone will be priced between INR 11,200 and INR 11,800 which is roughly around $153 to $161. 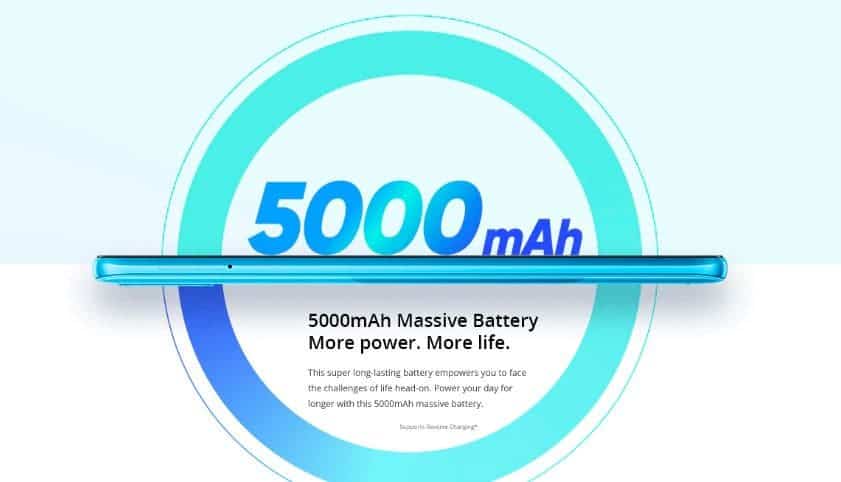 Since the device has been confirmed by Realme Malaysia, and the listing is from the Russian branch of AliExpress, we can expect a global launch to happen on March 5. The device should be released across Asia and Europe, but we don’t know about the Indian market. After all, Realme does not tend to make quiet launches in India.