After bringing its latest Android 11 update to flagship devices, Samsung is now traversing down to its budget and mid-range smartphones. The South Korean giant is now treating its Galaxy M51 and Galaxy A50 with the all-new latest Android 11 firmware update. Both the devices are now receiving the latest One UI 3.1 firmware update based on the Android 11 operating system. To top things off, Samsung is seeding the update in multiple regions. 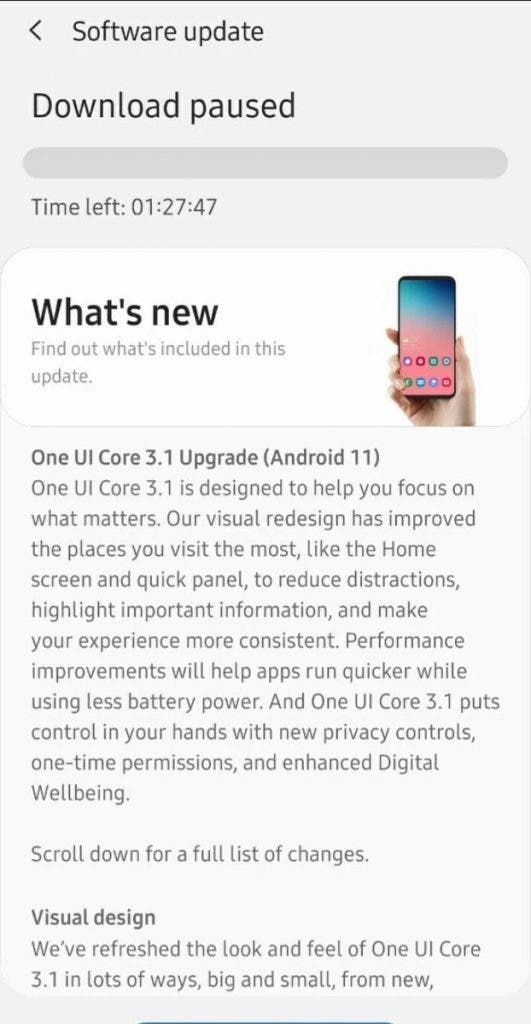 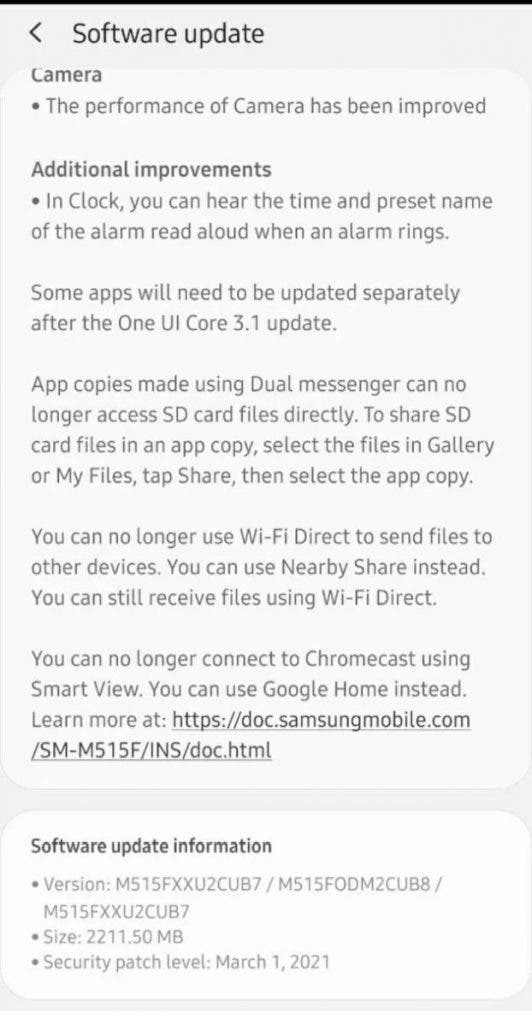 Last week, Samsung rolled out the One UI 3.1 update to Galaxy M51 in Russia. Now, the company is seeding the update to multiple regions namely Brazil, India, Mexico, and the Netherlands. The new firmware update carries the version M515FXXU2CUB7 and weighs around 2.2GB in size. The firmware also carries the latest March 2021 Android security patch.

The highlight of the update, of course, is the latest One UI 3.1 software with Android 11 underneath it. It is worth noting that we’re looking at the ‘Core’ version of the software. This new rollout makes Galaxy M51 the first device to receive the Core version of One UI 3.1.

Another device in the question is Galaxy A50 which also appears to be receiving the latest firmware update. The firmware for Galaxy A50 carried the version A505FDDU7CUBC weighing around 1.8GB in size. Again, we’re also looking at the March 2021 Android security patch. The update seems to be rolling out in multiple regions all across the globe. For those who’re wondering, Samsung offers a fully-fledged One UI 3.1 experience to its Galaxy A series and the same is the case is here as well.

If you own any of the devices and reside in the mentioned region, then you might have already received the update notification. That’s not the case? then, you might want to check for it manually by heading over to Settings>>Software Update>>Download and Install.

Well, it looks like Samsung has also rolled out a new firmware update to its previous-gen flagship Galaxy S20 series. The new firmware brings the latest March 2021 Android security patch to the series. It appears the firmware is rolling out in European countries, including Bulgaria, France, and Greece.

With that said, it looks like Samsung is topping the chart off with its software update as the company keeps on rolling out both small and big updates to multiple devices almost every other day.

Previous WhatsApp might not run on older iPhones in near future