Recently, ZTE officially announced through Weibo that there will be new ZTE series. The ZTE S series will be launched soon.

In view of the current smartphone market, it is not uncommon for manufacturers to equally work on flagship series and young fashion series. So the new ZTE S series will add new options for purchases to young consumers. 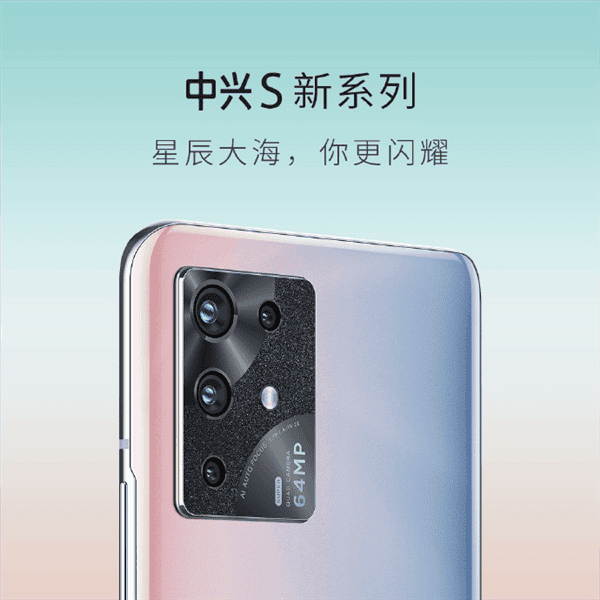 Judging from the photos, the star and sea color of the new machine is unique. The combination of shiny and frosted materials makes the machine highly recognizable.

However, from the users’ comments, we can conclude that the rear camera design is not welcomed well.

Anyways, that’s a matter of taste. As for the information, the module shows that the main camera of the machine uses a 64-megapixel lens, and the lens parameters show 1.79-2.4/16-26.

It is worth noting that previously we have heard that the new ZTE S series adopts a 44-megapixel front lens. Plus, its screen refresh rate will reach 144Hz.

Unfortunately, we have no more information about this new series.

Ni Fei once stated that 2021 will be a critical year for ZTE. ZTE’s terminal business will fully return to China’s 2C market in 2021. ZTE will integrate high-quality resources and continue to invest in the construction of Chinese terminal brands and channels.

In this regard, the new S series may be a key step for ZTE’s rejuvenation.