About a year ago (specifically in February 2020), Facebook officially removed its app for Windows 10 from the Microsoft Store. The company recommends that users who still want to use this app should download it from the web. 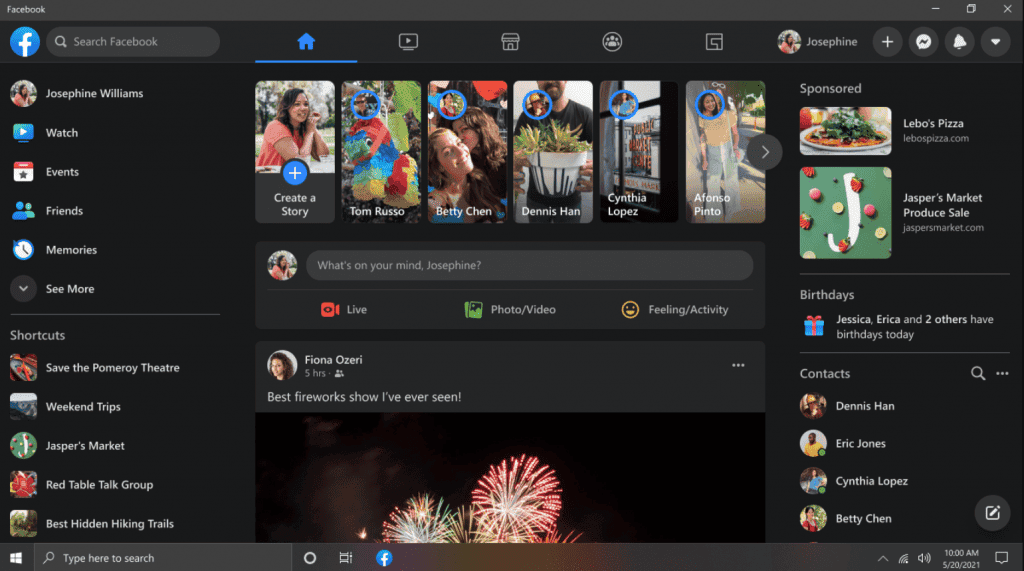 At the time, the Internet giant said:

Since you use Facebook for Windows desktop app, we wanted to make sure you’re aware this app will stop working on Friday, February 28, 2020. You can still access all of your friends and favorite Facebook features by logging in through your browser at www.facebook.com. 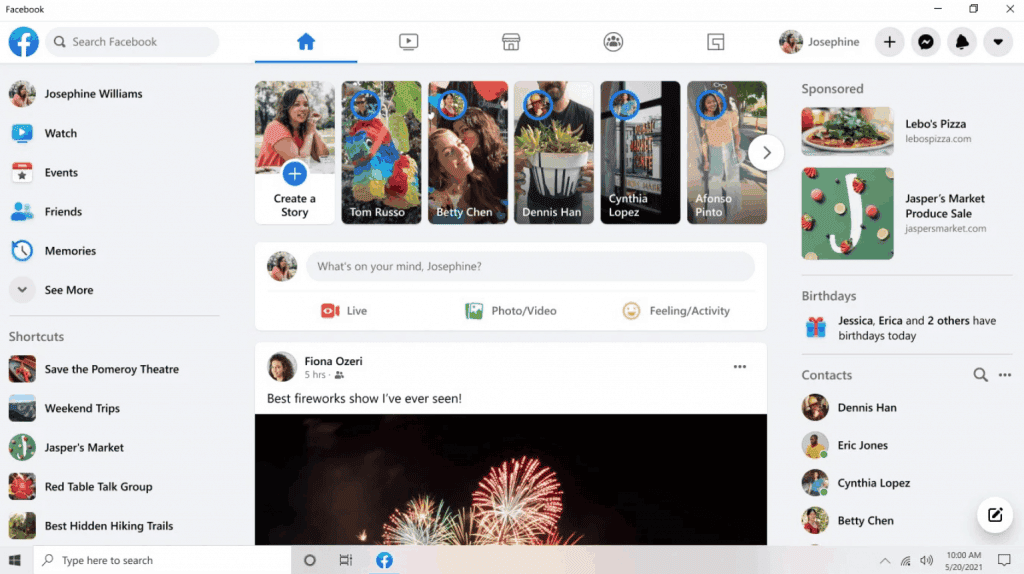 However, in a twist of events, after almost a year out, Facebook App for Windows 10 is back on Microsoft Store. However, everything is not smooth as it used to be. The app is returning as a PWA (Progressive Web Application). It requires Windows 10 Build 19003 and is powered by the Chromium Edge engine. Nevertheless, the appearance, format, design, and workability of the app are pretty good. It supports both light and dark mode and almost looks chrome-less. The new Facebook Beta app can be found in the Store here.

What’s new in this version
This is a beta version of the Facebook experience for Windows 10. Give it a try to be among the first to test our latest features. We’re always improving the beta, so let us know if you see something that isn’t working by selecting ‘Report a Problem’ from the dropdown menu in the top right corner.

Facebook recently introduced ‘Hey Facebook’ wake word to its Portal devices and Oculus Quest 2 VR headset. Well, it looks like the social media giant is now working on a new app dubbed Bars. Facebook recently announced this new app that “empowers rappers to create and share”. As expected, the app is currently under beta testing and soon after, the company might bring it to the masses. Till then, here’s everything you need to know about Facebook’s Bars app.

Facebook Bars is a new app that allows you to rap over a beat! 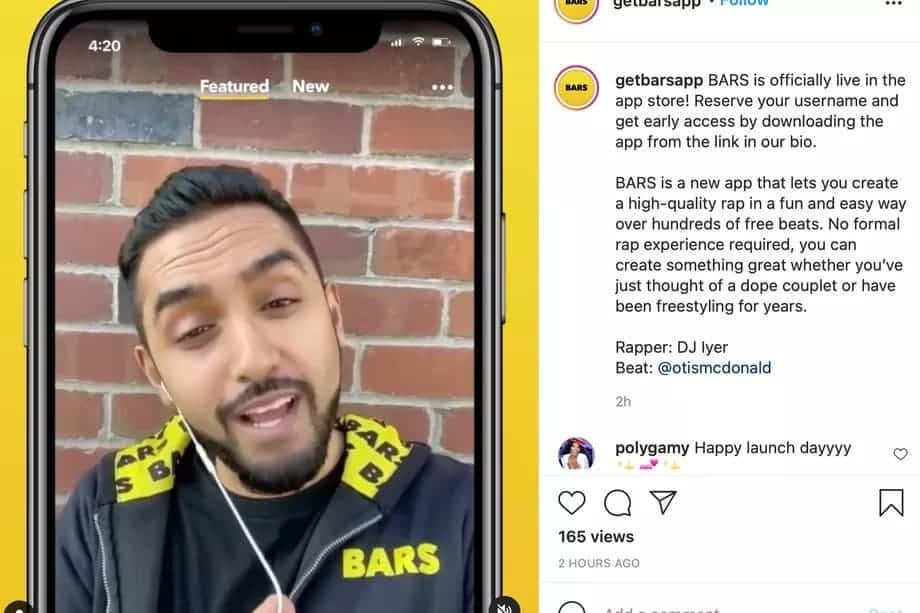 The key idea behind Bars apps is the fact that it allows users to record 60-second rap videos. In this app, you can freestyle and showcase your rap skills over the provided beats. Facebook Bars will give you a variety of beats to choose from. Of course, you will be able to post your record rap videos within the app so that other users can see them. It would be interesting to see whether the brand will integrate it into its other social media apps such as Instagram.

For each posted video, viewers will be able to mark it as “fire” if they like your freestyle and of course, bars. Simply recording rap over a beat doesn’t sound interesting. To fix that, Facebook will also provide “studio-quality vocal effects” for you to play around with your content. If you’re someone who’s into autotune, then you would be able to use that effect as well. Facebook Bars is also promising to deliver exceptional autotune to its users. 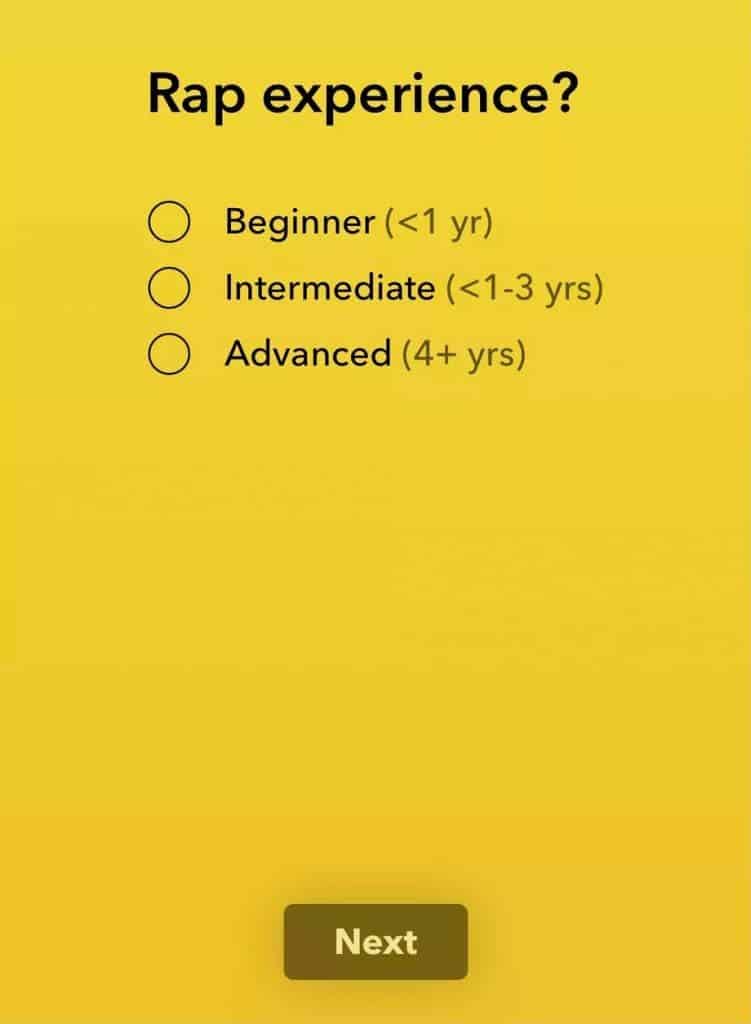 While signing up, Bars will ask you to select Rap experience, and depending on it, the app will refresh your user experience. If you select Beginner, then you would receive an auto-rhyme dictionary allowing you to improve your rap skills. For someone who selects Advanced level, Facebook Bars promised a Freestyle Mode. This mode will give you eight random words that you have to work with within a 16-bar off-the-cuff rap.