Samsung changed its mid-range philosophy in 2019 with the introduction of the Galaxy M and A-series. Instead of half-baked smartphones, the brand started to bring some premium aspects to its mid-range phones like Triple and Quad-Camera setups, huge batteries, AMOLED displays, and more. The Galaxy A and M family starts from 0 and goes all the way up to 90. Usually, the higher the number, the higher specs a phone can have. That said, today the brand is introducing a new budget device dubbed Galaxy M12 in India. It’s an affordable handset with compelling specifications.

Interestingly, the Galaxy M12 brings a modern Exynos 850 SoC. This Octa-Core chip is one of the latest 4G chipsets coming from Samsung for the mid-range segment. This SoC came alongside the Exynos 880 5G, but the latter stole all the audience. The phone is paired with either 4GB of RAM and 6GB of RAM. These RAM variations will be coupled with either 64GB or 128GB of Storage respectively. Just like other Samsung midrangers, you can easily expand the storage amount via a microSD card slot. 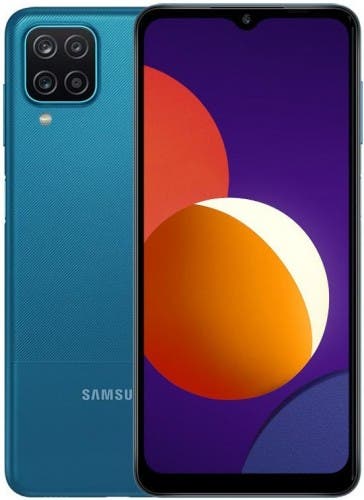 The Galaxy M12 flaunts a 6.5-inch HD+ LCD that thankfully has a 90Hz refresh rate. This year, Samsung is finally improving its game in the mid-range segment with high refresh rate screens. Moving around to the back, the phone has a 48MP primary camera, an 8MP ultrawide, 5MP depth, and 2MP macro cameras. With an 8MP ultrawide camera, the Indian variant is more capable than other global variants of the M12 that have a lesser 5MP ultrawide snapper. For selfie purposes, users can get an 8MP unit that lives inside of the waterdrop notch. 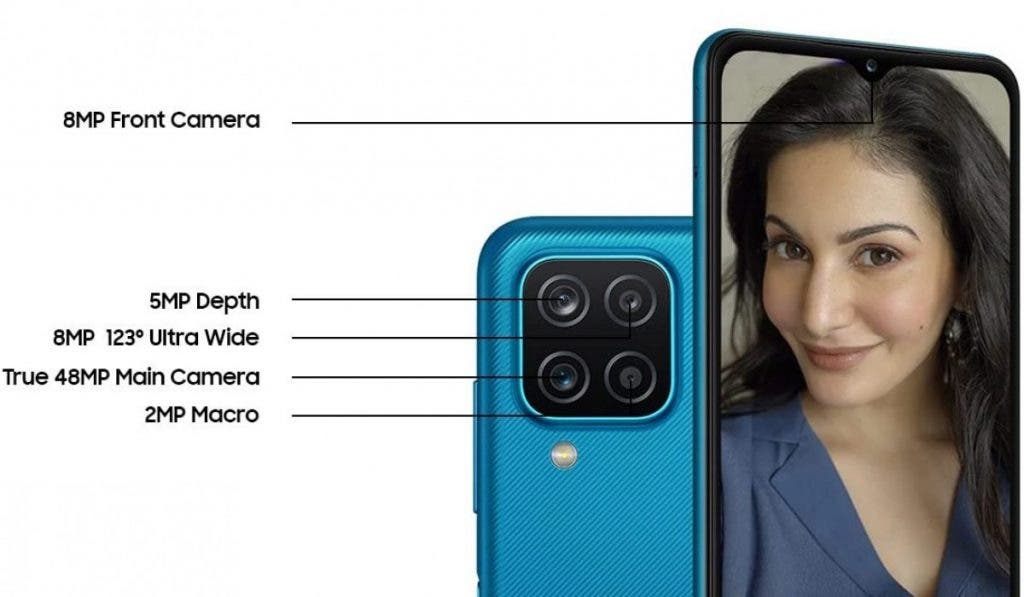 There is a texture in the back providing users a better grip and fewer fingerprints while holding the phone. Interestingly, Samsung has moved the fingerprint scanner to the side and it doubles as a power button. This has been a choice made by several OEMs lately. The Galaxy M12 draws power from a 6,000mAh battery with 15W charging. The battery is huge, but with limited charging capabilities it will certainly take a couple of hours to get charged. The phone also has a 3.5mm headphone jack which is something that some flagship smartphones lack.

Next Galaxy A82 5G coming with Snapdragon 855+ and motorized camera, price to start at $620