Vivo’s iQOO started its 2021 journey in the smartphone market with the release of the iQOO 7 flagships. Now, the cost-effective-hardware-focused brand is gearing up to launch a new cost-effective flagship dubbed iQOO Neo 5. The device has been leaking a lot lately through multiple certifications and benchmarks. However, the design of the phone has been a mystery until now. Today, we have a couple of official iQOO Neo 5 renders in Shadow Night Black color. Instead of an unconventional design like the iQOO 7, the Neo 5 will bring a more traditional approach like its predecessors. There is even a couple of hands-on videos showing the gaming phone in all its glory. 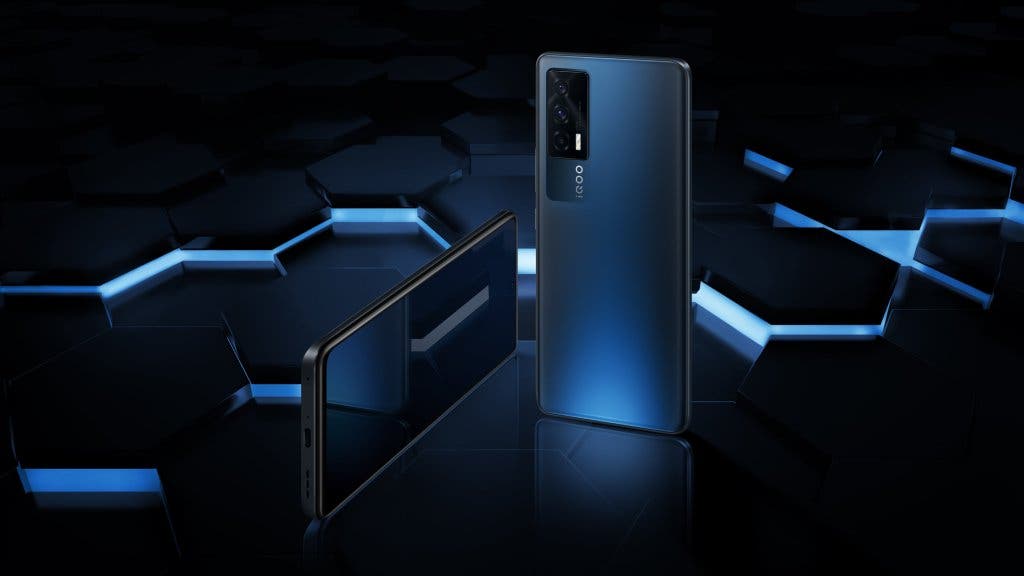 Although the phone does not bring the fancy colors of iQOO 7, the signature design is almost the same. The handset has a flat-screen with a centered punch-hole. In the back, we have a double-layer matrix triple camera scheme. However, unlike the iQOO 7, the Neo 5 camera part does not use a metal structure, but a double-layer glass process. The handset is slim with a thickness of 8.43mm and a weight of 196g. The handset is equipped with a 120Hz AMOLED super-sensitive gaming screen. It supports a high touch sampling rate of 300Hz. In terms of vibrations, iQOO equipped it with a 4D gaming vibration technology. It will make games more immersive. The phone also has surround-type stereo dual-speakers, which improves the experience.

The official posters also tease “gaming magic” features on the iQOO Neo 5. The company is introducing Multi Turbo 5.0 technology full of optimizations for mainstream mobile games. It can mobilize system resources according to demand, preventing lag and frame loss when playing. Under the hood, the phone will pack the Qualcomm Snapdragon 870 flagship processor. It will come alongside LPDDR4X RAM and UFS 3.1 storage. We expect up to 12GB of RAM and 256GB of Storage.

One time that this phone aims at lower price tags, we also expect a simple version with 8GB RAM and 128GB memory configuration. The phone also has an independent display chip. It can share the GPU load pressure, reduce power consumption and improve the display output. The phone will run Android 11 straight out of the box and we expect OriginOS to be running on top.

Besides the iQOO Neo 5, iQOO will also launch new iQOO Wireless Sports headphones. We expect it to be packed with gaming features to reduce latency.