According to a recent report from OpenSignal, 5G and 4G speeds vary significantly between iOS and Android. The report brings a comparison between Apple iPhone 12 series 5G performance with American Android smartphones. Most of the top 25 fastest 5G smartphones are from Samsung. Although the 5G speed of the iPhone 12 is 2.3 times faster than its 4G iPhone, the overall download speed of Apple’s first batch of 5G iPhones ranks bottom. The iPhone 12 series 5G speed is behind at least 25 Android smartphones in the U.S. 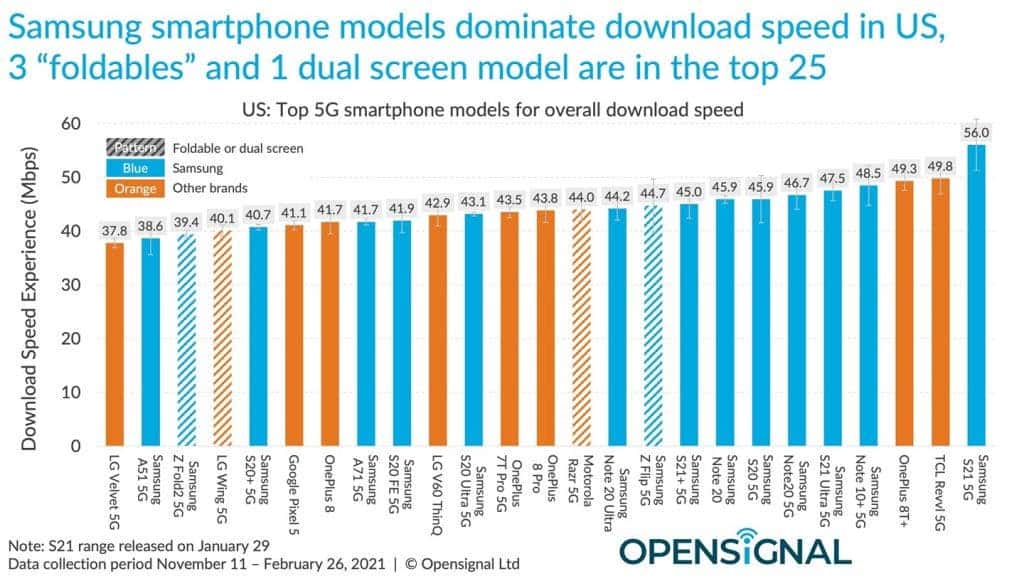 According to OpenSignal, the Samsung Galaxy S21 5G is top of the chart with an average 5G/4G download speed of 56Mbps. Generally, the biggest winner is Samsung, which accounts for 60% of the top 25 5G performers. 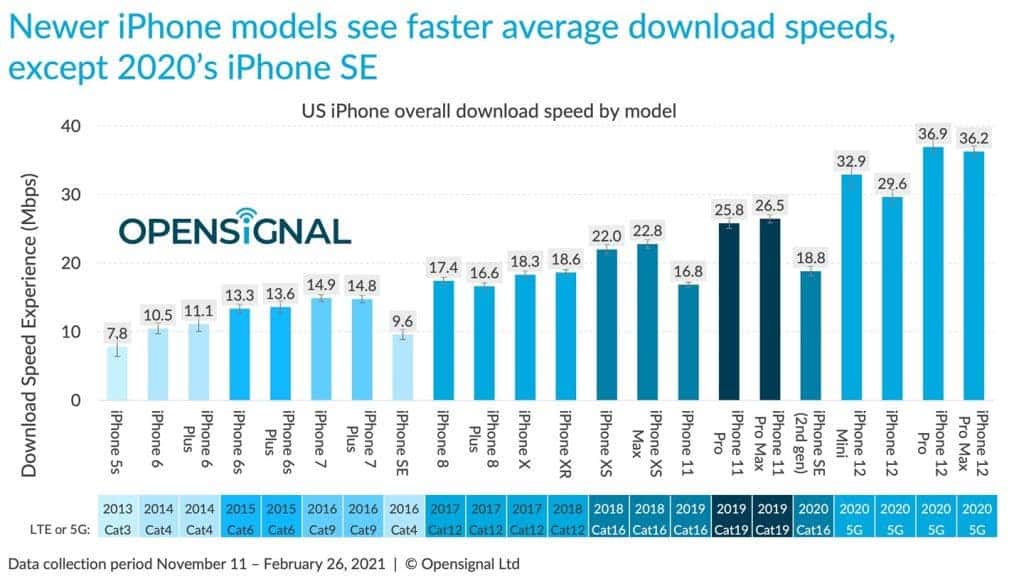 Opensignal pointed out that because the previous iPhone used Intel instead of Qualcomm modems, its 4G speed lags behind Android phones. Therefore, the 5G brought by the iPhone 12 in the United States is 2.3 times faster than 4G, which is higher than the competition of Samsung and OnePlus. The difference is even greater when the opponent jumps from 4G to 5G. 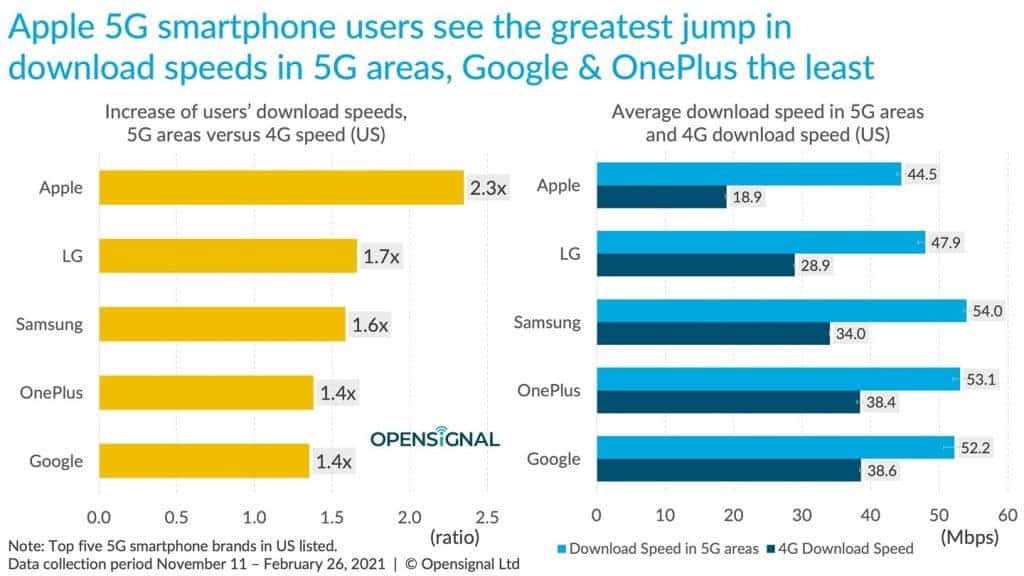 Apple can close the gap in terms of 5G performance using Qualcomm modems. However, it still lags behind all Android competitors for now.

The iPhone 12 series uses Qualcomm 5G modems like Android devices. In fact, the iPhone 12 series even adds mmWave connection to all models. Thus, it is quite surprising that this series lags behind so much in terms of network speed.

According to Ian Fogg (OpenSignal Analyst), the iPhone’s problem may have some links to its RF design. Finally, the report emphasizes that when 5G comes to the iPad, it should bring good changes to users. Today, the average download speed of the 5G iPhone 12 Pro model is 36% faster than the average download speed of the latest cellular iPad Pro model. With the new 5G functional SoC, future iPad Pro users should see at least as fast as iPhone 12 users.