OnePlus will release its latest flagship series, the OnePlus 9 series on March 23. Over the past few days, there have been numerous reports regarding the OnePlus 9 and OnePlus 9 pro. Yesterday, we saw some stunning images of these smartphones in silver and gradient purple colours. Now, we have detailed information on the display of these devices. 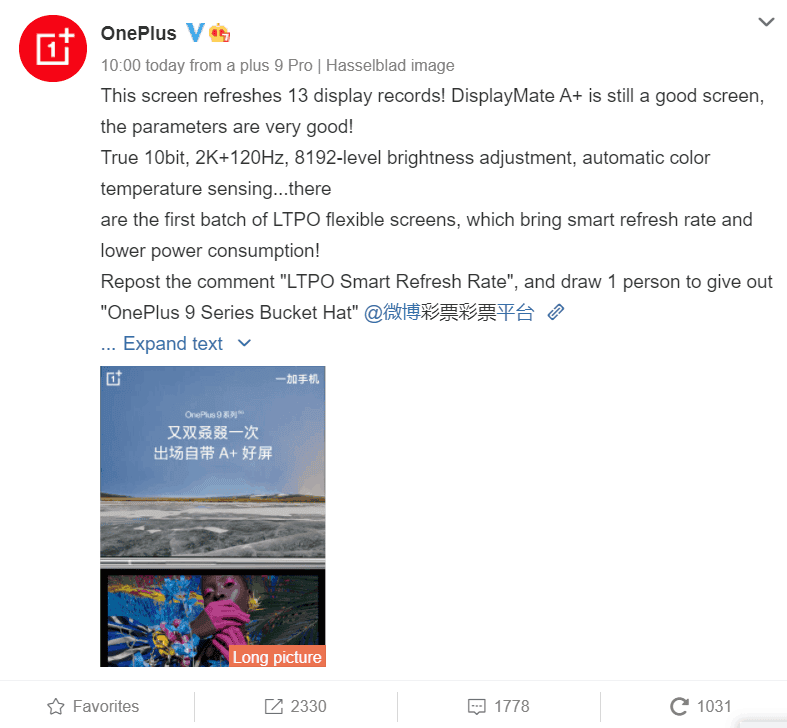 According to the company, the display of this series has passed DisplayMate A+ certification. This screen refreshes 13 display records. Furthermore, it supports true 10bit, 2K + 120Hz, 8192-level brightness adjustment, automatic colour temperature sensing, and is the first batch of LTPO flexible screens.

One of the selling points of this display is its smart refresh rate and lower power consumption. Well, this is the emphasis from OnePlus regarding the display of the OnePlus 9 series.

Next These Motorola smartphones are now getting the Android 11 update