HMD Global is expected to launch the Nokia G10, Nokia X10, Nokia X20, and other models at the press conference on April 8. Nokia X20 appeared in the Geekbench database today. The GeekBench listing confirms that this device will use the Snapdragon 480 5G chip. 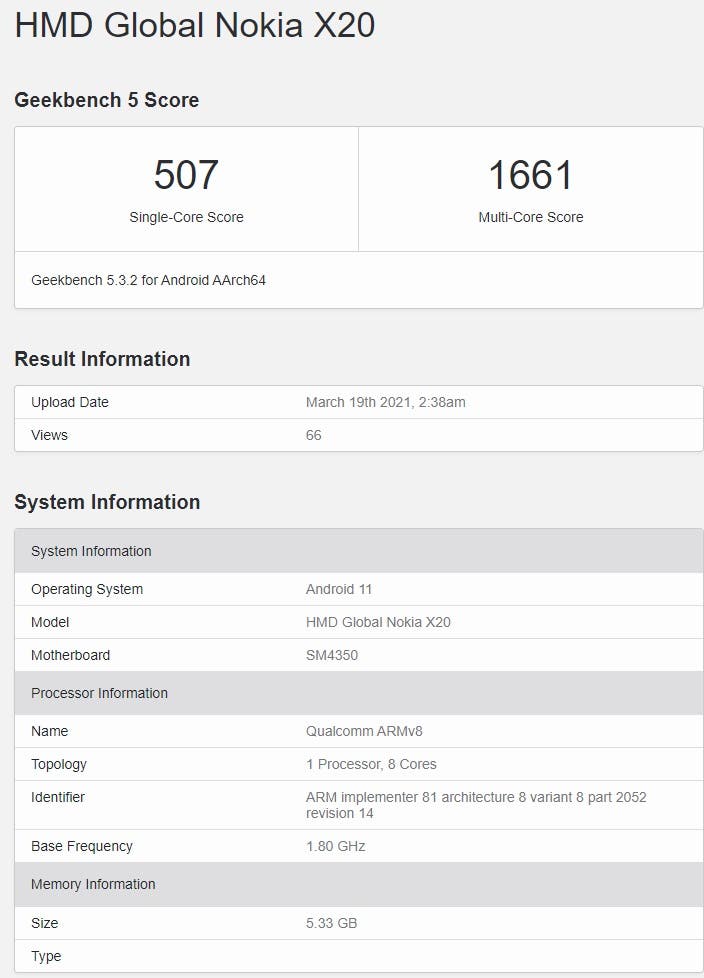 According to previous reports, Nokia will abandon its former decimal naming style for its smartphones. It will now use a more direct naming method and the first model will be Nokia G10.  According to a report from NokiaPowerUser, in addition to Nokia G10, HMD will also launch the Nokia X10 (Scarlet Witch) and Nokia X20 (fast silver).

Nokia has some hurdles to overcome

The smartphone market is very competitive and Nokia seems to have lost its magic touch. If the company hopes to make a difference like before, it must make some significant changes. It’s a good thing that it is making the naming of its devices very simple. In all honesty, Nokia’s decimal smartphone naming (e.g Nokia 5.4 and so on) seems very complex. Users can not differentiate between its latest flagship and its old devices. With its new naming system, this will be easier.

Also, the company needs to look into its pricing system. All smartphone manufacturers are reducing prices to face the competition. Even the likes of Apple and Samsung are very careful with their pricing these days. This easily affects the performance of a brand in the smartphone market.

Nokia’s 5G struggle – many steps behind Huawei and Ericsson

Nevertheless, the company claims that it has time to catch up with the competition. According to Nokia, the development cycle of 5G will be much longer than 4G. This will give Nokia time to catch up with the competition. However, this will come at a cost. Over the past two years, the company has sacked over 10,000 workers. A recent report shows that it will sack another 5,000 to 10,000 employees this year to fund 5G research and development.