Earlier this month, Oppo announced the Oppo A94 in the UAE. However, the company didn’t reveal the price of the phone officially. Now, it is known that the Oppo A94 is a rebranded Oppo Reno 5 F as it has just arrived in Singapore. The specifications aren’t really impressive, but the price really is, and not in a positive way. The phone costs SGD429 which is the equivalent to $319 or Є268.

The OPPO A94 boasts the MediaTek Helio P95. While this chipset was unveiled last year as the top offering under Helio P-series, it uses old 12nm architecture and is not on par with recent offerings from MediaTek. However, it will still offer decent performance in moderate tasks and non-demanding games. The chipset is paired with 8GB of RAM and 128GB of Internal Storage. If that isn’t enough for you, you can expand the memory via a good microSD card.

The A94 flaunts a 6.43-inch AMOLED panel with FHD+ resolution. It has a center-aligned punch-hole in the top that serves as a house for the 32MP selfie snapper. Centered punch-holes aren’t common among Oppo smartphones, so the A94 is a good differentiation. Since this is an OLED display, the fingerprint scanner can go inside the panel. Moving around to the back, we have a Quad-Camera setup comprising a 48MP primary camera, an 8MP ultrawide, 2MP macro, and 2MP monochrome modules. 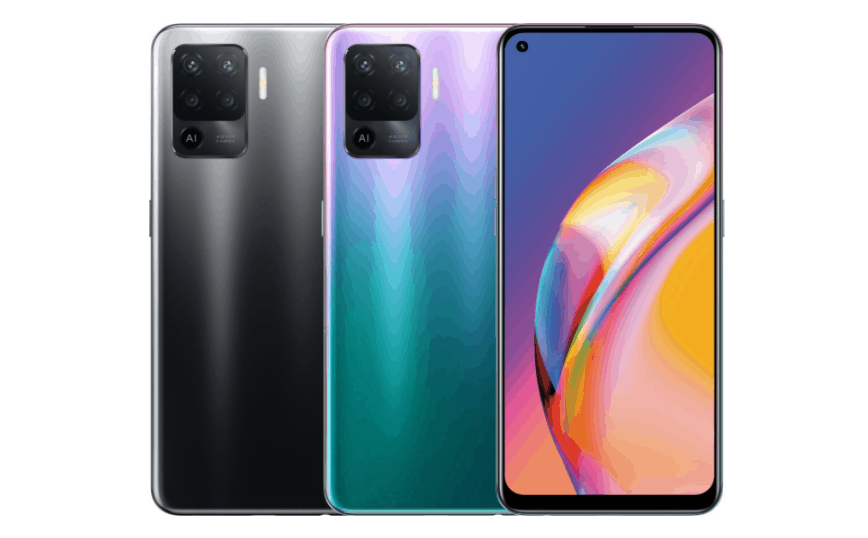 The phone draws power from a 4,310mAh battery with 30W VOOC fast-charging. Thankfully, it runs the latest Android 11-based ColorOS 11.1 firmware. Oppo is doing a good job with recent releases since most of them come with Android 11 no matter if they belong to the high or low-end segments. The phone also packs a 3.5mm headphone jack which certainly is a plus for those rocking conventional headphones.

The Oppo A94 comes in stunning Fantastic Purple and Fluid Black colorways. Users can pick up the Oppo A94 from the official Oppo stores in Singapore as well as all local authorized retailers.

The handset will go on sale in Singapore starting March 27th. Apart from the already mentioned Oppo stores, users can pick it through Lazada, Shopee Flagship stores, and other authorized resellers islandwide. For now, it’s unclear which more countries will be getting the Oppo A94. However, we don’t think Singapore will be the last one.