A well-known network informant under the nickname Ice Universe, who often shares exclusive information about the latest developments in the tech industry, said that Samsung ISOCELL GN2 will be the largest mobile image sensor this year.

He also added that the Samsung ISOCELL GN2 will provide “an unprecedented experience” and will debut later this month in Xiaomi‘s new flagship smartphone. Obviously, we are talking about the Xiaomi Mi 11 Pro, which should be presented on March 30.

This statement seems particularly interesting since Samsung’s 50MP ISOCELL GN2 sensor has a 1/1.12-inch optical format. At the same time, rumors indicated that the Sony IMX800 image sensor should debut in the Huawei P50, which will be the world’s first mobile optical format inch sensor. However, today it became known that its optical shape will be 1/1.18 inches .

Samsung ISOCELL GN2 will be the largest mobile phone sensor in 2021, which will bring an unprecedented experience, waiting for the Xiaomi phone at the end of the month. 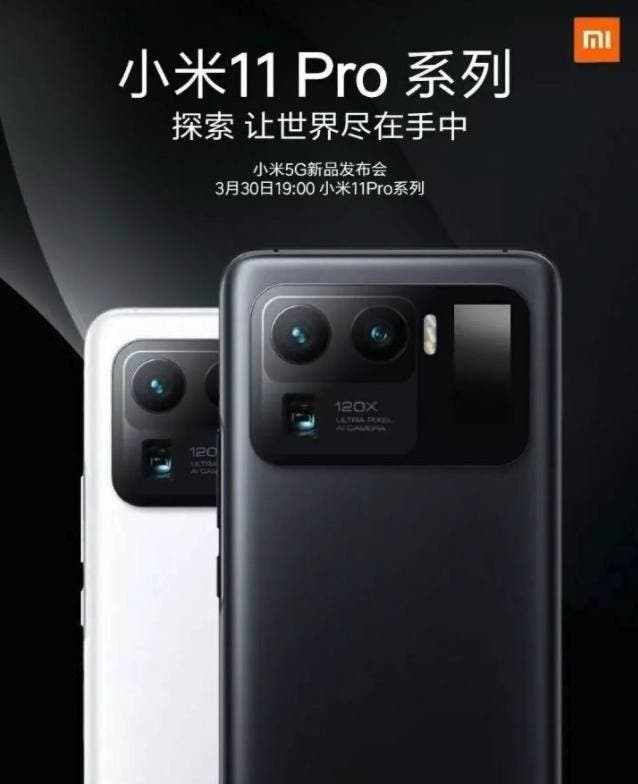 It is worth mentioning that yesterday, it became known that the Mi 11 Pro smartphone will debut on March 30. This date appears on the official poster published by Chinese sources.

The render of the smartphone on the poster demonstrates the main feature of the device – its unique main camera. More precisely, it is not so much the camera itself that is unique as the back unit; which also includes an additional screen. The periscope module is also clearly visible, which will provide 120x zoom. The main camera module of the Xiaomi Mi 11 Pro will use a 50-megapixel Samsung ISOCELL GN2 1/1.12″ optical format sensor; the largest sensor in the industry (although it is possible that the Huawei P50 will receive an even larger sensor). The resolution of the other two sensors is 48 megapixels .

The rest of the model’s parameters are on top level. Mi 11 Pro will have a 2K + screen with a frame rate of 120 Hz, Snapdragon 888; and support for dual fast charging with a power of 67 W – wired and wireless.