BLUETTI, a U.S.-Chinese renewable energy start-up, have once again created another miracle after their huge crowdfunding success with the cutting edge AC200 last year. Their latest 5.1kWh home power station – the EP500/Pro – has pulled over $1 million in only an hour of the new Kickstarter campaign  and is now fast marching to the next $2M milestone. Impressive.

The new power stations feature a more elegant and minimalist look, with 12V 30A output port for the RV crowd, up to 3000W pure sine wave inverter and, yes, seamless UPS. But the low price tag of these typically premium home battery products may be even more important than ever. 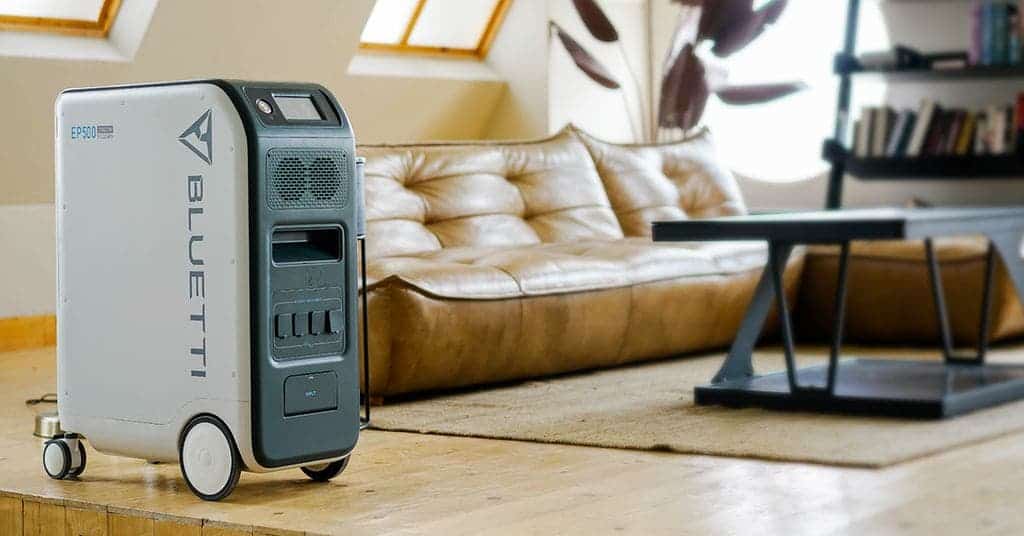 Starting at only $2799 for the EP500 ($0.55 per watt hour), it makes the EP500 series extremely competitive even against the giants like Tesla’s Powerwall or Sonnencore. Yet, most importantly, unlike the Powerwall or Sonnen, BLUETTI EP500 family of products is plug-and-play and way more versatile. Not only it will work as a home backup power station, but you can also shove it in the trunk of your car for a road trip or van life.

For the first time ever, BLUETTI are aslo offering a remote control feature on their EP500 Series. With BLUETTIs exclusive B-Lynk connection technology, you can easily monitor your EP500/Pro’s status and adjust settings, whether it is near you or a thousand miles away (using WAN & LAN). No more walking to a unit to just determine the remaining battery or inverter capacity.

If the 5.1kWh/3kW specs aren’t enough to cover your needs, then feel free to get two of these and connect them together with BLUETTI’s Fusion Box. You can immediately double the capacity, voltage and power. And that’s MASSIVE 10.2kWh and up to 6kW output at 240V, which means it’s viable not only for the vital needs, but you can also run your home air conditioner, clothes dryer, in-wall electric heater and other high power appliances totally off-grid with ease. 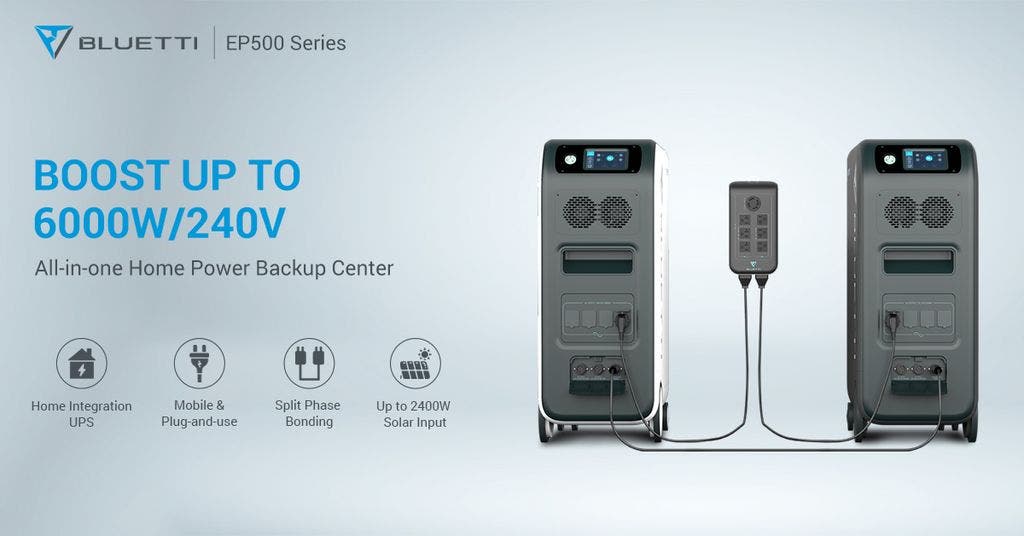 As for the most important part about crowdfunding projects – delivery and warranty – BLUETTI said they will DELIVER the EP500 in August (shipping starting in late May), and the Pro will be DELIVERED two months later in October. Because Kickstarter won’t charge your card until the crowdfunding campaign reaches its deadline, you will only need to wait for about 3 months after the actual payment, which is pretty impressive.  Since even giants like Tesla would put you on the waiting list for about 4 months before the installation process.

And after backing the crowdfunding project, you’ll also get a 3-year warranty out of the box. Or by paying additional $699 you can enjoy full 5 years of peace of mind and covered warranty. 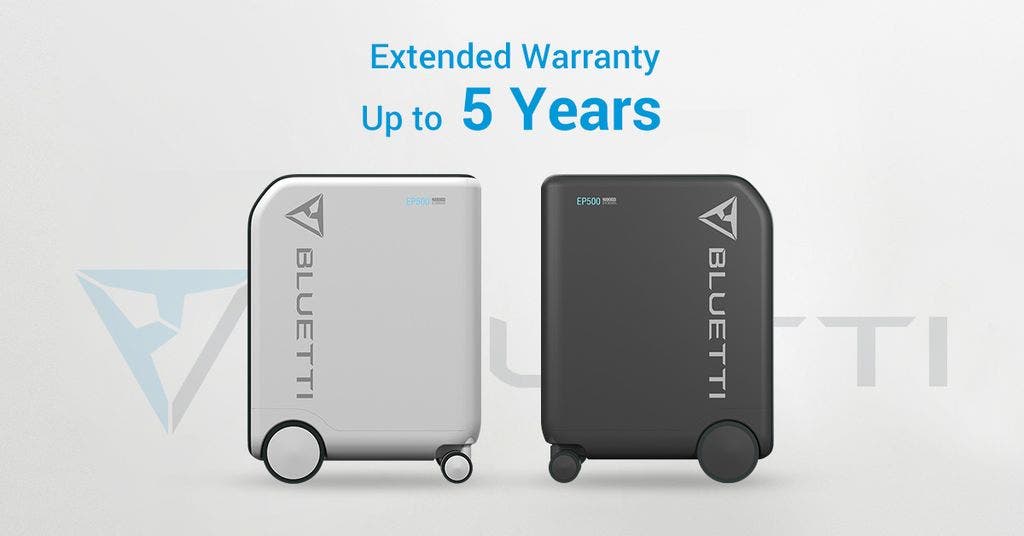 This year could be the time for real BLUETTI breakthrough. With the groundbreaking features of EP500 family, BLUETTI has obviously widened the gap with its early competitors and stepped into a higher league to compete against the goliaths like Tesla and LG Chem. So check out the Kickstarter page for the new model and pledge your support for the EP500 series already !