Oppo introduced its Oppo Reno5 series in December last year, and since then has been expanding the family and playing with rebrandings. We’ve already got multiple rebranded Reno5 devices as well as new Reno5 variants. A recent example is the Oppo Reno 5 F which has been revealed for the mid-range segment. Now, the Ukrainian market is getting a new Reno phone dubbed Oppo Reno5 Lite. However, it’s not entirely new as we’ve seen it before as the Oppo A94 in the UAE and Oppo F19 Pro in India. In Kenya, the device goes by the Reno5 F moniker. Following the Reno5 family is becoming a hard task nowadays.

As we’ve mentioned before, the Oppo Reno5 Lite is based on the existing Oppo Reno5 F. For that reason, its specifications aren’t new. The handset boasts the MediaTek Helio P95. This chipset was unveiled last year as the top offering under Helio P-series. Unfortunately, it uses old 12nm architecture and is not on par with recent offerings from MediaTek like the Dimensity chips. However, it will still offer decent performance in moderate tasks and non-demanding games. The chipset comes alongside 8GB of RAM and 128GB of Internal Storage. It also comes with a microSD card slot allowing further memory expansion.

The Oppo Reno5 Lite flaunts a 6.43-inch AMOLED panel with FHD+ resolution. It has a top-left-aligned punch-hole that serves as a house for the 32MP selfie snapper. Since this is an OLED display, the fingerprint scanner can go inside the panel. The AMOLED nature of the display is what really makes it different from other devices in the mid-range segment. The only downside is that this is a 60Hz panel. Moving around to the back, we have a Quad-Camera setup comprising a 48MP primary camera, an 8MP ultrawide, 2MP macro, and 2MP monochrome modules. 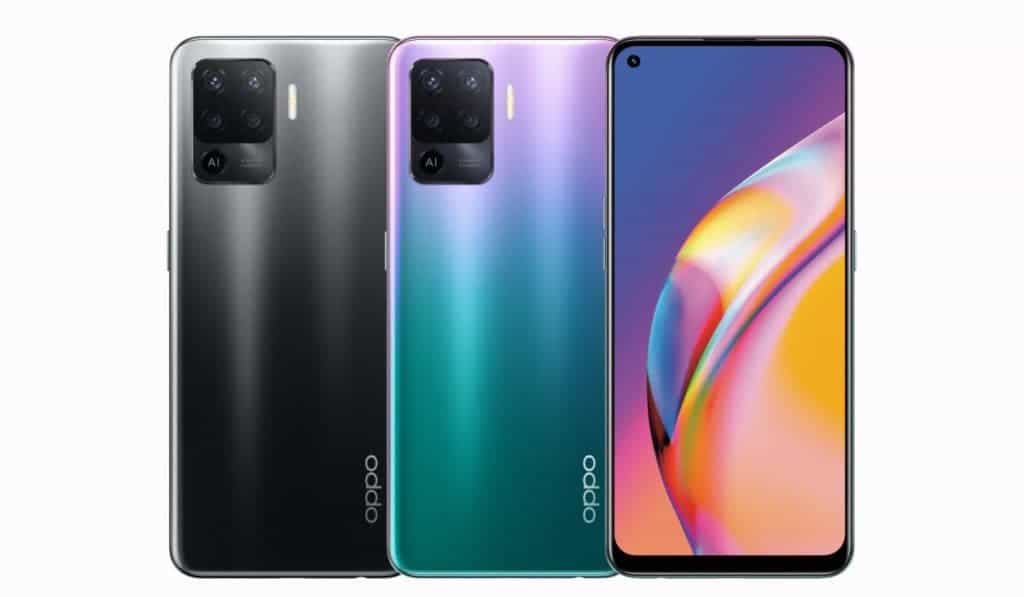 The Reno5 Lite draws power from a 4,310mAh battery which a satisfactory 30W VOOC Fast-charging. The phone runs Android 11-based ColorOS 11.1 software straight out of the box. Thankfully, the 3.5mm headphone jack is also safe in this handset.

Oppo is selling the Oppo Reno5 F for UAH 9,999 which is roughly $358. The phone is available in Fluid Black and Fantastic Purple colorways. We are curious to see if Oppo will keep releasing this device with different names in other markets.

Previous $1M funded in an hour! BLUETTI EP500/Pro with an impressive start