Huawei may be in a complicated situation when it comes to the smartphone market. Although the company no longer has the resource (read viable, authorized hardware) to keep releasing a multitude of smartphones every month, it will still bring new devices, even if in limited quantity. Based on this, multiple reports already suggest the arrival of the Huawei P50 series in the coming month. The devices will bring variants of the Kirin 9000 chip and cutting-edge camera technology. Moreover, these devices are expected to be the first phones to run HarmonyOS straight out of the box. A couple of weeks ago, the folks at OnLeaks revealed 3D renders of the Huawei P50 and P50 Pro. Both devices have a curious design with two large circles on an oval pill-shaped camera bump. The circles, however, were left blank. Now, another leakster, HoilNDI, has published renders of the previously unseen Huawei P50 Pro+, claiming to reveal what lives inside those circles.

We have to say that this camera setup is huge, but it’s really believable. The Huawei P50 Pro+ is a device that comes to impress users with cutting-edge specifications. So an advanced camera setup is something expected and plausible in this pricier variant. The Huawei P50 Pro+ brings the same oval-shaped cutout and it comprises a Penta-camera setup. It has a big periscope lens that sits above one smaller lens in the top part. The bottom part houses a triple-camera. Interestingly, there are six visible lenses, so we believe that it is a ToF sensor.

We recommend you digest these renders with a pinch or two of salt. After all, they might not be accurate. Last month, the very same leakster was showing a different layout for the P50 Pro+ rear camera. Even if the renders are based on actual insider info, makers usually try out different prototypes before settling on a final design. The Huawei P50 Pro+ launch is still a couple of months away. So it may be too soon to set things in stone.

Previous reports were suggesting the Huawei P50 series for March. But that certainly will not happen with just a couple of days left in the month and no words from Huawei. Apparently, since the sanctions against Huawei have not been eased off, the company had to delay the launch and cut production targets. There is no solid indication of when the P50 will be unveiled to the world. A more recent report suggests that the trio of flagships will hit the Chinese market in May. 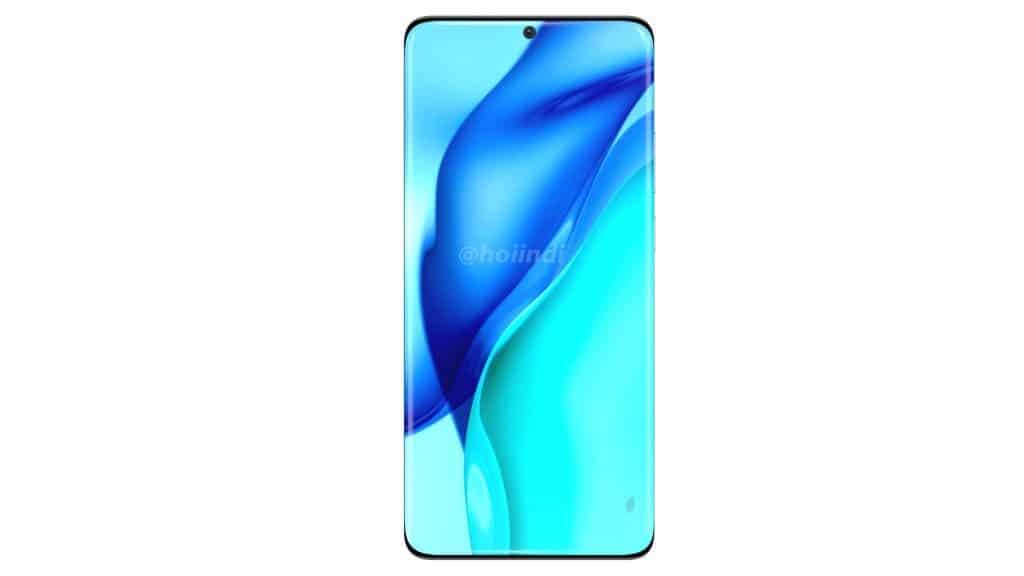 Coming back to the renders, the front shows a steeply-curved display that is the perfect definition of a waterfall design. It definitely looks curvier than the Huawei P50 Pro display. According to last year’s reports, Huawei will use Samsung and LG OLED panels on the P50 series. But again, this isn’t confirmed. The company may stick with BOE or rely on a domestic display company. In the end of the day, ensuring the Kirin 9000 chips probably is the hardest part.