Graphics Cards enthusiasts have been suffering from low stocks for their desired GPUs since the last year. What seemed to be a particular/segment problem is now a huge problem for the whole semiconductor industry. The fact is that there is a huge shortage in the global market of chipsets and the situation is getting worse by the day. A new report suggests that MSI (Micro-Star International), a popular name in the PC hardware market, is planning to increase the prices of its graphics cards. Since the arrival of NVIDIA’s new GeForce RTX 30-series and AMD’s Radeon RX6000 GPUs last year, there has been a monumental demand. According to MSI’s chairman Joseph Hsu, the increase in graphics card prices is due to the tight supplies that may persist through the end of 2021.

MSI: “despite the tight supplies, demand will still be growing until the end of 2021”

According to a report from Digitimes, during an investor conference on Tuesday, March 23, Hsu said that the end demand for PC hardware, including graphics cards, will likely stay strong for the rest of the year. Moreover, each product line’s shipments in 2021, after registering an on-year increase between 30 to 50 percent in 2020, may see another double-digit growth in 2021. 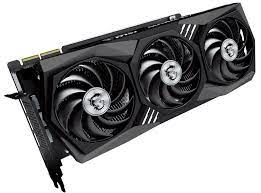 Worth noting that MSI has posted weaker than expected profits during the October – December 2021 period. According to Hsu, the appreciation of Taiwan’s currency delayed marine shipment schedules. It consequently increased transportation expenses. Moreover, the surging marketing expenses for year-end holidays have increased the company’s overall quarterly costs. Despite this, the company’s profits in 2020 were still the highest-ever on an annual level. The company saw net profits rose 42 percent on year to arrive at NT$7.96 billion ($276.97 million) in 2020. System products, including notebooks, desktops, and monitors, contributed 43% of the company’s consolidated revenues last year. Motherboards and Graphics cards accounted for 53% while other products counted for 4% of revenues. The company expects transportation expenses to fall after March as the global logistics are slowly resuming back to a normal state.

Despite the fact that some companies can’t still deliver the last year’s graphics cards, the market will keep its natural flow. I mean, that NVIDIA, for example, will bring its next NVIDIA GPUs in the second quarter. Even when customers are struggling to get the last year’s GPUs. We don’t believe that getting 2021 GPUs will be an easier task, moreover, the price will certainly be shocking. Intel is also set to deliver its 11th generation desktop processors with the new Z590 motherboards. Despite the current issues, MSI is expecting another rise in 2021.

Meanwhile, the crisis in the semiconductor industry will keep affecting the various segments in the tech industry. It is affecting distinct products such as PS5 and the iPhone 12 series.

Previous Moto G50 has its design revealed in press renders

Next Three super cheap phones on sale from Gearbest