Yesterday, the Moto G50 made its first appearance at China’s TENAA database. On that occasion, we got a first glimpse of the handset’s design, although TENAA renders never have a great quality. Now, we’re getting the best look in the handset thanks to official-looking renders of the phone. It corroborates with what TENAA revealed. The Moto G50 has a flat panel with a waterdrop notch and a triple-camera setup on the back.

The Moto G50 is the so-called Motorola Ibiza. The device has been leaking since the last year, and now we know that most of these Mediterranean names will be converted into Moto G series smartphones. The handset will come in Blue and Gray colorways, according to the source. The rear panel will also have a fingerprint scanner. So we will have a regular power button that sits on the right side alongside the volume rocker. A new addition is the Google Assistant-dedicated button that also sits in the right part of the frame. 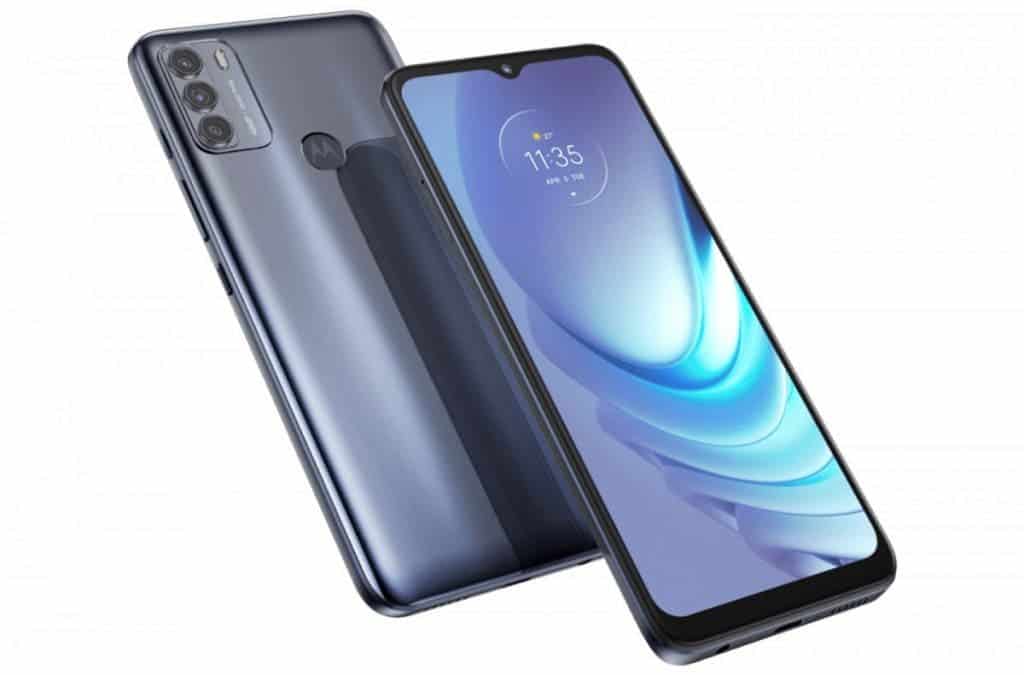 The press renders also reveals a 3.5mm audio jack in the bottom next to the USB-C port and the speaker grille. The phone also has a rectangular camera island on the back serving as a house for the 48MP primary camera. The other three sensors probably are ultrawide, macro, and depth cameras. This is a standard arrangement among mid-range smartphones.

According to the TENAA listing, the handset bears the XT2137-2 model number. It has 164,95 x 74,93 x 8,95 mm and will offer 5G connectivity which is a big surprise. The handset also has a 6.5-inch LCD with HD+ resolution ( 1,600 x 720 pixels) and a 90Hz refresh rate. The waterdrop notch serves as a house for the 13MP selfie snapper. TENAA confirms Android 11 straight out of the box. Moreover, the phone will draw powers from a 5,000mAh battery. Unfortunately, charging times will be capped at the sluggish 10W charging rate. 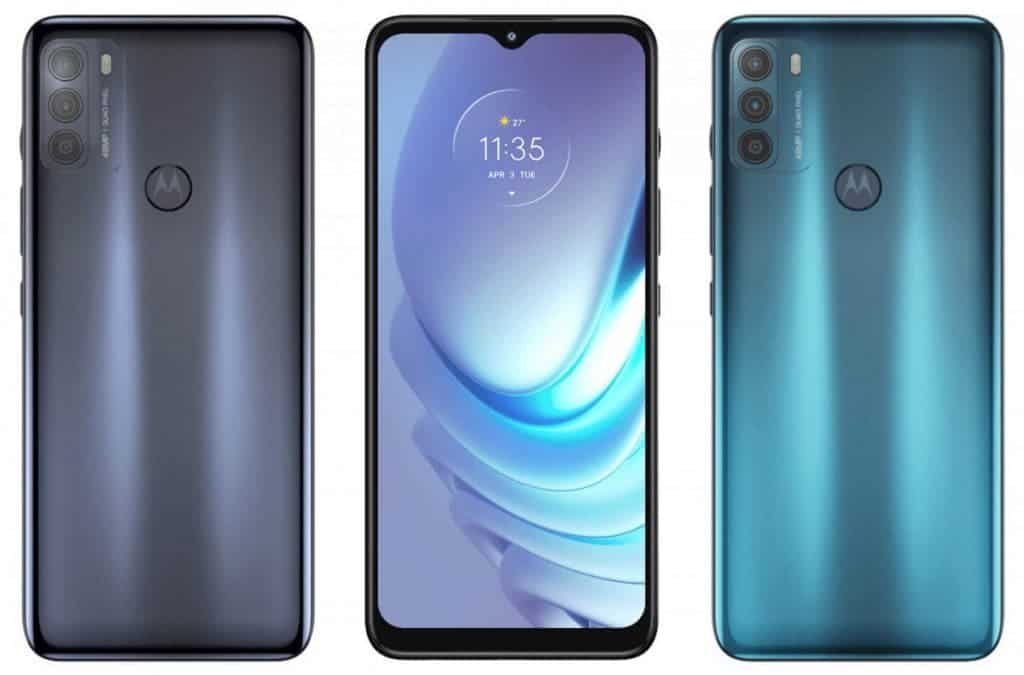 We’re not sure about the chipset giving power to this handset, but since it’s a 5G there are few possible choices. According to a recent report, the Snapdragon 480 SoC is the most plausible choice here. This chipset was unveiled earlier this year allowing companies to deploy cost-effective 5G smartphones. It’s not the most powerful smartphone SoC but can run standard apps without any issue. The Moto G50 will be paired with 4GB and 6GB of RAM with up to 128GB of expandable storage.