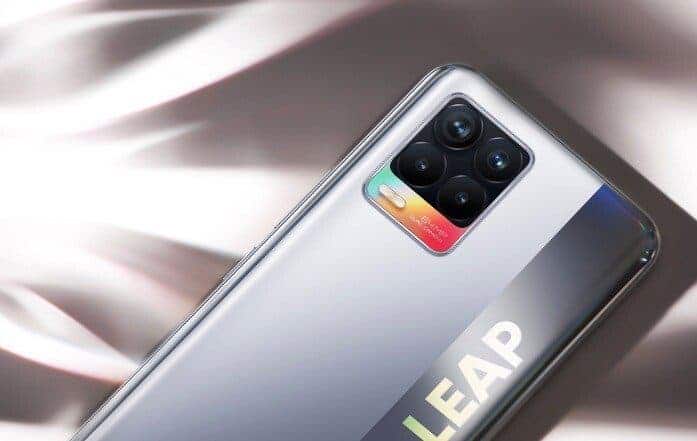 The camera module looks exactly like the Realme 8 Pro. However, there is a split design on the vanilla Realme 8. It comes in two beautiful color options of Cyber Silver, and Cyber black. I have to stay I like the silver color option as it looks unique. The device is light and slim just like the Pro version. It weighs 177 grams and is 7.99mm thick.

The Realme 8 also has a 6.4-inch S-AMOLED FHD+ display just like the Pro version. It does not have a high refresh rate. However, people will like the fact it comes with an S-AMOLED display and is an upgrade over IPS Panel used on the Realme 7. It also keeps the 180Hz touch sampling rate and 1000 nits peak brightness from the Pro version.

The Realme 8 gets powered by the MediaTek Helio G95 gaming chipset. It is an overclocked version of Helio G90T. I have tested Helio G90T on Redmi Note 8 Pro, and it was a beast. The Helio G90T was able to run PUBG Mobile on 60 frames per second, which was not possible from its Snapdragon counterpart. However, the chipset tends to heat up a lot hence Realme also added a copper liquid cooling technology. Ironically, Helio G95 will perform better (in terms of gaming) than Snapdragon 720G used in the Pro version. 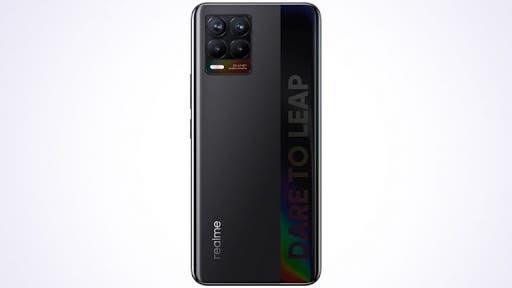 The camera is one of the differentiating factors between the Pro and the vanilla version. The vanilla version does not come with a 108MP shooter. The quad-camera setup of Realme 8 comprises 64MP primary, 8MP ultra-wide, 2MP macro, and 2MP B&W lens. Neon portrait, dynamic bokeh, dual-video, and many other features are present on the Realme 8. On the front, there is a 16MP selfie shooter.

The Realme 8 gets a slightly bigger 5000mAH battery as compared to 4500mAH in the Pro version. This is because the phone also does not have a 50W fast charging and comes with 30W charging support instead. However, the phone still comes with an in-display fingerprint scanner, which is a plus point compared to Redmi Note 10 series.

Read also: REALME 8 PRO LAUNCHED: IS IT REALLY A “LEAP”?

Next Moto G50 has its design revealed in press renders