Earlier this month, specifically on March 2 and March 3, Meizu officially released the Flyme 9 OS and Meizu 18 series respectively. The Meizu 18 series has two models which include a standard model and a Pro model. Both the Meizu 18 and Meizu 18 Pro comes with the Qualcomm Snapdragon 888 SoC. This is Qualcomm’s latest flagship processor which most flagship Android phones use. These smartphones use the Samsung E4 material SuperAMOLED screen with a resolution of 3200×1440. It has a peak brightness of 1300nit. 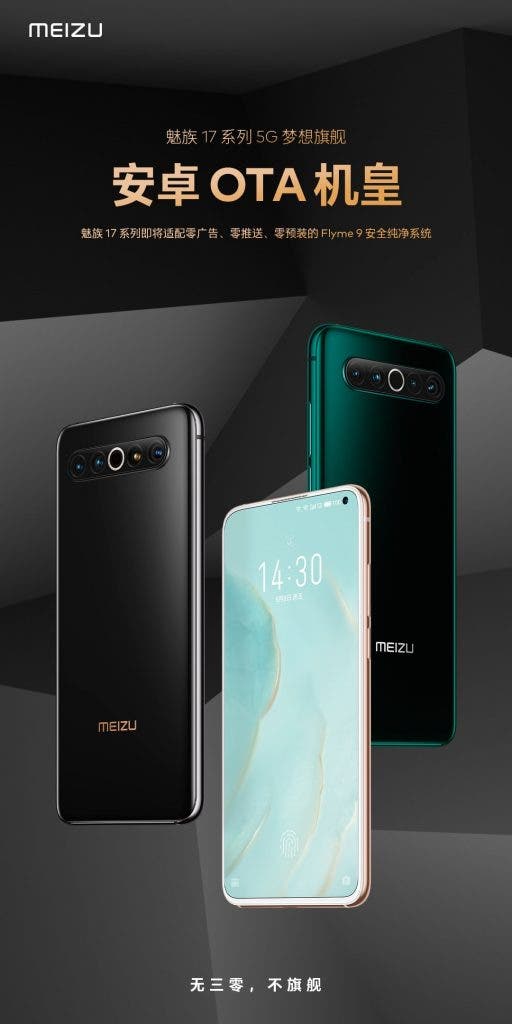 At the launch conference, Meizu stated that the screen of this phone cannot activate 2K+120Hz at the same time. However, a promise from the company shows that it will unlock this feature in the future. Well, the future is here and an OTA upgrade will bring this feature. Today, Meizu officially pushed the Flyme 9.0.1.0A system update for the mobile phone. This update unlocks the 120Hz refresh rate and QHD + resolution of the screen. With this update, users can activate both the 120Hz refresh rate and QHD+ resolution simultaneously. 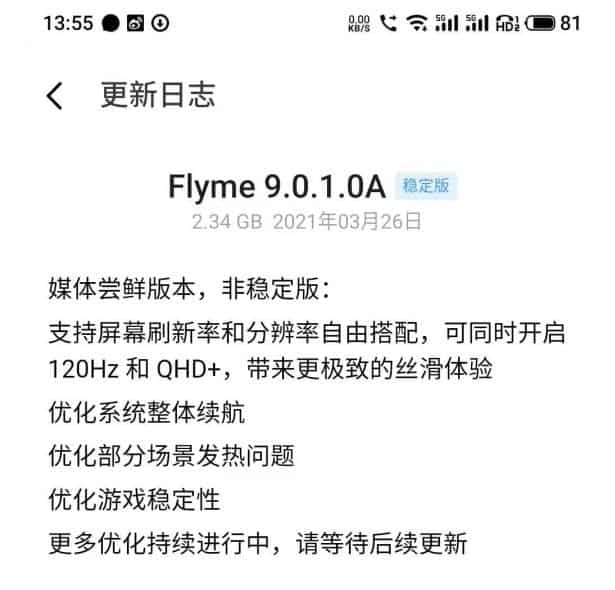 The size of this update is 2.43GB. For users who already have this update, once you download the update and the phone restarts, 120Hz and QHD+ can turn on in the settings. From the experience point of view, the 526PPI pixel density with the high refresh rate makes the subjective feeling of the mobile phone screen smoother and more delicate. This gives a full-scale performance of this OLED display.

Although the display is the major upgrade of update, it also comes with other features and upgrades. This update also brings a significant upgrade to the battery life of these smartphones. Furthermore, the overall performance of this series is also much better. In addition, this update also optimizes the heating issues of the battery. This allows the gaming performance of the Meizu 18 series to be more stable.

As of now, other smartphones from Meizu do not have this update. The Flyme 9.0.1.0A is currently only available for the media version of Meizu 18 series mobile phones. However, we expect that this OTA update will be available to all users of this series in the near future.

In addition, Meizu officially released a poster stating that the previous generation of flagship Meizu 17 series phones will launch the Flyme 9 system with zero ads, zero push, and zero pre-installation in May 2021.