Vivo launched the iQOO 7 in February as its true flagship for 2021. The launch was followed by the release of the iQOO Neo 5, a more affordable smartphone with the same gaming pedigree as its sibling thanks to the equally-excellent Snapdragon 870. However, iQOO still intends to fill the gap between the mid-range and high-end segment with a new device that has decent hardware for gaming. Based on this, the brand introduced the iQOO Z3 in China. The phone has a 120Hz display, fast-charging technology, and gaming inspirations. However, one of the most interesting characteristics is that it brings back the Qualcomm Snapdragon 768G to relevancy. This chip was introduced last year as a tweaked Snapdragon 765G but wasn’t much used by OEMs.

The iQOO Z3 has the Snapdragon 768G in two which is an Octa-Core with one Cortex-A76 core clocked at 2.8GHz, another at 2.4GHz, and a cluster of six Cortex-A55 cores clocked at 1.8GHz. The GPU is the same as the SD765G – Adreno 620 – but clocked at 750MHz instead of 625MHz. This represents a 20% increase in gaming performance. The Snapdragon 768G is connected to a heat pipe on the iQOO Z3 that leads to a graphite heat sink that then transfers the heat into the air. Vivo makes the bold claim that this system drops the chipset temperature by 10ºC.

The chipset is paired with up to 6GB or 8GB of LPDDR4X RAM. It comes with 128GB and 256GB of Storage (UFS 2.2). Unlike other iQOO phones, the storage can be expanded in this model with a microSD card of up to 1 TB. The phone runs OriginOS based on Android 11 straight out of the box. It includes the virtual RAM feature that brings an extra 3GB using the storage. Of course, this feature has its limitations. 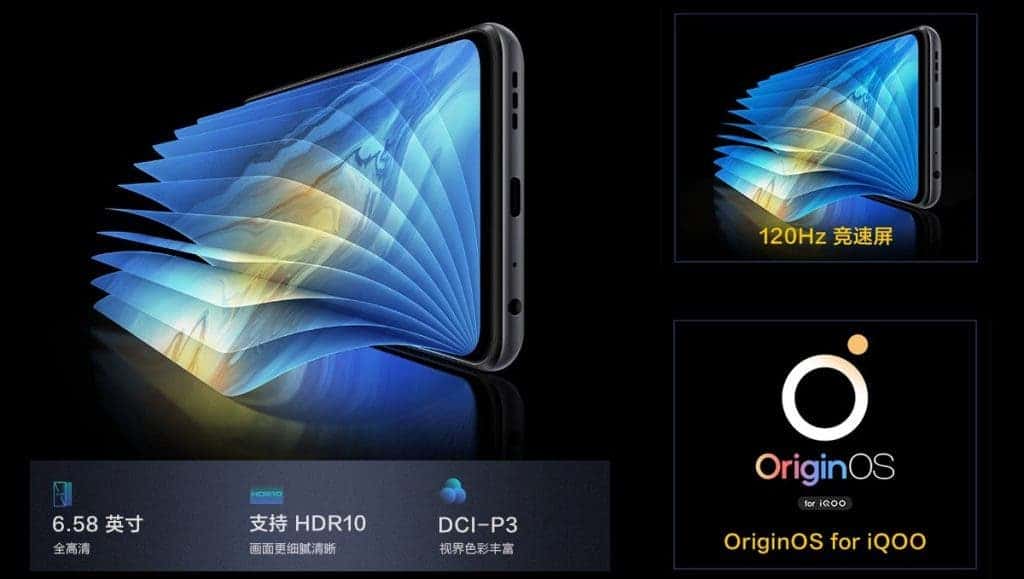 The iQOO Z3 flaunts a 6.58-inch LCD with FHD+ resolution and a 20:9 aspect ratio. The screen supports HDR10 and has a 120Hz refresh rate plus a 180Hz touch sampling rate. The phone has a teardrop notch that serves as a house for the 16MP selfie camera. It does face unlock our you can use the side-mounted fingerprint reader. 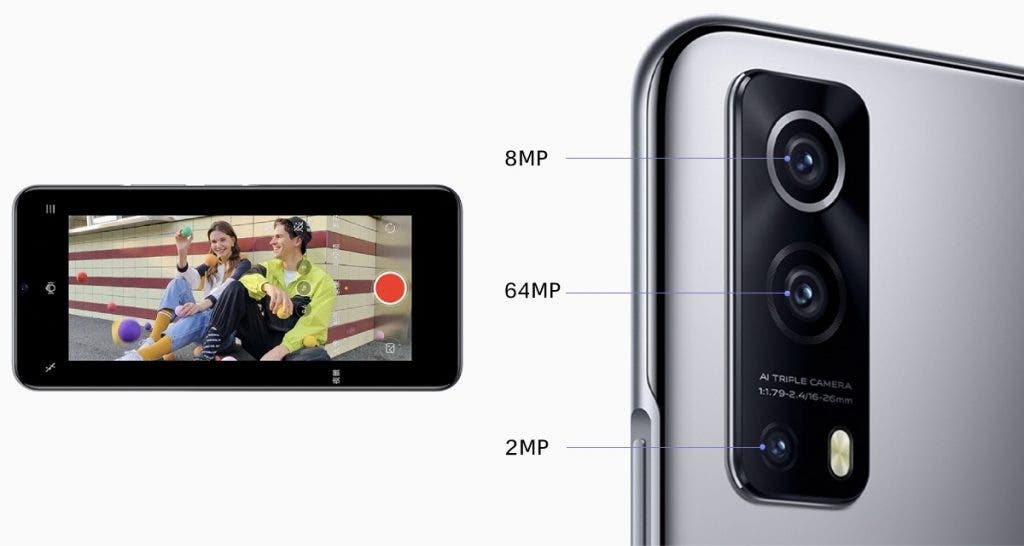 The iQOO Z3 does not disappoint in the camera department thanks to a 64MP primary sensor with an f/1.8 aperture. It can record 4K videos. Alongside we have an 8MP ultrawide camera with distortion correction and a 2MP macro camera.

Furthermore, the phone draws power from a 4,400mAh dual-cell battery with support for a 55W Flash Charge. According to the company, this is enough to take the battery from 15% to 60% in just 15 minutes. The good news is that the capable charging adapter is included in the retail package. The phone has a 3.5mm headphone jack. But if you want wireless, it comes with aptX HD and LDAC support. The phone also includes a 4D haptic feedback system providing a more immersive experience in gaming.

Thanks to the Snapdragon 768G the phone comes with 5G connectivity. Vivo has designed the phone with gaming in mind, so it carefully placed the antennas to ensure that they will work well in the landscape while you hold the phone with both hands.

Previous System Update is the "most sophisticated" Android malware making its round on the internet!