Huawei is struggling to keep its relevance in the smartphone market now that bringing its usual yearly amount of smartphones isn’t a possibility. Instead of bringing mid-range phones, the company will focus on the flagship segment. The company will unveil the Huawei P50 series. These devices were rumored to come in March, but due to issues with the ban, the company has reportedly pushed it forward. The fact is that the company was expecting to meet an agreement with the US government, now under Biden’s administration, but so far there are no signs that the ban will be lifted. Amidst the crisis, the company is preparing its HarmonyOS that will replace Android on its smartphones, and apparently both the new OS and flagship series are coming in the next month. 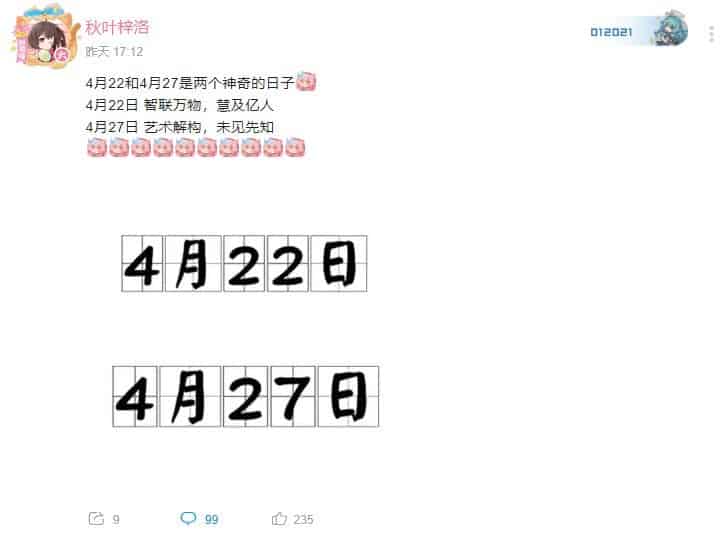 A Huawei staff member with @FoxSister moniker revealed that Huawei will hold two events next month. The events will be between April 22 and April 27. The theme of the press conference is “Wisdom Connecting Everything, Wisdom and Hundreds of People” and “Art Deconstruction, Meet the Future”.

Huawei will unveil HarmonyOS on April 24, Huawei P50 series is coming with the software on April 27

The first event probably stands for the release of HarmonyOS 2.0. However, it’s not clear if it refers to the HarmonyOS 2.0. For those unaware, it is expected to debut as the new operating system for Huawei smartphones. Besides, @BalanPanda revealed that Huawei will hold the Huawei HDC Developer Conference from April 24 to 26. The company will bring more details about its HongMeng System which is expected to make its debut on April 24. So, there is a consensus that a new iteration of HarmonyOS will be unveiled on April 24. Hopefully, it is the highly-anticipated version of its mobile OS for smartphones. 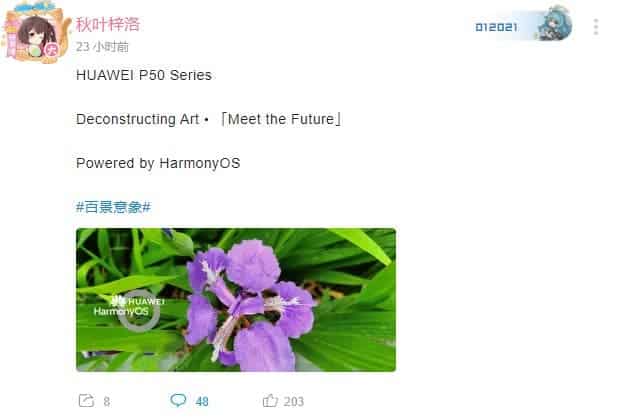 In addition to the above content, the blogger also posted a piece of content related to the Huawei P50 series running HarmonyOS. The post had the English tagline “artistic deconstruction”, which corresponds to the second release. While the P50 series seems to be really coming on April 27, it’s unclear if this refers to the Chinese or Overseas release. Rumors have it that the global release will happen in May.

The new Huawei P50 series will come with distinct variations of the Kirin 9000 chips. Due to the chips shortage, they will mostly be sold in limited quantities. Apart from that, the company will probably unleash three variants – Huawei P50, P50 Pro, and P50 Pro+.