The markets of Chromebooks have been growing slowly in recent years, but during the past two years, we’ve been seeing more players joining this trend of simple laptops powered by ChromeOS. Now, HP is about to bring a new model, presumably the HP Chromebook 11a, in the Indian market. A Flipkart teaser has gone live suggesting a launch for the new slate on April 8.

The teaser page reveals a Chromebook that is launching on April 8 in Blue color. It does not explicitly say that this is the HP Chromebook 11a. It highlights some features such as a 3.5mm audio/mic jack, Type-C port, and a microSD card reader on the side. Since it’s a Chromebook, the page also highlights the goodies surrounding the product. The list includes built-in Google Play Store, G Suite applications, and more. 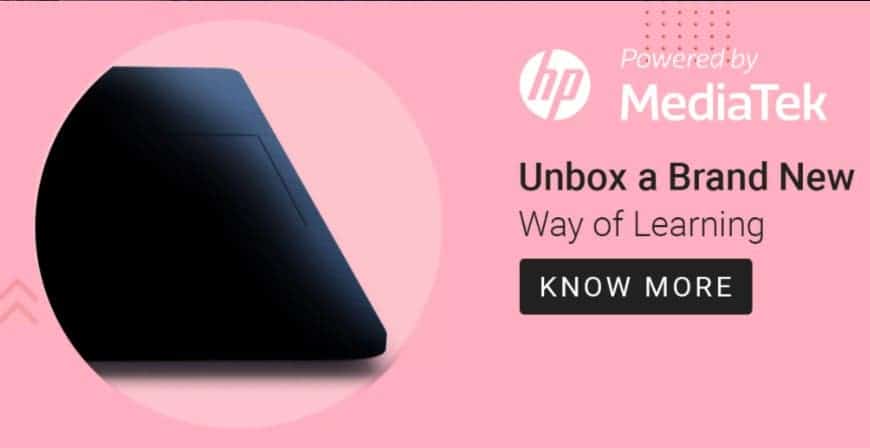 As we’ve stated there is no clear indication that this is the Chromebook 11a. However, an India Today Tech’s earlier report suggested that HP will soon launch a Chromebook in India under the INR 25,000 price segment. It is speculated that it could be the Chromebook 11a from 2020. Accordingly, the teaser page shows the first look and it matches with the model mentioned above. In the end, there is a strong chance that the rumored Chromebook 11a is really coming on April 8.

If that is the case, then we know some of the laptop’s specifications. The HP Chromebook 11a launched in India will pack an 11.6-inch HD+ display with 1,366 x 768 pixels of resolution just like the USA model. The display will have a maximum brightness of 220 nits and cover 50% of the NTSC color gamut. Under the hood, it is likely to feature a MediaTek 8183 processor clocked at 2.0GHz base frequency with a 2MB L2 cache.

The laptop will also come with 4GB of LPDDR4 RAM featuring a 3733MHz frequency. Storage will be of the quite old eMMC standard with up to 32GB. The Chromebook will also feature Wi-Fi 5 and Bluetooth 4.2. It also has a 37WHr battery with a 45W power adapter. Other features include stereo speakers, a 720P HP True Vision web camera, and without any surprise runs Chrome OS.

The pricing still is a mystery, so we’ll have to wait for April 8 to know exactly how much it will cost in India. Hopefully, it will come with an attractive price, after all, launching an expensive Chromebook there with so good laptops all around seems like a wasted opportunity.