Chinese manufacturing giant, Huawei, will unveil the Huawei MatePad Pro 2 tablet in a few weeks. In a recent revelation, the Chinese version of this tablet gets network certification. According to @DigitalChatStation, the Huawei MatePad Pro 2 appeared on TENAA. Previous report shows that Huawei will hold a high-end tablet global conference on April 27, but it may be further delayed. 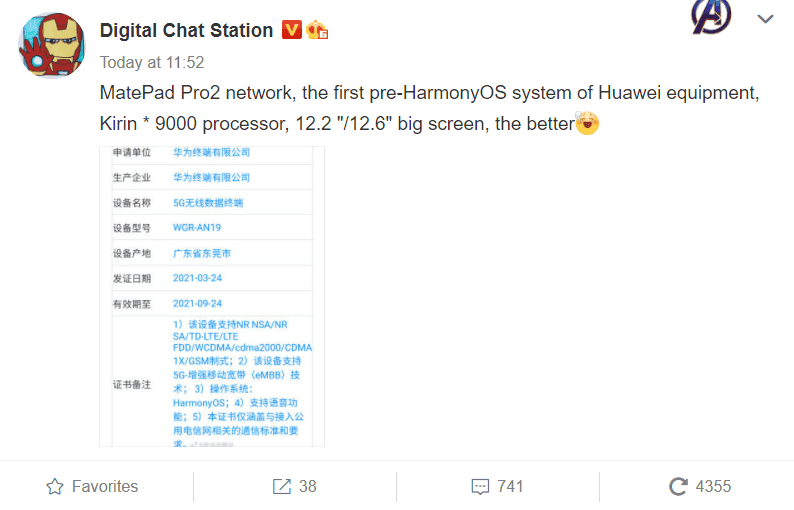 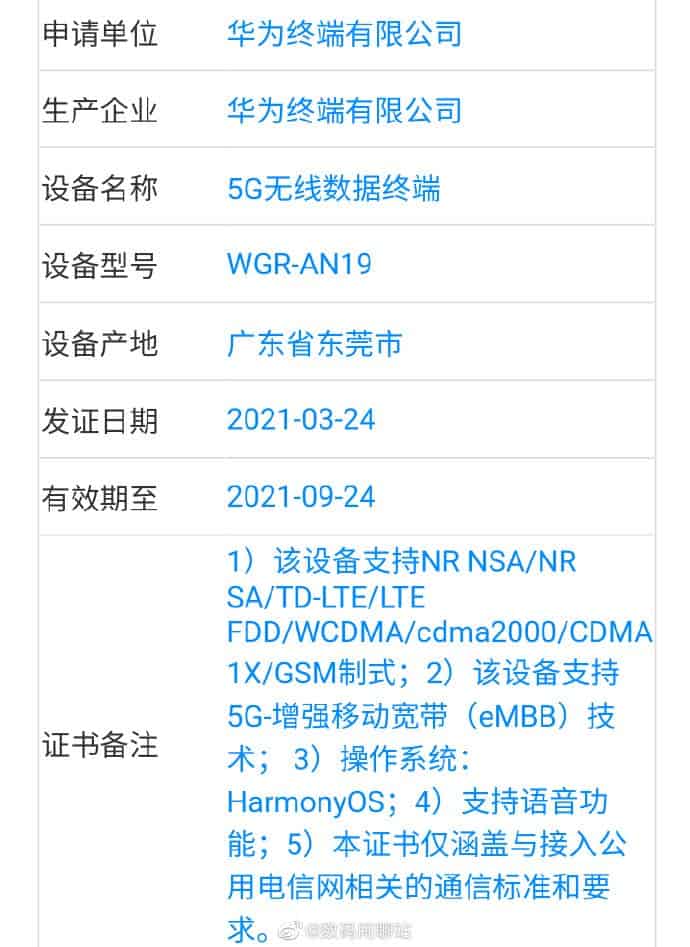 The certification also shows that this device supports the following

Huawei MatePad Pro 2 to arrive in a few weeks

According to previous launch date speculation, the Huawei MatePad Pro 2 will launch in May. Whether this device launch in April or May, we know that this flagship tablet will arrive in a couple of weeks.

In addition to the Kirin 9000 SoC, there will be two versions of this tablet. The company will have the 12.2-inch version as well as the 12.6-inch version. The difference between the display size of these two tablets will not be significant. While the 12.2-inch display will be supplied by Huaxing, the 12.6-inch screen will come from Samsung. Both devices will support a high refresh rate. The industry standard, for now, is a 120Hz refresh rate. However, we can not be too certain that the Huawei MatePad Pro 2 will use this refresh rate. It could as well be 90 Hz which is also high.

Previously, according to China Business News, Harmony OS Developer Beta 3 will be upgraded from March 31. The official commercial launch will take place in April at the earliest, and no later than mid-year at the latest.

Despite the ban on Huawei and the subsequent chip shortages, the company is still doing all it can to stay afloat. Though its smartphone business is struggling, the company is trying to hold on to its own.

Previous Xiaomi launched what Apple couldn't do: a charging dock like the AirPower