Today, a new smartphone with model number RMX2156 has been spotted on Indonesia Telecom. The very same device with RMX2156 description passed by certification sites like EEC and FCC recently. Now, the Indonesia Telecom listing brings us a clear idea of what this device really is. 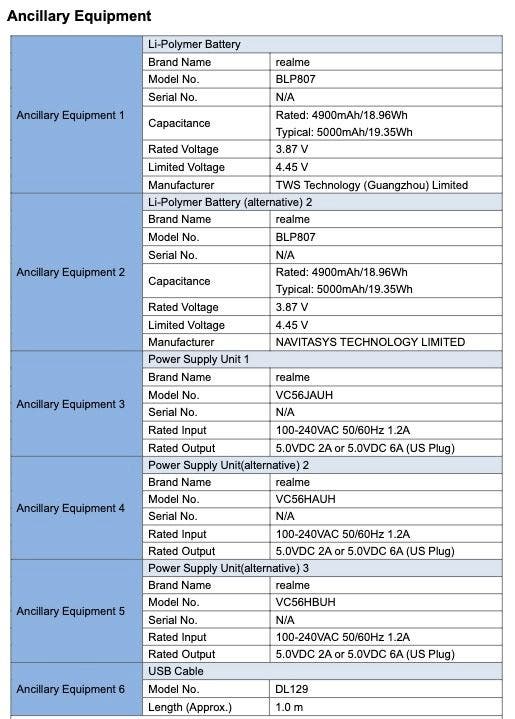 The new certification list was firstly spotted by the popular leakster Mukul Sharma. He shared a couple of screenshots showing the listing with the codename. The device in question is, in fact, the Realme Narzo 30 4G. The model number is the very same RMX2156. Further, the listing also confirmed that the handset will come with a huge 5,000mAh battery with 30W fast-charging. Curiously, it is listed with Realme UI 1.0 which means Android 10. Hopefully, this is just a mistake, after all, could Realme be preparing a new smartphone with outdated software?

Anyway, the listing also reveals the dimensions of the smartphone as 162.35 x 75.46 x 9.45mm and it weighs around 198 grams. On the connectivity side of things, the Realme Narzo 30 will support 4G networks. Apart from that, the listing didn’t reveal much about the specifications of the new smartphone.

Going with the FCC documents, the upcoming Realme smartphone is confirmed to launch with triple rear camera support. However, the listing does not bring any detail about the camera configurations of the handset. We can expect a 48MP camera to be present since this has become common among budget mid-range smartphones. The other two sensors probably are macro and depth shooters. We prefer an ultrawide camera any day, but at the Realme Narzo 30 possible pricing point, we don’t have great expectations. There is no info regarding the chipset giving power to this phone, but we can expect it to use a MediaTek chipset of some sort. Realme has been sticking with Helio G chipsets in certain budget smartphones, and one more certainly will not hurt.

Realme is yet to disclose details about this smartphone. Therefore, we need to take these rumors with a pinch of salt and wait for official info.