Samsung has just introduced its Galaxy S20 FE 5G in India. Interestingly, the device went official last year in the country, but only on its 4G version. Even though there’s no 5G network operating in India right now, the Korean firm decided to bring its appealing smartphone to the country. The reason? Many companies are launching 5G smartphones in India and the competition is growing exponentially in this particular segment. Many companies are launching 5G phones to be future-proof once the networks get ready. Samsung can’t lose space for the competition in an important market like India, hence, it has brought its “cost-effective” flagship.

The Galaxy S20 FE 5G is a special phone for those who didn’t enjoy Exynos chips. Instead of the Exynos 990 on the Galaxy S20 FE 4G, the new variant packs the Qualcomm Snapdragon 865 chip. However, the differences end here. The phone will have the same 6.5-inch flat display with a Full HD+ resolution. The display belongs to the AMOLED class and has a fingerprint scanner, 120 Hz of refresh rate, and a punch-hole for the 32MP selfie snapper.

Moving around to the back, we have a triple-camera setup living inside of a rectangular camera cutout. It comprises a 12MP primary, 12MP ultrawide, and 8MP telephoto units. The handset draws powers from a 4,500mAh battery with 25W fast wired charging. 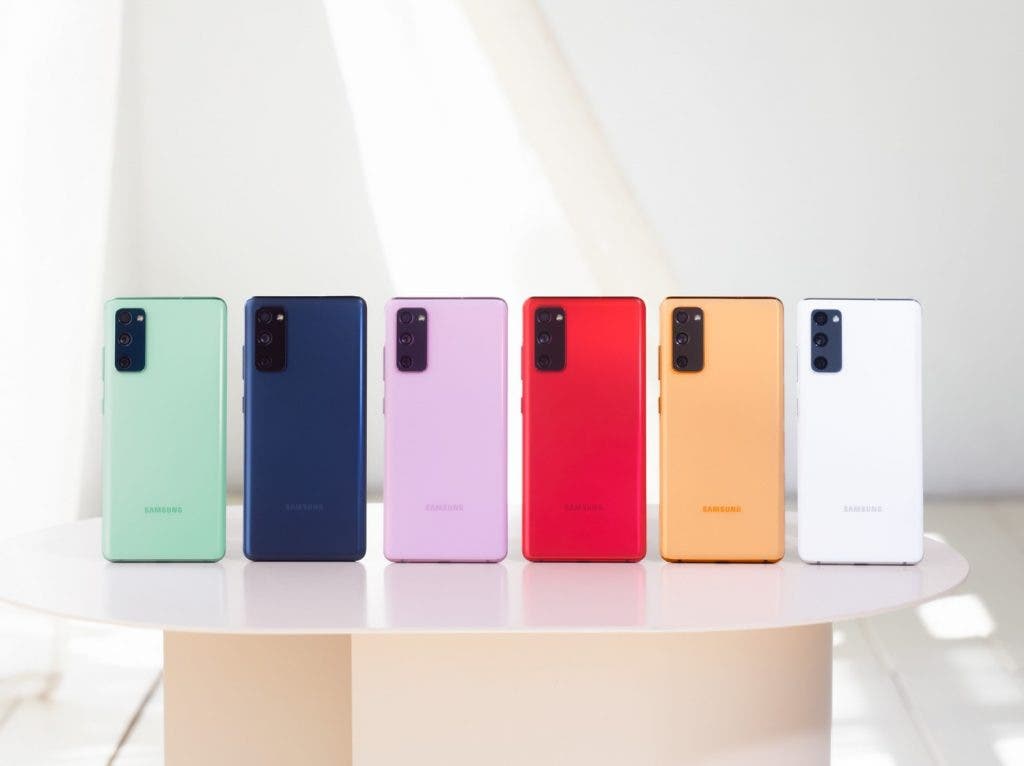 In India, the S20 FE 5G comes in a single variant with 8GB of RAM and 128GB of Internal Storage. Unlike the recently released Galaxy S21 phones, the S20 FE still has a microSD card slot allowing for further memory expansion. This sole configuration is priced at INR55,999 in India. That’s roughly $765 which is cheaper than this year’s flagships and last year’s models. Worth noting that early adopters will be able to pay INR 47,999 for the smartphone, that’s a $120 discount. The phone is available in Cloud Navy, Cloud Mint, and Cloud Lavender colorways from the company’s official Indian branch. Moreover, Samsung Exclusive Stores, Amazon. in, and other retail outlets across the country will also have the device available for purchase.

The Galaxy S20 FE arrived as a special edition smartphone or Fan Edition version of the S20. It’s cheaper than the standard phone and in certain aspects, it’s even better. It was well-received in multiple markets. The device went official with Android 10, but Samsung already rolled out a stable Android 11-based One UI 3.0 update for it. Due to the success of this particular phone, Samsung is already working on a Galaxy S21 FE for a late release in 2021.