No Cortana On iOS and Android

As explained in the Microsoft Cortana support page, starting this Wednesday, the Cortana mobile app is no longer supported. Plus, the Cortana app on the phone will no longer provide list and reminder functions. But Microsoft’s To Do app can automatically synchronize Cortana’s reminders, lists, and tasks. You can download the latter (To Do) for free on iOS and Android.

Cortana is the Microsoft version of Siri or Alexa. It’s an artificial intelligence-based personal assistant that can answer questions and complete small tasks. This mobile application of the same name was first launched in November 2018, but apparently it never gained a large enough user base in its short life. So Microsoft believes it is not worth maintaining.

In July 2020, the Redmond company stated that it would shift to a ‘transformative AI-driven assistant experience’ in its Microsoft 365 applications. The latter would involve a renewed focus on its ‘innovation and development’ field.

According to Grand View Research, in 2019, the market value was $3.7 billion. However, many devices currently support and use virtual assistants widely. Among them, we can mention products such as tablets, computers and smartphones. So logically, in the few next years, its market value will increase hugely. Another factor that makes this market develop is that ‘intelligent virtual assistant is capable of fulfilling a wide range of customer service roles such as ease to navigate, offer product information, assist customers in paying bills, and carry out transfers or complete forms, and direct problem queries to human agents in customer service.’ That’s why banks and financial institutions already integrate virtual assistants to attract more clients. In this regard, Microsoft seems to switch from the ‘traditional’ use of Cortana to the ‘enterprise’ use. 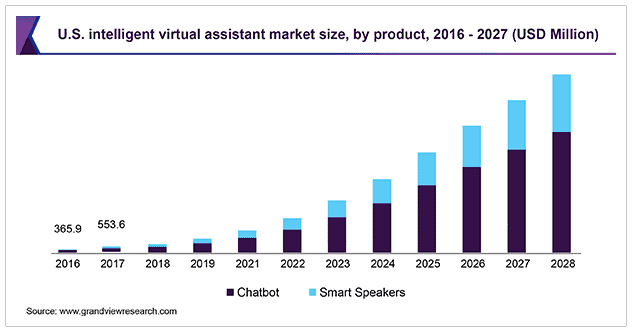 Previous Sony has announced the premiere of new smartphones

Next Coupons for the price/performance king POCO X3 Pro