Sony missed the MWC 2021 exhibition and did not present the new generation of flagships. It was decided to hold a separate event that will take place on April 14th. The upcoming event was officially announced today by the company itself, having published an announcement on its pages on social networks. 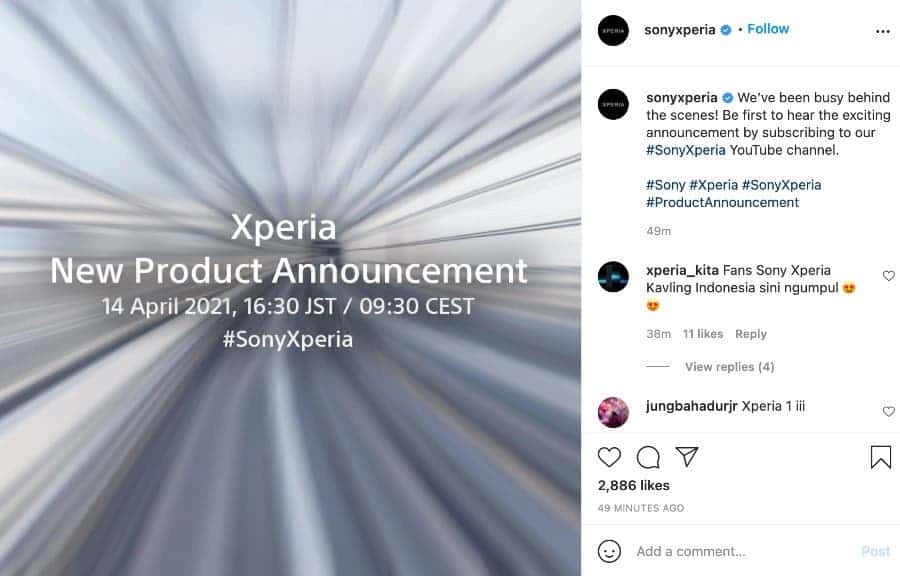 By tradition, Sony does not name the products, for the sake of the announcement of which it collects the event. We assume that the event will feature the Sony Xperia 1 III, Xperia 10 III and Xperia 5 III. The Sony Xperia 1 III will be the company’s new flagship and will feature a 6.5-inch 4K OLED screen with a 21:9 aspect ratio and 120Hz refresh rate, Snapdragon 888 SoC, up to 12GB of RAM and flash storage capacity up to 256 GB. They promise a 5000 mAh battery with fast 65-watt charging and a multi-module rear camera with a 64-megapixel main sensor, as well as an ultra-wide 12 megapixel. The price tag for the Sony Xperia 1 III could be $1,369.

Here is a reminder of the specifications of the previous generation Xperia 1 model:

There is no word on the specs of the Xperia 5 III; but we expect it to be a more compact version of the rumored flagship Xperia 1 III with lower specs. As for the Xperia 10 III, at the beginning of the year, renders of a smartphone appeared on the network, in the design of which continuity with its predecessor is visible.

Next Microsoft Cortana No Longer Supported On iOS And Android