Xiaomi recently unveiled its Mi 11 Ultra smartphone. It is their top-tier smartphone and comes with a lot of interesting features. Now, the smartphone is making its way to India. Xiaomi India officially announced that the Mi 11 Ultra is going to launch in India on 23rd April. Mi 11 Ultra is a unique smartphone thanks to its impressive cameras, a secondary display at the rear, and a very bold design. Let’s have a look at the device and talk about it in detail. 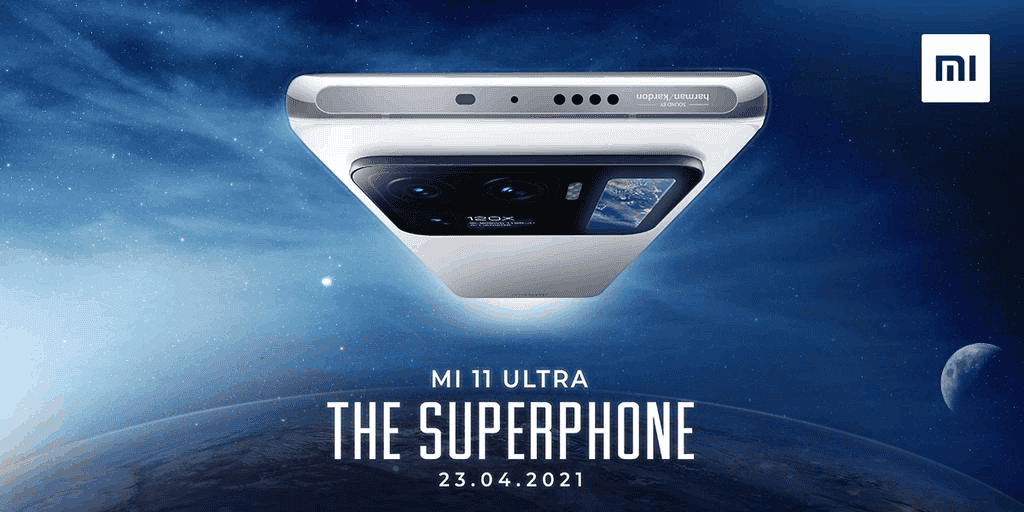 First of all, if you are wondering, the company only talked about Mi 11 Ultra’s launch in India. It is not clear if other Mi 11 smartphones will launch there or not. A total of four smartphones were unveiled at the global Xiaomi event. Including Mi 11 Ultra, Mi 11i, Mi 11 Lite, and Mi 11 Lite 5G. Since the Mi 11 Pro is a China-only model, it is not counted. Yesterday, Xiaomi launched the Mi 11 Lite smartphone in Pakistan. Hence it is possible that other Mi 11 phones will also arrive in India. As of now, only the Ultra has been confirmed to launch.

The Mi 11 Ultra comes with a 6.81″ 120Hz QHD+ AMOLED display. It has an in-display fingerprint scanner and a very small punch-hole notch. A slew of features makes this Ultra Phone stand out from its competitors, such as Corning Gorilla Glass Victus and Dolby Vision support Moving forward to the camera department, the Mi 11 Ultra features a triple rear camera setup. It is led by a 50MP primary, 48MP periscope telephoto, and 48MP ultra-wide sensors. It supports 8K video recording. Besides the huge camera module, there is an AMOLED screen that lets you check the battery, notifications, and take selfies. On the front, there is a 20MP selfie shooter.

Coming to performance, Snapdragon 888 SoC is powering the Mi 11 Ultra. This smartphone has a battery of 5000mAh that can be fast-charged at 67W by wire as well as wirelessly. Other notable features include IP68 rating, ceramic back, Harman Kardon speakers, and 5G support. In a nutshell, this smartphone is a beast. However, it is also very expensive in the global market. We will have to wait and see at what price Xiaomi India is able to price this phone. Would you prefer it over the other flagship devices from Samsung & Apple? Let us know in the comments section below.

Read also: OPPO F19 IS COMING TO INDIA WITH THESE SPECIFICATIONS

Previous Oppo F19 is coming to India with these specifications

Next Here is the thinnest 5G smartphone ever: uses a magnesium alloy frame