Chinese manufacturing giant, Xiaomi, started out as an internet company back in 2010. However, after a year of operating as an Internet company, it released its first smartphone. At the start of its smartphone business, Xiaomi was basically focused on the online sales platform. However, a few years ago, the company saw the need to be closer to Mi fans. To this end, it started a campaign that will allow it open thousands of offline stores / Mi Home across the world. 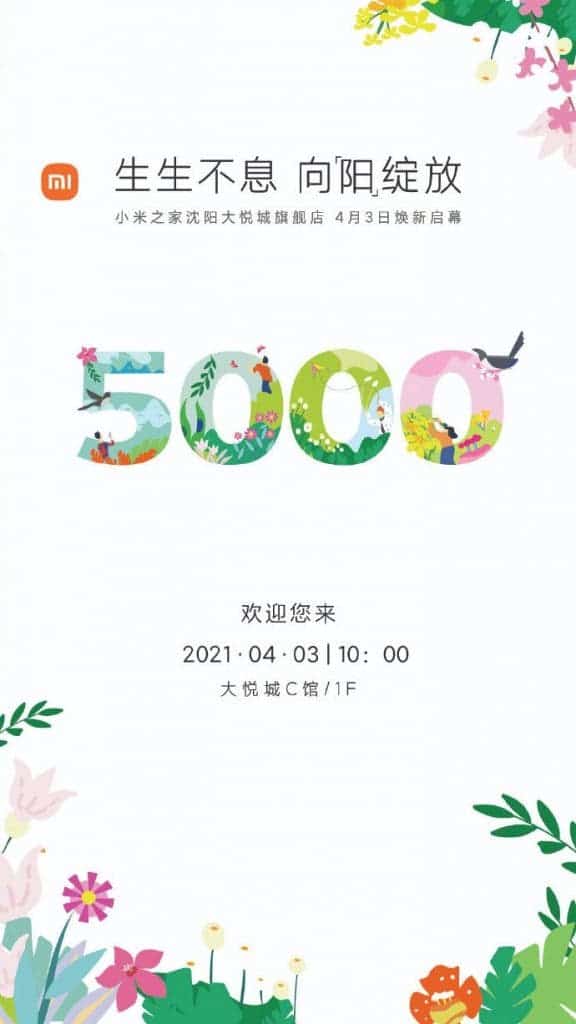 Over the years, the campaign has been quite successful. The company now has thousands of Mi Homes in different parts of the world. According to Xiaomi’s official WeChat account, the company will open its Shenyang Joy City flagship Mi Home on April 3rd. Interestingly, this will be the company’s 5000th Mi Home globally.

This is a huge achievement for Xiaomi which only started to open Mi Homes a few years ago. Unfortunately, the company did not give details of the opening event for this store. This means that we have no idea of the inventory of the Mi Home. Nevertheless, since this Mi Home is in China, we expect it to have a couple of new devices from the company.

At the official launch of the Redmi Note 9 back in November 2020, Lu Weibing set a target for Xiaomi. At the time, he said: “In the coming year, every county will have a Xiaomi home, and every Mi Fan will have a Xiaomi home by their side”. This reiterates Xiaomi’s desire to be closer to Mi Fans and its customers. So far, Xiaomi’s plan of bringing the Mi Home close to every Mi Fan is proceeding smoothly. After it covers a huge part of China, it will move to India. The company already has a good number of Mi Homes in India. However, not as much as China. India is Xiaomi’s most important market. The company has been on top of the Indian smartphone market for about two years consecutively.

Recall that back in January, Xiaomi created a new record by opening thousands of Xiaomi Stores simultaneously. Specifically, Xiaomi opened 1,003 Mi Stores simultaneously and they started operation immediately. The company is now hoping to completely cover more cities and counties. According to its recent report, the Xiaomi Home county-level coverage for Jiangsu and Henan is complete.