Chinese manufacturing giant, Huawei, has been working on its HarmonyOS for a couple of years. Even before the official announcement of this new operating system, it has been in development for a long time. While other devices now support this system, we are yet to see it on smartphones. To make it compatible with smartphones, the system needs some upgrading. This is what Huawei is working on presently. At the end of March, Huawei released the HarmonyOS Beta3.0 for developers. 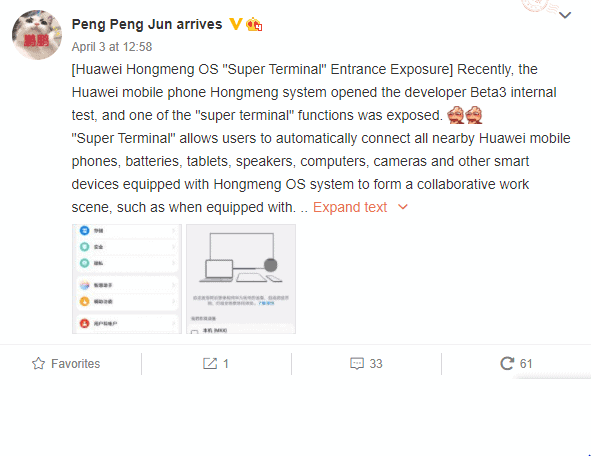 A new report from a Weibo blogger shows that this system comes with a “super terminal” function. The “super terminal” allows users to automatically connect all nearby Huawei mobile phones, batteries, tablets, speakers, computers, cameras, and other smart devices that use HarmonyOS. With this swift and seamless connectivity, HarmonyOS can easily form a collaborative work scene. 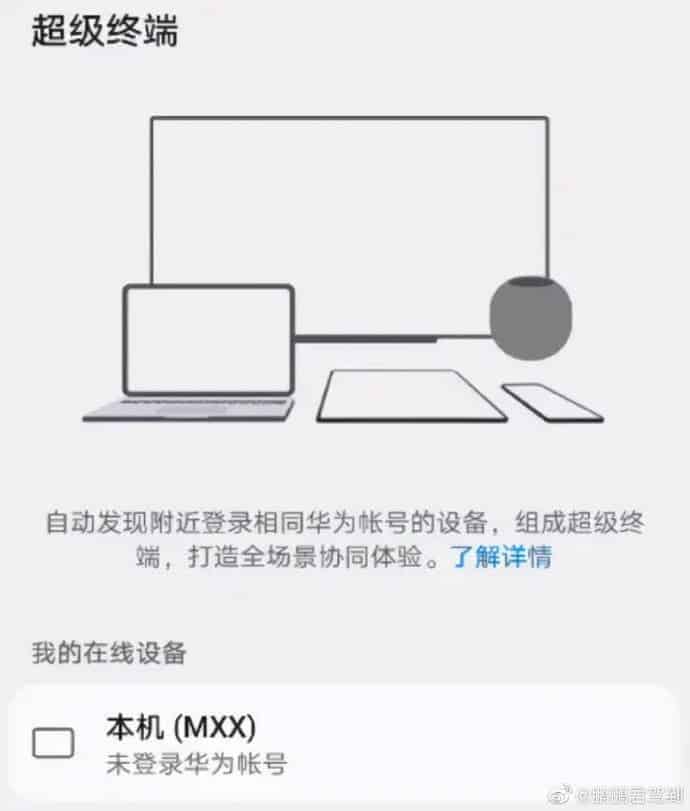 There have been reports that HarmonyOS will focus on the Internet of Things. This effectively promotes Internet of Things connectivity. Once two devices with HarmonyOS are close to each other, it takes little or nothing to connect them together. On your mobile phone, you can directly and easily push contents to nearby computers, tablets, etc.

The leaker believes that this feature is also important for Huawei’s “multi-end collaboration and multi-end circulation” feature in the HarmonyOS. According to Yu Chengdong, Huawei’s flagship smartphones will commence upgrading to HarmonyOS in April. Specifically, there are reports that it will commence on April 14th.

Will Huawei be the only manufacturer to use HarmonyOS?

Certainly not. Huawei’s HarmonyOS is an open-source project just like Android. However, Huawei who is the creator of this system will have to use it first then other manufacturers will follow. With the attack on Chinese companies like Huawei and ZTE by the U.S., other Chinese companies are not comfortable using U.S. technologies. They only do so because there is no alternative for now. They know that the U.S. could wake up one morning and decide to add more companies to the entity list.

Meizu is only one of many Chinese manufacturers that are currently watching the progress of HarmonyOS. However, make no mistake about this, HarmonyOS is a very long way from AndroidOS. It will take years if not decades for both systems to be on par. This can only happen if Android stalls and HarmonyOS continue to grow.

Next OnePlus Watch supports 50Hz refresh rate and other functions