The Oppo Reno6 series has been exposed before and all the models in this series use different processors. According to previous reports, this series will have three models. These models will come with MediaTek’s Dimensity 1200, Qualcomm’s Snapdragon 870, and Snapdragon 888 chips. 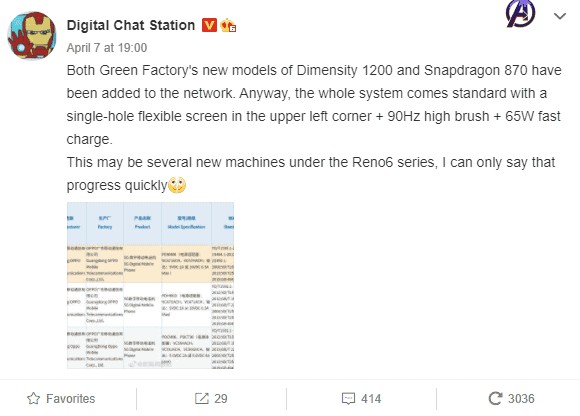 Yesterday, a couple of Oppo smartphones got 3C certification. According to DSC, the new smartphones will come with MediaTek Dimensity 1200 and Snapdragon 870 chips. Furthermore, all the devices come with a single punch-hole display in the upper left corner. Also, these displays all support a 90Hz refresh rate as well as a 65W fast charging capacity. According to the report, this device is most likely the Oppo Reno6 series.

It can be seen from the certification information that the new phone models are PENM00, PDHM00, PDCM00, PDCT00, PCLM50, PDSM00, PDST00, and PEPM00. We expect to get more information from Oppo in the coming weeks. 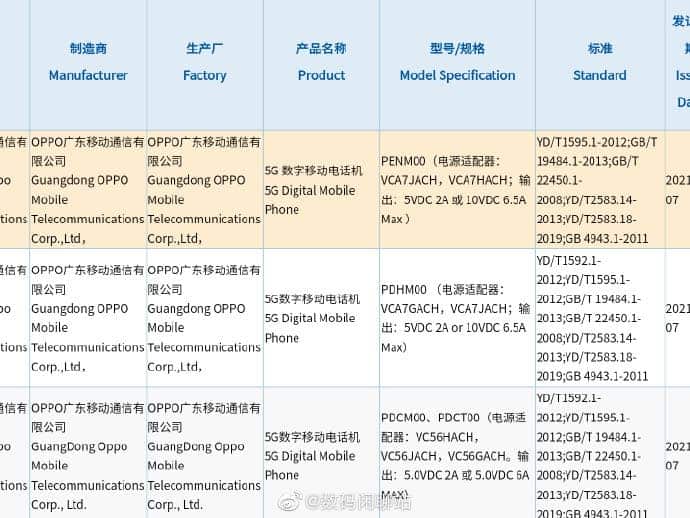 In addition to the 65W fast charging capacity and the 90Hz refresh rate, there are reports that the Oppo Reno6 will use a battery of around 4,500 mAh. This device will also come with an AMOLED display that supports an on-screen fingerprint sensor. The Oppo Reno6 will use the MediaTek chip, MediaTek MT6893, which turns out to be the Dimensity 1200 SoC.

In addition to the processor, the Oppo Reno6 will also come with up to 8GB of RAM and 128GB of internal storage. However, there may be more variants as this 128GB may be the basic model. We also expect this device to come with ColorOS 11.1 on top of Android 11 out-of-the-box.

Next Lenovo Legion 2 Pro announced as the best gaming smartphone