Last year, Samsung released a new variant for its Galaxy S20 series in the form of Galaxy S20 FE or Fan Edition. After a number of leaks and rumors, the company finally unveiled the cheaper flagship in October. The device was a great hit and quickly become one of the company’s best-selling smartphones in 2020. For that reason, a sequel is more than assured. We’ve been hearing rumors about the Galaxy S21 FE since February which is a bit surprising since the standard Galaxy S21 went official in January. Apparently, Samsung will not take too much time to bring a Fan Edition of its current flagship series.

Yesterday, the leakster Steve H, known as OnLeaks, has unveiled that the design of the Fan Edition smartphone will follow the design language introduced with the Galaxy S21 with a new camera bump. This time, however, the rectangular island will match the color of the rear panel instead of serving as an accent. The letter states, that the phone will measure 155.7 x 74.5 x 7.9mm, however, the overall thickness grows to 9.3mm when you consider the camera bump. The handset will be slightly bigger than the vanilla Galaxy S21. The frame will be metal, however, the back panel will be made of plastic and Samsung will bring it with a frosted effect to make it look less cheap.

According to recent rumors, the new smartphone will make its debut a little bit earlier than usual. The reason? Samsung has launched the Galaxy S21 series much earlier than its traditional February-March launch schedule. The trio of flagships reached the market on January 14. So, we won’t be surprised to see the Galaxy S21 going official in the next months. With the possible cancellation of the Galaxy Note 21 series due to chips shortage, the new cost-effective may fill the gap left by the Galaxy S21 FE series. 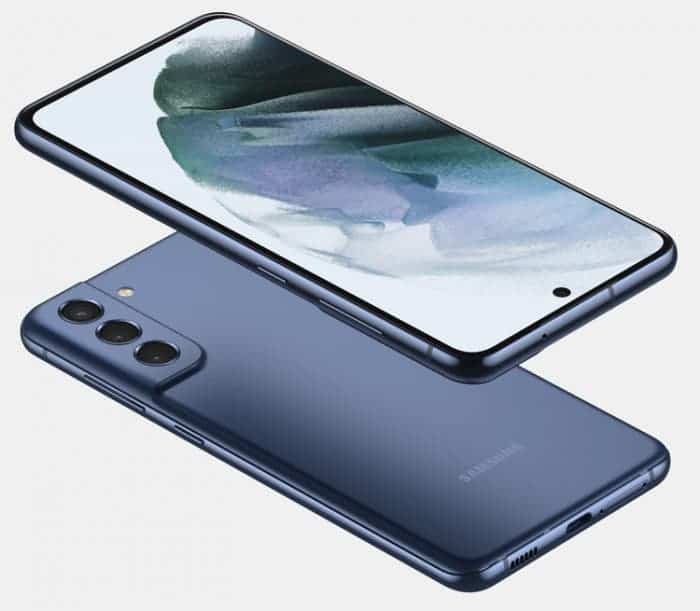 It’s not a surprise to see Samsung sticking with this plastic design, after all, the company returned to this material with the Galaxy Note 20. The company’s frosted plastic turned to be a very successful choice. In the end, the company needs to cut some corners to make this Galaxy S21 FE cheaper than its siblings on the traditional S21 series.

According to rumors, the Galaxy S21 FE may come with a 6.4-inch flat panel, of course, we expect this panel to be of the AMOLED kind. Moreover, it is likely coming with FHD+ resolution and a high-refresh rate. There is a punch-hole cutout in the middle serving as a home for the selfie snapper. Moving around to the back, the rectangular cutout will comprise a triple-camera array. The original Galaxy S21 packs a main 12MP camera, 64MP telephoto lens, and a 12MP ultrawide camera. We assume that there will be certain downgrades on the S21 FE. The phone will probably lose its 64Mp telephoto lens in favor of a less capable camera.

The original S20 FE came with Snapdragon 865 chipset. For this year, Samsung has more options in the “cost-effective-flagship” segment like the Snapdragon 870. Hopefully, it will pack the Snapdragon 888. Of course, Exynos variants are also possible.