After an entire year of hiatus, Samsung is about to revive its Galaxy A80-series with a new smartphone dubbed Galaxy A82. The first Galaxy A80 is one of the most interesting smartphones from Samsung since the Galaxy A-series introduction. The device came with a bezel-less display without any kind of notch or cutout. Samsung equipped it with a motorized rotating camera that could be used as a rear camera or front-facing snapper. Unfortunately, this kind of design language using pop-up or sliding camera mechanisms is dying in favor of the punch-hole designs. The Galaxy A82 will not be an exception as a set of leaked shots points it with a punch-hole display and traditional design.

According to recent leaks, the Galaxy A82 will come with the alleged name Quantum2 in some markets. Today live shots from Chinese platform Weibo confirmed the phone’s design – plain black with a triple-camera setup in a rectangular bump. As abovementioned, the phone’s display will bring a center-aligned punch-hole while the plain back will serve as a home for a rectangular-shaped camera bump with three units. 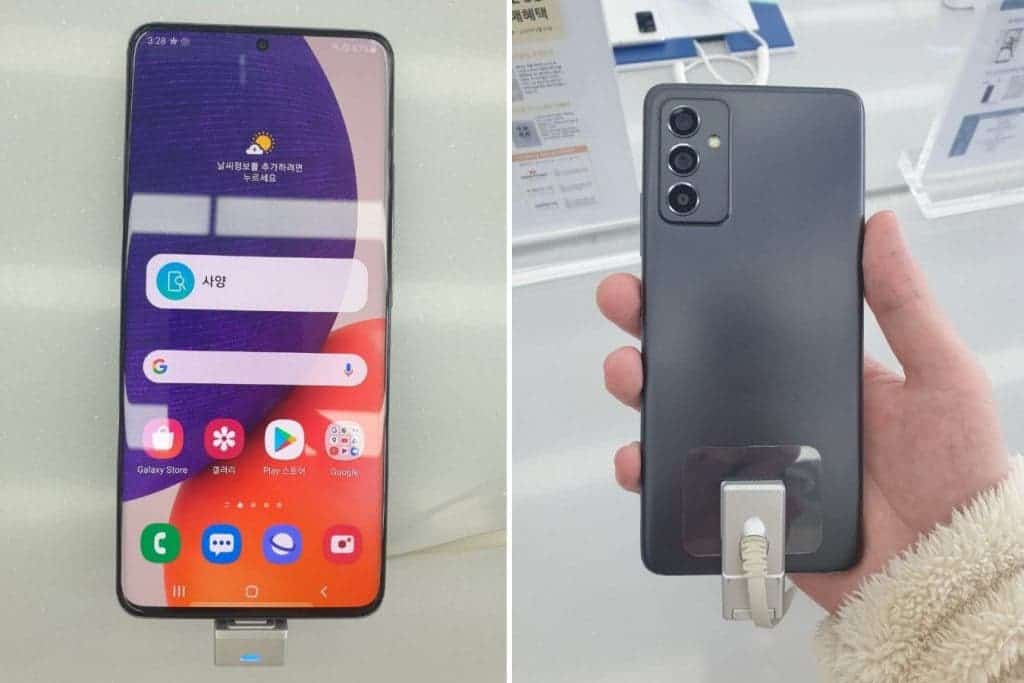 Without a cutting-edge or innovative design, what will make the Galaxy A82 an interesting device? Apparently, this will be Samsung’s response to the increasingly popular flagship-killer segment. We’re not expecting the smartphone to be cheap. However, it will still be cheaper than the company’s flagships with a Qualcomm Snapdragon 860 chipset. The leaked shots also show a 2.5D curved display and we assume this is a 6.7-inch Super AMOLED panel. The triple-camera array probably is led by a 64MP shooter, but this can’t be confirmed right now. The main camera will come with Optical Image Stabilization. Unfortunately, the other sensors are still a mystery.

The Samsung Galaxy A82 will have a 120Hz refresh rate and since there is no visible scanner, an under-display fingerprint scanner. The cost-effective flagship chipset comes with 6GB of RAM and 128GB of Internal Storage. Of course, just like other Galaxy A smartphones, the A82 will support microSD cards. We can discard more variants though. 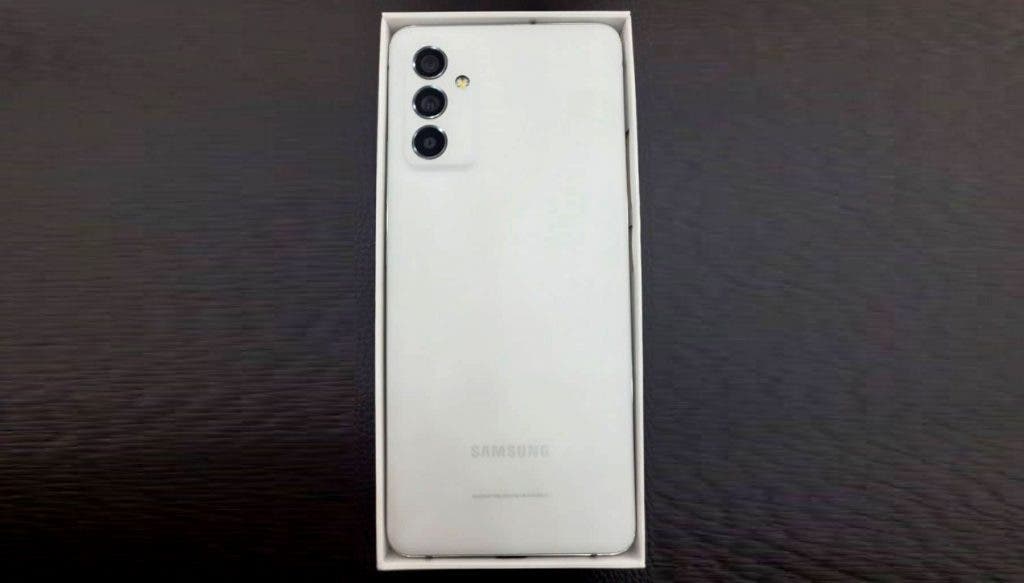 The handset draws power from a 4,500mAh battery with 25W fast charging. However, Samsung will provide only a 15W adapter. At this point, we can’t complain about that, since there is a tendency for removing charging adapters.

Interestingly, the retail package of the Galaxy Quantum2 includes a transparent case and headphones. Of course, we don’t know if this is a region-specific thing, or standard Galaxy A82 units will also have these gifts.