Samsung recently revealed a teaser video of its upcoming Galaxy Unpacked event on its official YouTube channel. The next Galaxy Unpacked is scheduled for April 28 and is touted to bring the ‘most powerful Galaxy‘ device. Of course, the chaebol is not talking about any new smartphone or wearable. Instead, we’re looking at some new notebooks from the brand. Samsung will showcase three new laptops under its Galaxy Book lineup: Galaxy Book Go, Galaxy Book Pro, and Galaxy Book Pro 360.

Galaxy Book Go now appears on WiFi Alliance for yet another certification! 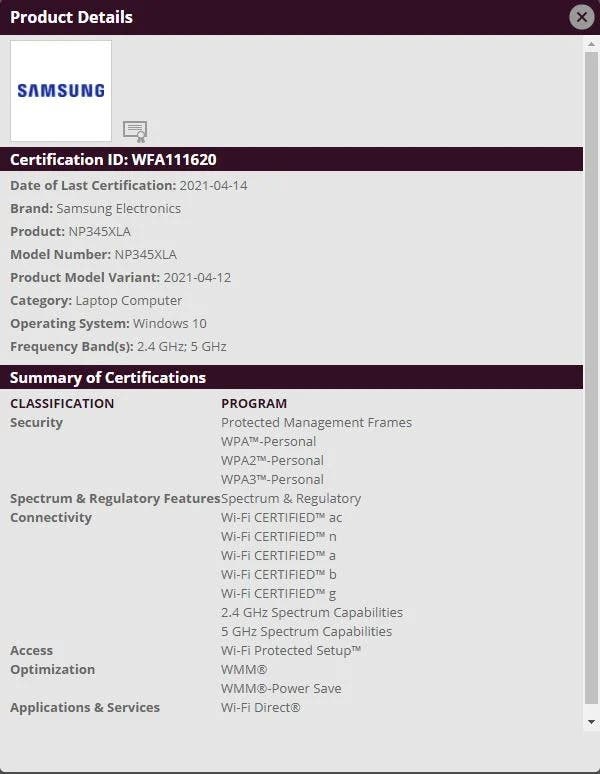 Samsung’s upcoming Galaxy Book Go is supposed to be the cheapest offering out of the three. For the last couple of days, the laptop is getting a lot of attention as it is making its way to new regulatory bodies for approvals. After making its way to FCC, Galaxy Book Go has now surfaced on WiFi Alliance listing for certification. The laptop will arrive in two different model numbers – NP340XLA and NP345XLA. 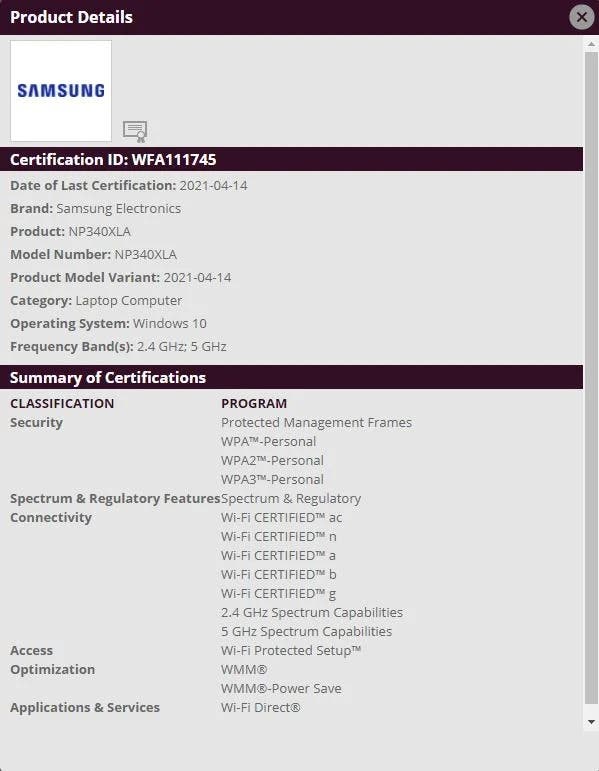 The listing confirms that the upcoming laptop will run on the latest version of Windows 10. The listing also described this notebook as a ‘Laptop Computer’ and mention no detail related to the moniker. Thanks to the model numbers, we know it’s Galaxy Book Go after all. It’s WiFi Alliance we’re looking at, meaning we don’t expect it to reveal anything big about the product. Well, that is the case indeed.

The arrival of this laptop on the WiFi Alliance database hints towards the imminent launch. All of these make sense as the company is hosting its upcoming Galaxy Unpacked event later this month.  It would be interesting to see whether we’re going to hear more about the laptop before its official unveiling.  Even if that doesn’t happen, we still have a solid foundation of what to expect as the specifications were uncovered weeks ago.

Here’s what to expect from the upcoming laptop

Back in February, a leak managed to reveal all the key information related to the Galaxy Book Go laptop. Well, here’s a quick summary of what the laptop is expected to bring to the market.

Hopefully, we’ll hear more about the Galaxy Books Go laptop in the coming days, especially the details surrounding the pricing.