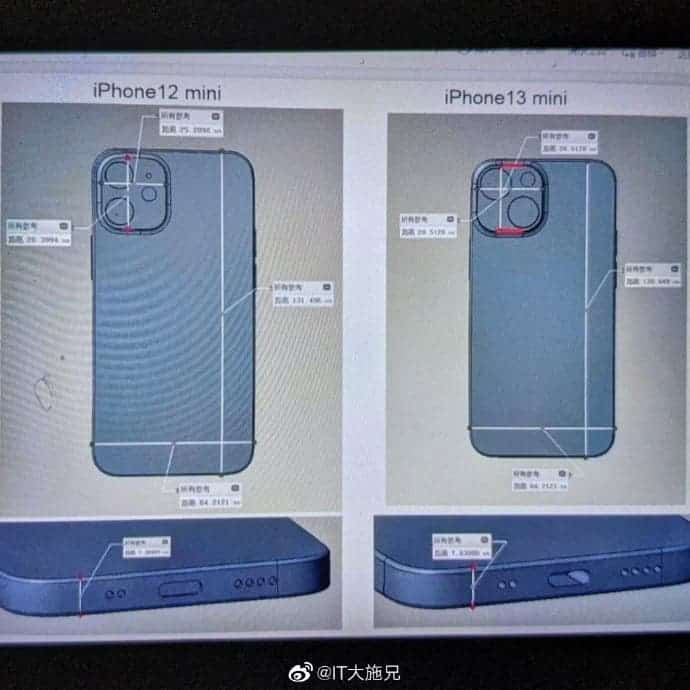 A recent Weibo report shows the CAD model design images of the iPhone 13 mini. The renders basically show the rear of this device and it adopts a dual-camera with a diagonal distribution. In addition, the individual sensors are now larger. This is causing speculations that Apple will increase the sensor size on the iPhone 13 series. 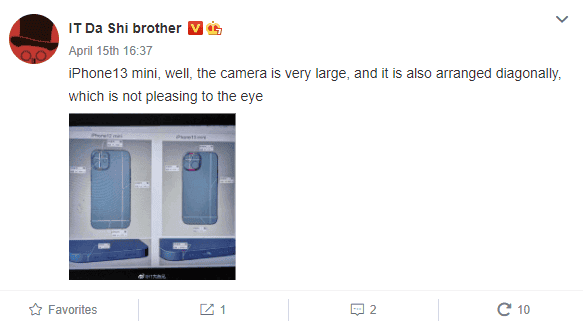 According to a report from the Japanese website Mac Otakara, the TrueDepth camera array of the iPhone 13 is “getting narrower” and the receiver at the top of the display will move to the edge of the housing. DigiTimes also claimed in February this year that iPhone 13 will use a redesigned Face ID system that will make the notch at the top of the screen smaller. The width of the gap may be about 30% smaller than the previous generation.

Reliable Apple analyst Ming-Chi Kuo also claims that the iPhone 13 will have a smaller notch. Other reports claim that the iPhone 13 series devices will use a 120Hz “ProMotion” LTPO display, a faster A15 chip, and a larger battery.

A new set of high-definition renders of the iPhone 13 mini recently appeared online. This year’s iPhone 13 series is ready to usher in some design changes. Svet Apple released a new concept rendering, imagining what the iPhone 13 mini actually looks like. The most significant change here is the convex design of the camera. The cameras are not stacked vertically like the iPhone 12. However, the lenses are in the upper left and lower right corners of the square camera module.

Other things to note are: iPhone 13 mini may be the last 5.4-inch “mini” iPhone released by Apple. Apple is likely to discontinue the mini-series in the iPhone 14 series in 2022. The company will choose two 6.1-inch models and 6.7-inch models. Thus, we will probably have iPhone 14, iPhone 14 Pro, iPhone 14 Max and iPhone 14 Pro Max.

Previous Lenovo to launch five notebooks & other devices on April 22