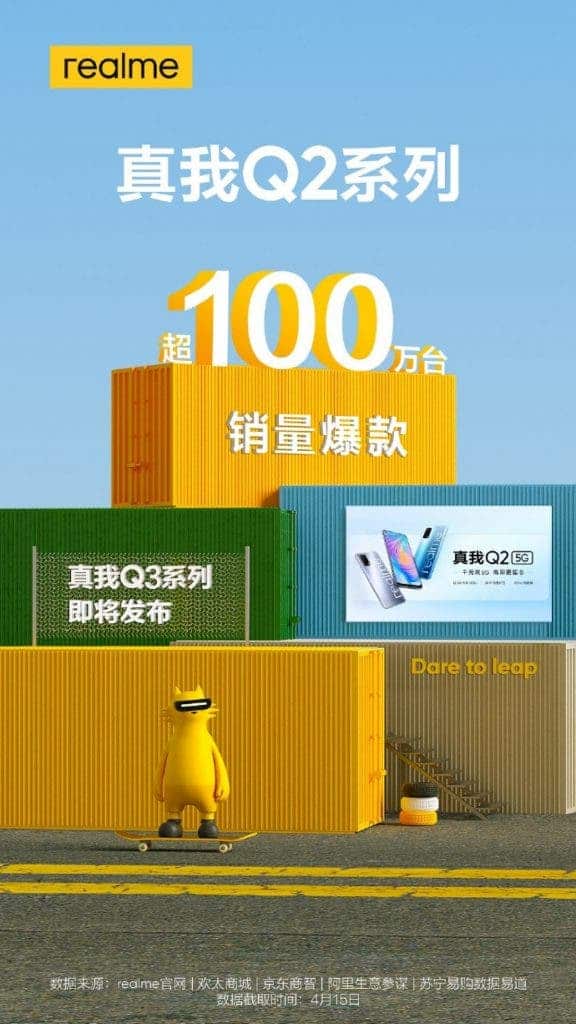 As aforementioned, the Realme Q2 series is exclusive to the company’s domestic market. However, the Realme Q2 5G is rebranded to Realme Narzo 30 Pro 5G in other markets. The Realme Q2i also got an alternative variant dubbed Realme V3, but still, this also is another China-bound variant. The Realme V-series is meant for the offline retail channels, while the Q2 series domains in the online territory.

Unfortunately, the information regarding the new upcoming Realme Q3 lineup is still scarce. We can, however, speculate that these devices will bring mid-range specifications but with 5G connectivity. Knowing Realme, we also know that it’s just a matter of time until the company decides to start teasing the specifications of the upcoming handsets.

The company may unveil three distinct models namely the Realme Q3, Realme Q3i, and a higher-end Realme Q3 Pro. They’ll probably stick with MediaTek Dimensity chips since these have been popular choices for Relame in China. Although there is no concrete evidence, one of the models could be the recently rumored MediaTek’s Dimensity 1100-powered smartphone. This chipset is one of MediaTek’s best offerings right now and offers Cortex-A78 cores and a cutting-edge 6nm. It may be too powerful for a Realme Q smartphone since this lineup is related to budget and mid-range smartphones. However, using it would be a great way to elevate the lineup to higher heights.

The Realme Q2 Pro 5G is currently the best offering in the franchise with a MediaTek Dimensity 800U chipset. With a Dimensity 1100, the new phone would not only surpass its predecessor but would even surpass many other Realme smartphones from different lineups. Worth noting that, until now, the company has released just a single smartphone sporting a 2021 MediaTek chip – The Realme GT Neo which has the higher Dimensity 1200 SoC.