ZTE almost closed its doors two years ago when the United States decided to apply a ban that prevented the company from accessing US-related hardware and software. After several months of negotiations, both parts found an agreement and the Chinese maker was able to return to the market and keep bringing innovative hardware. Last year, ZTE got our attention with the release of the ZTE Axon 20 as the world’s first commercially available smartphone with an in-display camera. Now, ZTE is bringing a new duo of flagship smartphones dubbed ZTE Axon 30 Ultra and ZTE Axon 30 Pro. The new flagships come to compete in the range of devices featuring the Qualcomm Snapdragon 888 SoCs. They also bring gorgeous displays and advanced cameras. Without further ado, let’s dive into these devices’ specifications.

The ZTE Axon 30 Ultra certainly is the big star of the show as ZTE’s top-notch flagship. The device flaunts a gorgeous 6.67-inch OLED panel with a 144Hz refresh rate. The phone also features 90Hz and 120Hz modes in its software but can not go below 60Hz. The touch sampling are is 300Hz meaning smooth performance for games. The panel offers FHD+ resolution, HDR10+, and covers the DCI-P3 100%. It also comes with slightly curved edges and is protected by Corning Gorilla Glass 5. 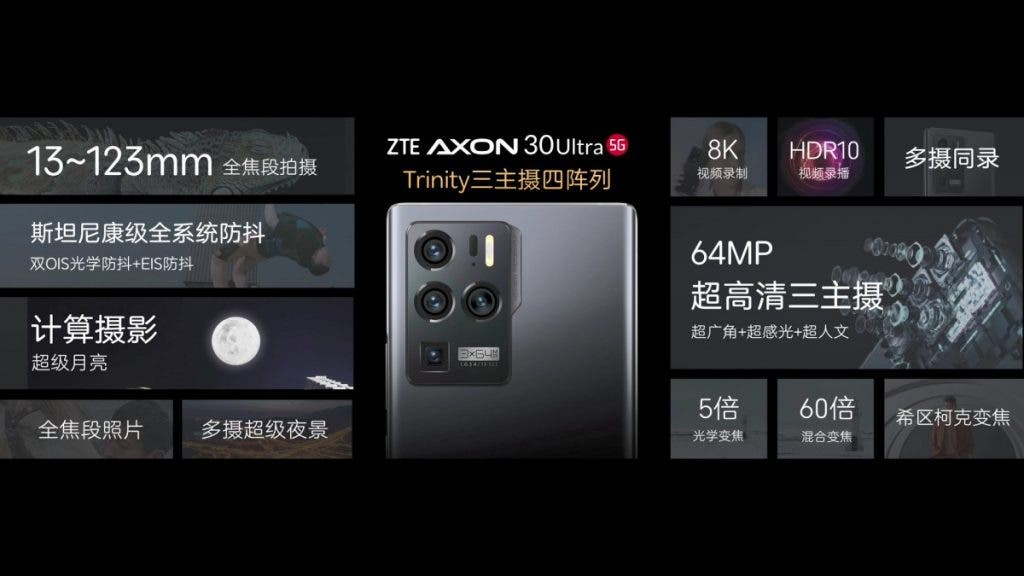 The handset certainly steals the show with a powerful camera setup. It has a triple 64MP camera combination. The main sensor is a Sony IMX686 sensor featuring OIS and a bright f/1.6 aperture. It also comes with another 64MP module featuring a slightly longer lens with 35mm and f/1.9 aperture. Finally, we have a 64MP ultra-wide-angle shooter with a 120-degrees FOV and a 13mm lens. This is the industry’s first setup with three 64MP cameras. As expected, the main camera can record videos at up to 8K @ 30 fps resolution.

There is the fourth module with 8MP resolution and a periscope lens with 123mm and OIS. It can offer up to 5x optical zoom. On the front, we have a standard punch-hole with a 16MP camera. It marks an unexpected return to “outdated” technology. Perhaps, the in-display camera will be left for the vanilla ZTE Axon 30 which hasn’t been mentioned at today’s unveiling. 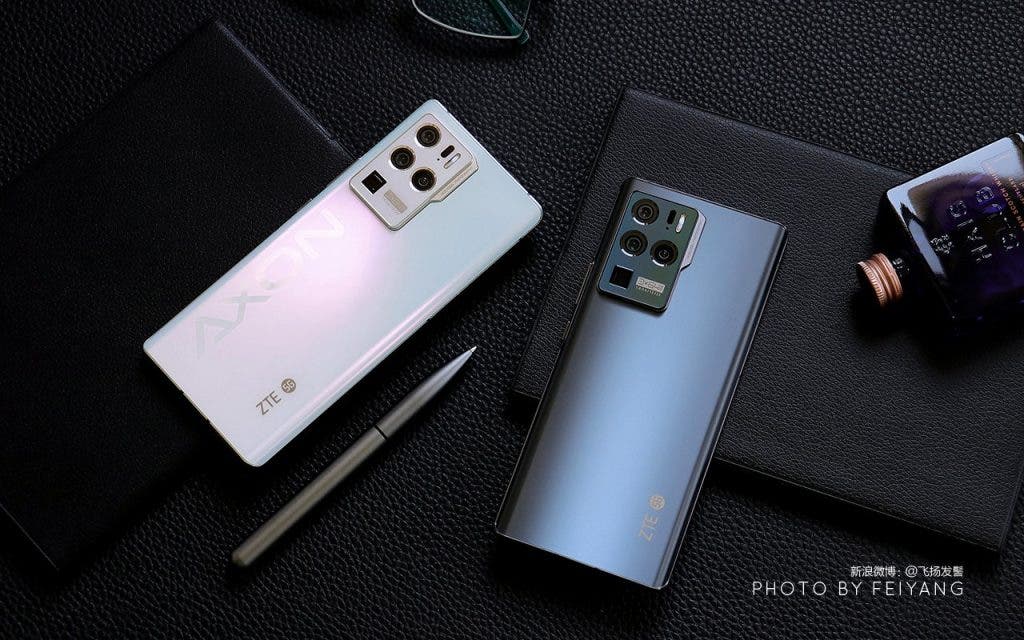 The handset runs Android 11 OS straight out of the box with ZTE’s MyOS 11 running on top. The phone draws power from a 4,600mAh battery with 66W fast charging. Unfortunately, there is no wireless charging in the package. However, the phone comes with Wi-Fi 6E support and NFC. 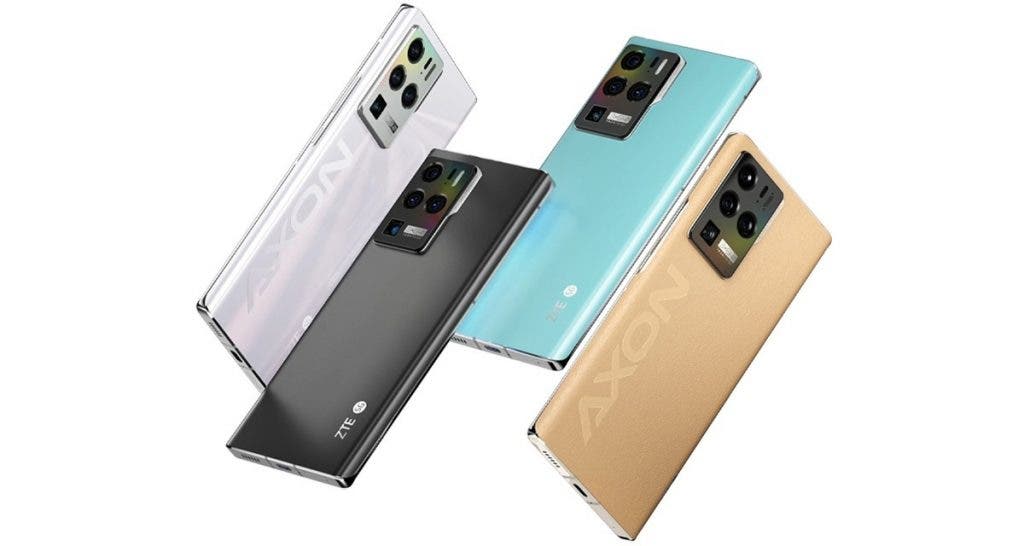 The ZTE Axon 30 Pro shares some similarities with the Ultra. Starting with the display, it features the same 6.67-inch OLED panel, however, it is flat now and has a 120Hz refresh rate. That’s the end of the downgrades since the display has the same FHD+ resolution, and even has a higher-touch sampling rate of 360Hz.

Under the hood, the ZTE 30 Pro also comes with a Qualcomm Snapdragon 888 chipset. However, the basic variant has less RAM with 6GB and starts with 128GB of Internal Storage. It’s a 5G handset, but there is no Wi-Fi 6E, just Wi-Fi 6.

In the camera department, the device lacks optical zoom since there is no periscope lens. Moreover, it does not bring three 64 cameras, but only two. We have a main 64MP Sony IMX682 sensor and another 64MP sensor with ultrawide purpose. The other two modules aren’t so useful it has a 5MP macro camera and a 2MP depth sensor. 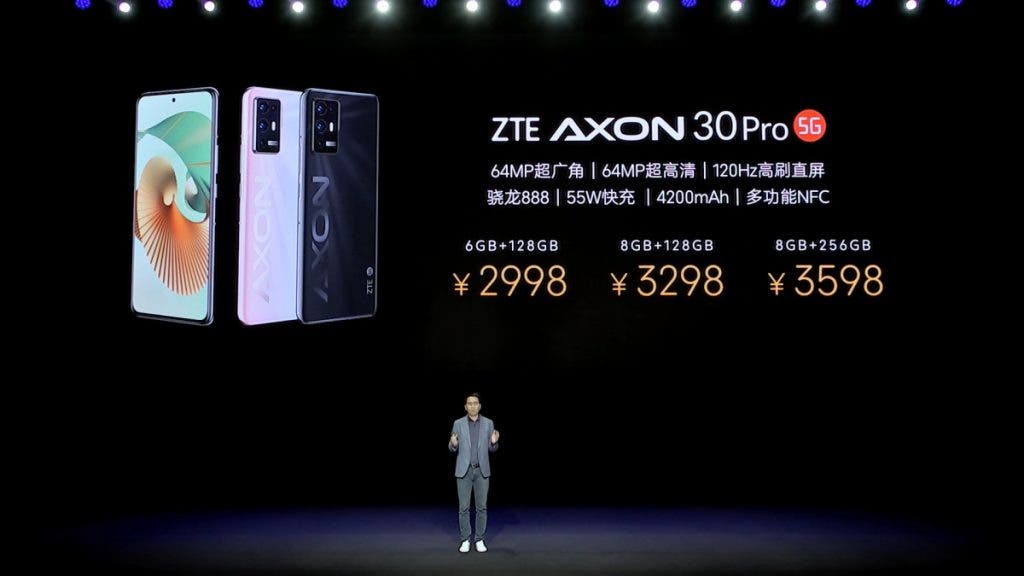 We know that there is a third vanilla variant, and this one is the only one with an in-display camera. However, we assume that ZTE will disclose it in another moment.

Next Samsung Galaxy A60 gets Android 11-based One UI update