A couple of years ago, Samsung’s name was easily associated with the “Android fragmentation” problem. However, since the last year, the company has been doing a stellar job to change this. In fact, the company nowadays is anything but slow in providing updates, especially when we consider its huge portfolio of smartphones. The brand already has many of its smartphones running Android 11 and now, the Galaxy A60 joins the list.

For those unaware, the Galaxy A60 was launched in 2019 with Android 9 Pie and received an Android 10 update last year. Now, the device is getting its second major Android update. This isn’t mind-blowing for devices in the Android One program, but the fact is that the Galaxy A60 isn’t an Android One device, but still is getting the same amount of updates as devices under this program.

The SM-A6060 is getting a new firmware update with version number A6060ZCU3CUD3 and brings the March 2021 security patch. This is a huge update so make sure to download it over a strong connection. According to the source, it’s not possible to certify if this update is based on One UI 3.0 or One UI 3.1. Anyway, it brings most of the Android 11-related features. The list of new goodies includes one-time permissions, auto permissions reset, chat bubbles, conversations section in the notifications area, a media player widget in the quick settings area, and easier to access smart home controls. 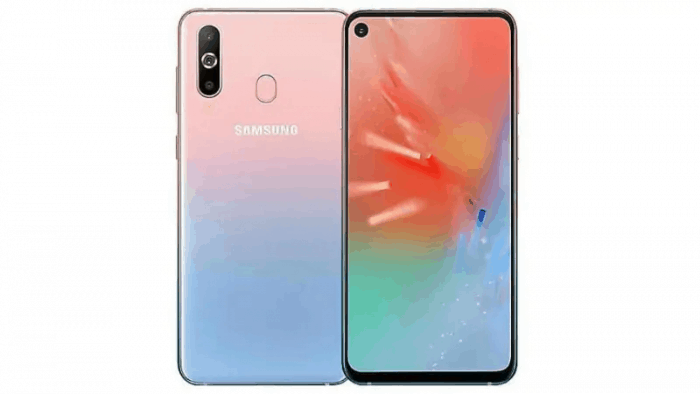 One UI 3.x brings a set of new features and visual enhancements for Galaxy A60

As far as One UI is concerned, the third iteration of Samsung’s skin brings a refreshed UI design. Moreover, the company brings improvements for many of its stock applications. There are better versions of Samsung Keyboard, more Dynamic Lockscreen and AoD widget options as well as more lock screen widgets. Users can now enjoy new video backgrounds for voice calls, Digital Wellbeing improvements, parental controls, and more powers for Bixby.

The Galaxy A60 is currently available in China and the update is rolling out in a gradual manner. If you own one and are impatient, you can try your luck by heading to Settings >> Software Update and tapping Download and Install. If there is no problem in waiting, then just relax and wait. In a couple of days, your device will be rocking the latest software. Worth noting that the Android 10 update has arrived exactly one year ago. After two major updates, we assume that the Galaxy A60 has reached a dead end. It will not receive Android 12, however, Samsung may still provide future security updates.

Next Realme 8 5G key specifications confirmed ahead of launch