Honor has just introduced a new duo of smartphones in China. We have the budget Honor Play 6C for the popular low-end series. However, the big star is the Honor X40 GT. The device has been the target of leaks and teasers in recent weeks. And yes, it’s yet another GT smartphone with a focus on gaming. Can it withstand a crowded market? We’re pretty sure it’s a capable offering thanks to a flagship SoC.

The Honor X40 GT has a big triumph card. It packs the Qualcomm Snapdragon 888 SoC. The last year’s flagship SoC is still a very capable chipset, and it’s better than anything Qualcomm has in the mid-range segment. The SoC comes with up to 12 GB of RAM and up to 256 GB of Internal Storage. To ensure performance, Honor equips it with an 8-layer graphite cooling pad. It can reduce the temperature by 1 degree Celsius. Therefore, users will not suffer from throttling during gaming sessions. 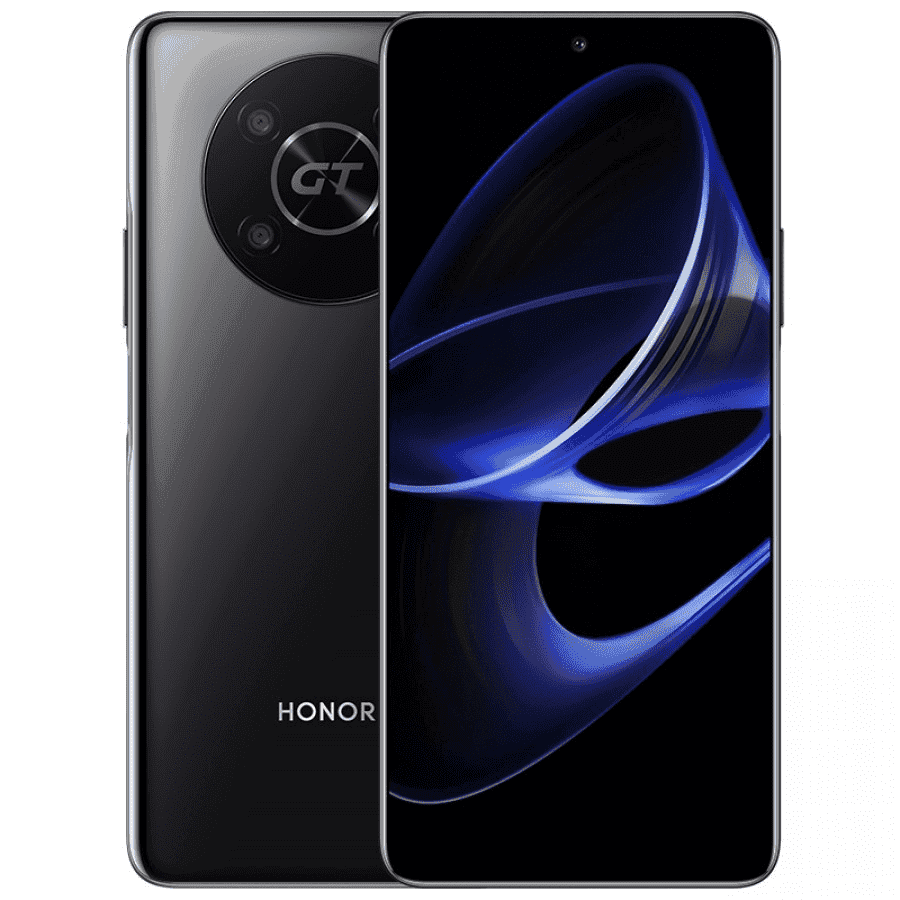 The Honor X40 GT also brings a massive 6.81-inch Screen with Full HD+ resolution and a whopping 144 Hz of refresh rate. Worth noting that it’s an LCD panel, but the company certainly has to cut some corners to offer this level of specs. The panel has a punch hole in the middle and supports a 480 Hz touch sampling rate.

In terms of optics, the phone packs a 50 MP main camera with a 2 MP macro shooter and a 2 MP depth of field module. Obviously, photography is not the focus here. However, you can take decent photos with the main camera.  For selfies, there is a 16 MP snapper.

Furthermore, the Honor X40 GT also brings a capable 4,800 mAh battery with 66W fast charging. Moreover, in terms of software, the phone runs Magic UI 6.1. It has Android 12 as the underlying version. 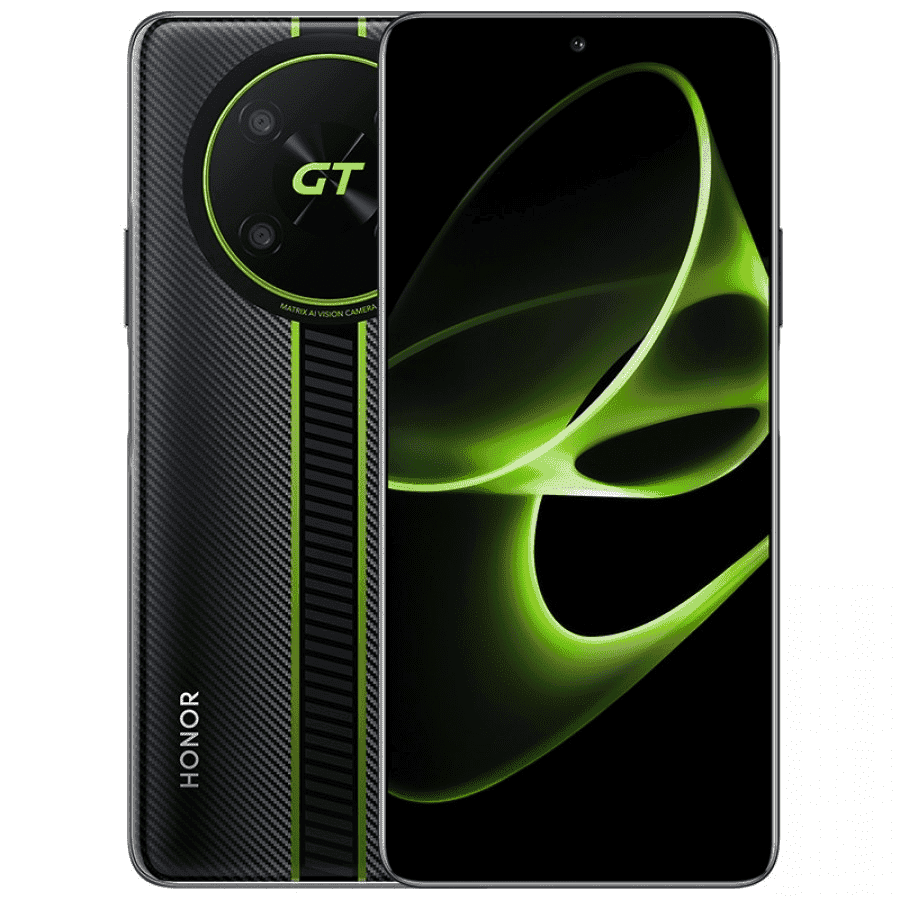 The device comes in Black, Silver, and a fancy Racing Black colorway. The price starts at CNY 2,099 ($290) for the variant with 8GB of RAM. The highest model with 12 GB of RAM costs CNY 2,399 ($332). That’s good pricing for the specifications. The open sales will begin on October 18. For now, there is no word on global availability.

This one is a budget-oriented device and joins the Honor X40 GT release. It packs a 6.5-inch LCD screen with a 90Hz refresh rate. The resolution is just HD+, unfortunately. It has a waterdrop notch with a modest 5MP selfie shooter. Under the hood, it has the Qualcomm Snapdragon 480+ which offers just adequate performance and 5G. The phone comes with 6GB or 8GB of RAM and 128GB of Internal Storage. 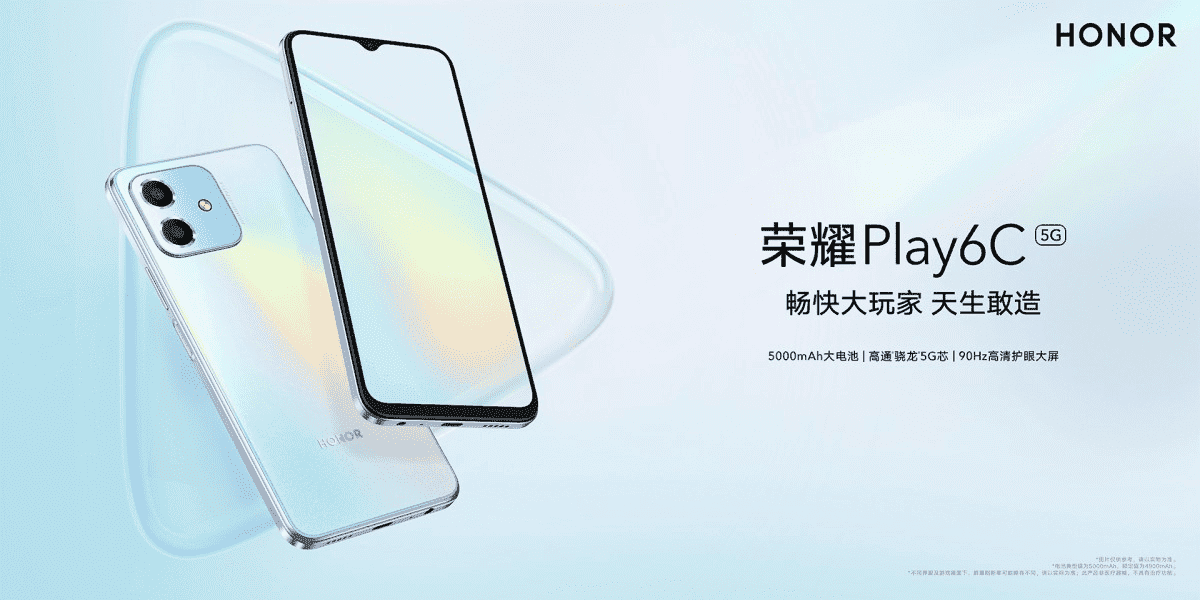 The Honor Play 6C packs a modest dual-camera setup. Therefore, it has a 13 MP primary camera. Also, there is a 2 MP depth sensor with an LED flash. In terms of software, it runs Android 12 with Magic UI 5.0. The phone’s battery is a 5,000 mAh cell. It draws power from a 22.5W fast charging. The device has a side-mounted fingerprint scanner. Last but not least, it has a 3.5mm headphone jack.

Previous OnePlus Nord C300 coming in the next month