According to reports, Samsung is preparing the terrain for the next Samsung Galaxy M54 5G. The Galaxy M53 5G was launched earlier this year, and now, the company prepares to unveil its new “2023” contender.

According to the new leak, the Samsung Galaxy M54 5G will debut early in 2023. The leak brings some interesting details about the phone specs. For instance, it will pack the Qualcomm Snapdragon 888 SoC. That’s Qualcomm’s 2021 processor manufactured at a 5nm process. It’s still a very capable SoC that can overcome anything in the mid-range market. It also represents a major leap in performance for this mid-range phone. After all, the company has been sticking with mid-range SoCs for this particular device.

In addition to the mighty processor, the Galaxy M54 5G will also pack at least 8 GB of RAM with 128 GB of Internal Storage. The device flaunts a 6.67-inch AMOLED screen with Full HD+ resolution and a 90 Hz refresh rate. The device has a 32 MP punch-hole camera. 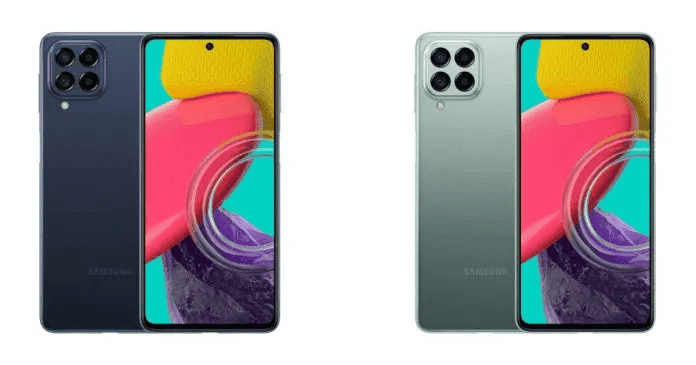 Moving around to the back, the Galaxy M54 5G has a triple-camera setup. It will comprise a 64 MP main camera, an 8 MP ultrawide shooter, and a 5 MP macro snapper. We can expect the phone to run Android 13 straight out of the box with One UI 5.0 running atop. After all, by the time of its release, Samsung will be rolling out One UI 5 to eligible mid-range phones.

The performance of a flagship

We expect the Galaxy M54 5G to retain the 3.5 mm port, and also bring a microSD card slot. It will draw power from a massive 6,000 mAh battery. However, we assume there is a charging limit of 25W. Samsung is not ready to play the “fast-charging” game. Anyway, the sales figures say it does not really need. The rumors say the phone will cost around $415. It’s not as cheap as budget devices, but again, it offers the performance of a 2021 flagship. And that is still beyond some 2022 devices.

Judging by the leaks, the Samsung Galaxy M53 5G may be a very interesting device in the mid-range market. Other brands will certainly need to answer with chipsets capable of offering the same level of performance as the Snapdragon 888.

For now, the company seems busy with the Galaxy S23. But it’s surely preparing new mid-range contenders for the market, and also some low-end phones.