Rumors and leaks have been spreading since the beginning of 2021 about LG’s demise in the smartphone market. Earlier this month, the company shed some light confirming these rumors. On July 31st, the Korean firm will close the doors of its LG Mobile branch. After several years in the red pushed by tepid sales and releases, the company’s legacy in the smartphone market will turn into ashes. We can understand, the LG fought a battle to remain in the market and it considered all possibilities before determining its end. We can clearly know that company wasn’t decided until last month since it pushed its LG Rollable smartphone through several certifications.

For those unaware, the LG Rollable would be a promising smartphone with a rollable display. While other companies are busy with foldable smartphones, LG was betting on a motorized expandable display. The device was teased at CES 2021, but with LG Mobile’s demise, we don’t think it will come, at least not by LG hands. Despite this, the smartphone has acquired NFC certification. The certification is dated January 5, at which point the Rollable with model number LM-R910VM was still on the roadmap. 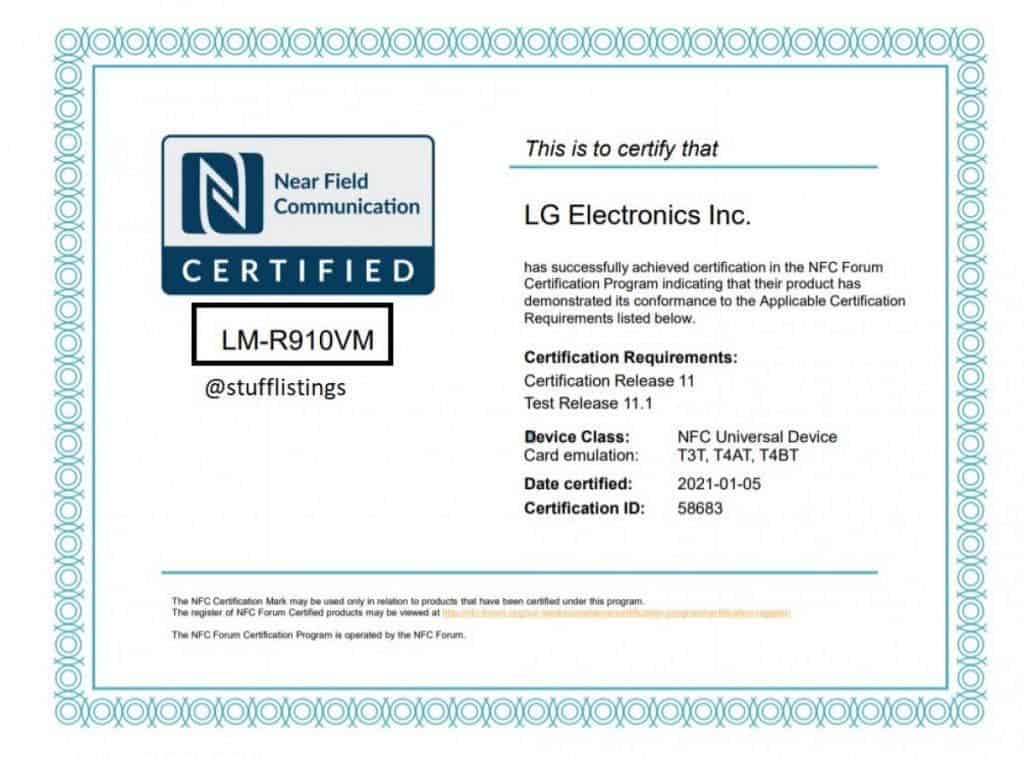 Unfortunately, the certification document alone can’t reveal much about this device’s specifications. We only know that its rollable panel would consist of a BOE-developed flexible OLED display. Unfortunately, none of the specifications would make a big difference right now. After all, the LG Rollable is officially dead before its arrival. It will only remain as a promise of an LG Mobile that will never come back. With futuristic hardware and approach, the device probably had the potential to become a hit. But, we will never know.

No more rollable smartphones in 2021?

As far as LG is concerned, despite the end of its smartphone manufacturing, the company will still provide support with updates.