Samsung already started to fill the market with new 2021 variants of its Galaxy A and Galaxy M smartphones. The company already unveiled the Galaxy A72, A52, A32, Galaxy M42, and others. One of the great additions this year is the fact that many of these devices are coming with 5G connectivity. The Korean firm is finally taking the 5G expansion seriously by introducing more smartphones with support for the new network standard. However, for the time being, 5G Galaxy smartphones will still be more expensive than the 4G counterparts. In order to keep its portfolio of affordable smartphones, the brand is gearing up to introduce a new Galaxy A22 4G.

Interestingly, the new device is set to come in both 4G and 5G versions. Today, the 4G model has been certified by the Bureau of Indian Standards (BIS) website. The device packs an SM-A225F model number. 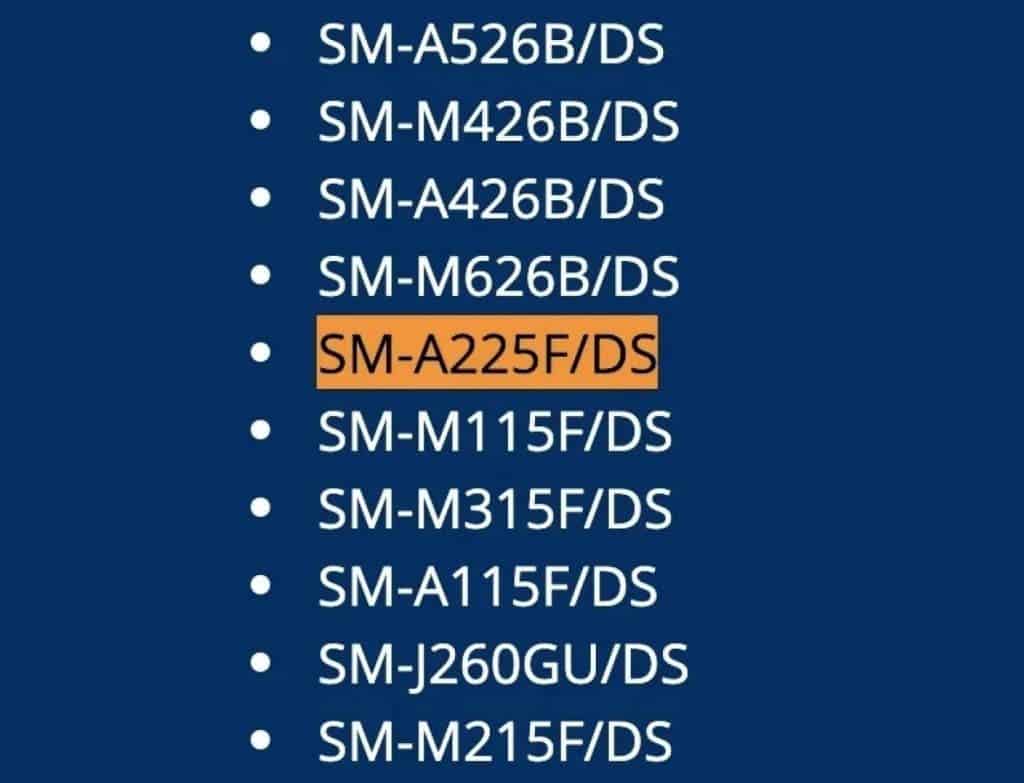 Unfortunately, the certification alone does not shed much light on the Galaxy A22 4G specifications. The SM-A22F model number followed by a ” / DS” indicates that it will pack dual-SIM support. Furthermore, the very same smartphone passed in an HTML5 test listing, which does mention that it will run Android 11 straight out of the box.

However, this isn’t a big surprise as all of the 2021 Samsung Galaxy smartphones are coming with Android 11 and One UI 3.x running on top.

As far as the 5G variant is concerned, it is set to come with the SM-A226B model number. According to rumors, this particular variant will come with a Quad-Camera array led by a 48MP main snapper. A camera with this resolution is quite generous for a smartphone in the A20 family, however, since it brings 5G, Samsung wants to make it more appealing than common low-end smartphones. The main camera will come alongside an 8MP ultrawide snapper, a 2MP module for macro focus, and a fourth 2MP camera for depth sensing. The handset will come with a 13MP selfie snapper

and we assume it will be fitted inside of a punch-hole. The handset may come in two RAM and Storage variants and will come in multiple colorways such as White, Gray, Light Green, and Purple.

Pricing for the Samsung Galaxy A22 5G will be 229 Euros, below the Galaxy A32 5G. The handset will probably get its powers from a Dimensity 700 or 720 chipset if Samsung is going with MediaTek. However, it may even surprise us with the Qualcomm Snapdragon 480 5G.