Netflix’s online video market share is shrinking. Actually, this is a summary from the two latest reports released last week. The first report comes from Parrot Analytics. According to Parrot, in the first quarter of 2021, half of the digital originals comes from Netflix. 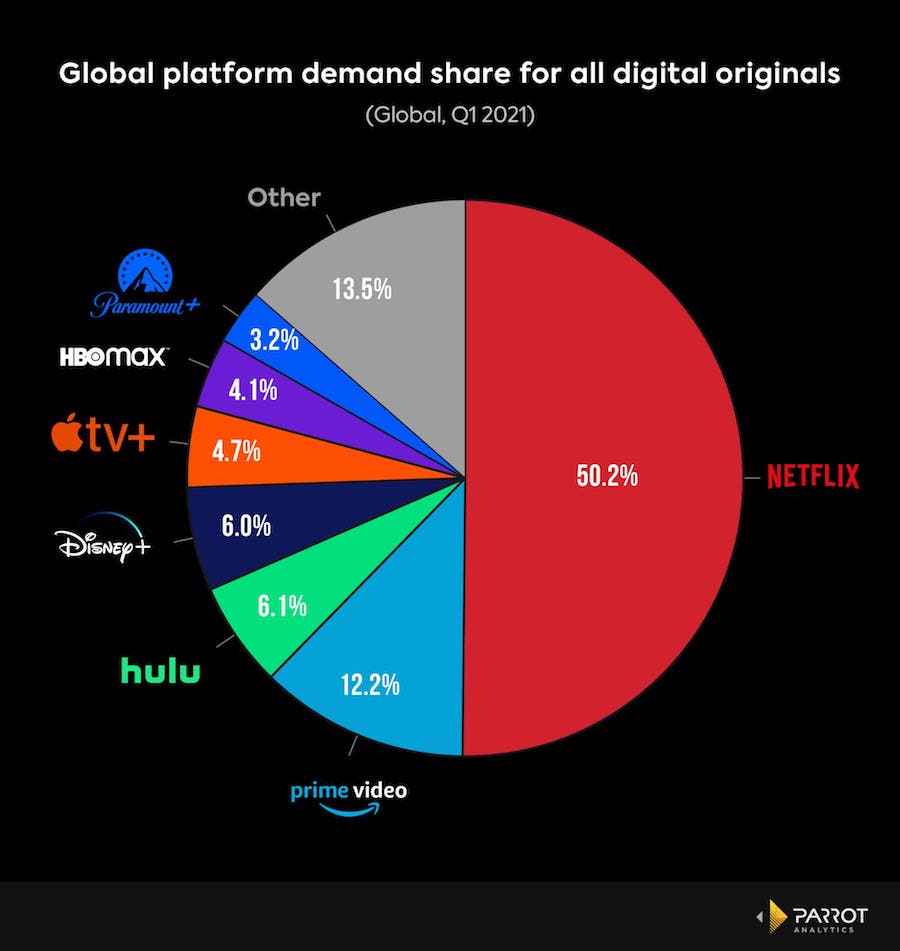 However, we should point out that its market share is declining. Two years ago, Netflix accounted for 64.6% of the digital originals that audiences wanted to watch.

In the United States, the downward trend is even more pronounced. Netflix only accounted for 48.1% of the demand for digital originals, which fell below 50% for the first time. (This may also be related to the more limited output of Netflix in the first quarter of this year. But it is still not enough to explain the trend in the past two years.) 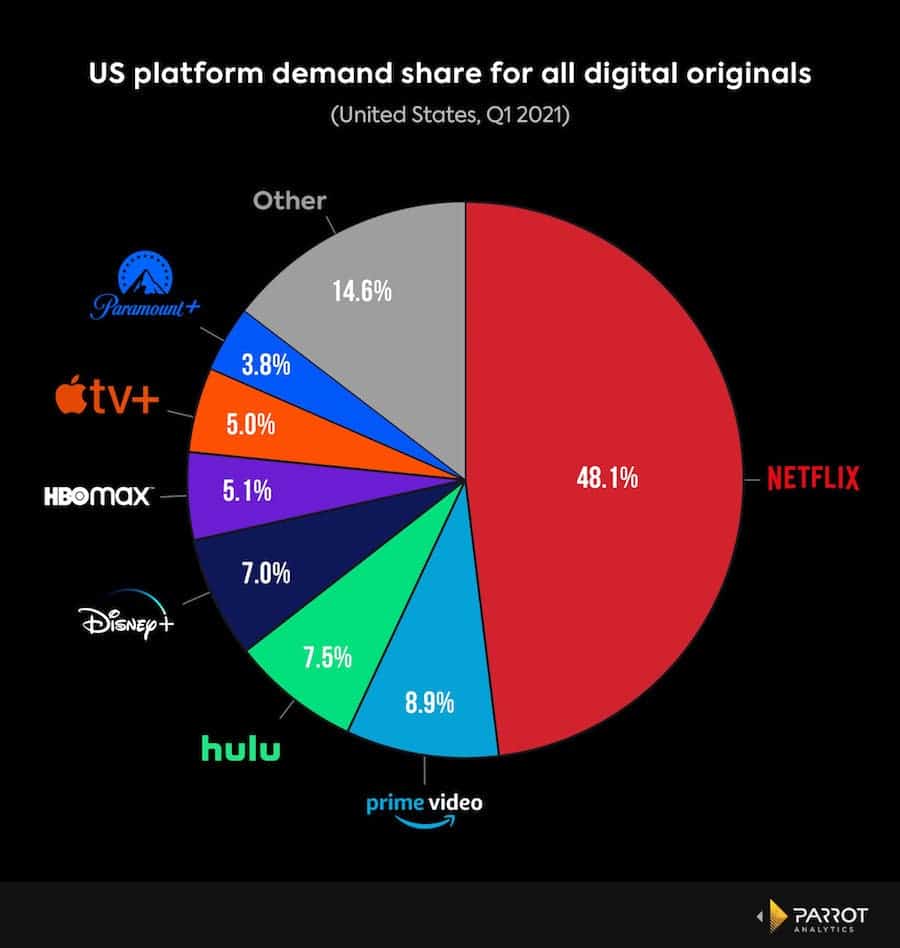 And another report from Ampere Analysis also describes a similar situation. Netflix’s subscriber share in the United States has fallen by 31% in one year.

Is It The Last Curtain For Netflix?

After reading these two reports, we may think that everything is over for Netflix. However, do these numbers really represent the actual situation? Many have been thinking Netflix will become the next technology monopoly. But the truth is Netflix has never become the only online video network people use. Google – one of the true monopolies – could monopolize the search field because it has access to all the relevant information it needs. Google uses all your search records to provide better and better search results, and then build increasingly sophisticated products.

Netflix will never be able to access every TV show or movie. In fact, the categories of programs that Netflix can access are decreasing, as the company is gradually moving from a technology company that distributes programs that people love to an entertainment company that produces exclusive content. Now, Netflix has indeed become an entertainment company. But at the same time, it cannot become a monopoly. No company can monopolize creativity.

Data from Parrot and Ampere shows that Netflix is now facing competitive pressure from all parties, including Disney+, HBO Max, Peacock, Apple TV+, Paramount+, Discovery+, Amazon and Hulu, and so on. The number of users watching online video is unprecedented, and Netflix is ​​not their only choice.

Does the decrease in share really mean that the users’ interest in Netflix is ​​also decreasing? We know that people watch fewer live TV programs. Thus, there are fewer cable and satellite TV users. On the contrary, we also know that more and more people are watching online videos.

However, as people abandon cable and satellite TV in favor of streaming, do they watch online videos on multiple platforms or reduce the length of time spent on Netflix? If their watch time on Netflix decreases, then maybe they will cancel their subscription. For Netflix, this is really bad news.

Next Oppo A74 5G reaches India as the cheapest 5G smartphone