Realme did a stellar job last year bringing Android 10 for devices that reached the market with Android 9 Pie. This year, however, the company is taking a long time to provide an Android 11-based Realme UI 2.0 update. Apart from the handsets that are coming with Realme UI 2.0 straight out of the box, the company has just a few smartphones running its latest software iteration. Anyway, as far as the Realme X3 series is concerned, two devices from the series are inching closer to an Android release.

Some days ago, the company launched Realme UI 2.0 Open Beta program for the Realme C3 and Narzo 10A. Now, the company has opened its Android 11 Open Beta program for the Realme X3 and Realme X3 SuperZoom. Users of these smartphones can now enroll in the Open Beta program and experience the new Android 11 build ahead of a stable release. Of course, as the name “beta” implies, it’s not ready for everyday usage. The new build may carry some bugs that will require users to report to Realme. So, if you need this phone for everyday usage and aren’t okay with bugs, then keep your device on the stable channel. If you’re not an average user and want to experience Realme UI 2.0 before the others, then proceed with the following steps. 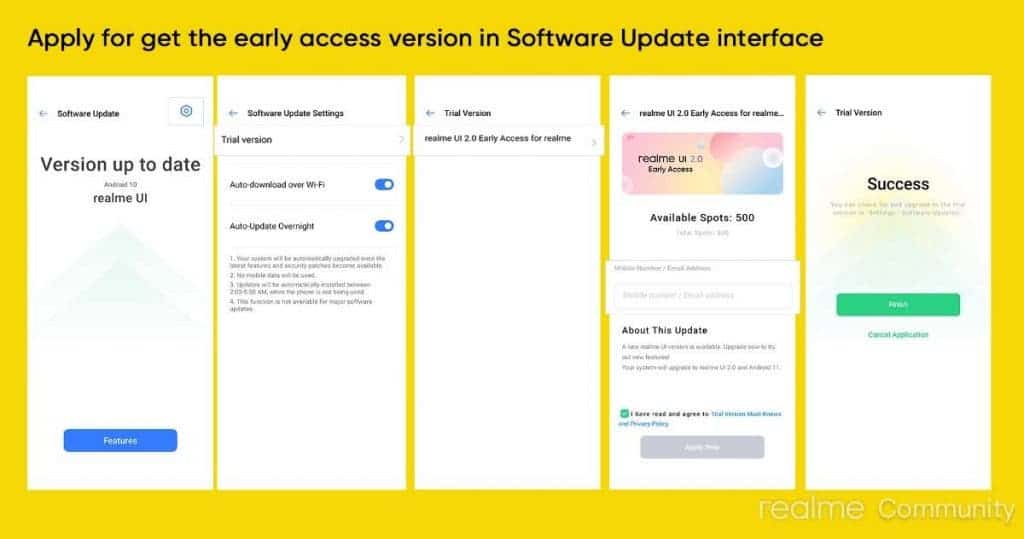 Worth noting that the simple act of following these steps will not ensure that you’ll be eligible. Realme will review your application and if everything is okay, then it will push Realme UI 2.0 Open Beta to your smartphone. Take in mind that the Open Beta program will cover just a few users right now. So you may not receive the early access build on your handset.

The Realme X3 and X3 SuperZoom were released last year as cost-effective flagship featuring powerful camera capabilities. So they have more than enough hardware to run Realme UI 2.0. Hopefully, they’ll also be eligible for a future Android 12 update.

On top of Android 11 features introduced by Google, Realme UI 2.0 adds some neat features like an improved Dark Mode. There is also support for third-party icon packs on the stock launcher, new photo editing apps, and more.

Previous Apple's Foldable iPhone to have an outward-folding display

Next TOPK charging cable with LED display for just $1.07 !