Recently, three Xiaomi smartphones got the Chinese 3C certification. According to reports out of China, the M2104K10aC and M2104K10C are the upcoming Redmi gaming phone models. These smartphones will come with “high and low configurations” and support up to 67W fast charging. In addition, the model M2103K19C is part of the new Redmi digital series. This smartphone only supports 22.5W fast charging. According to reports, it is an entry-level smartphone. 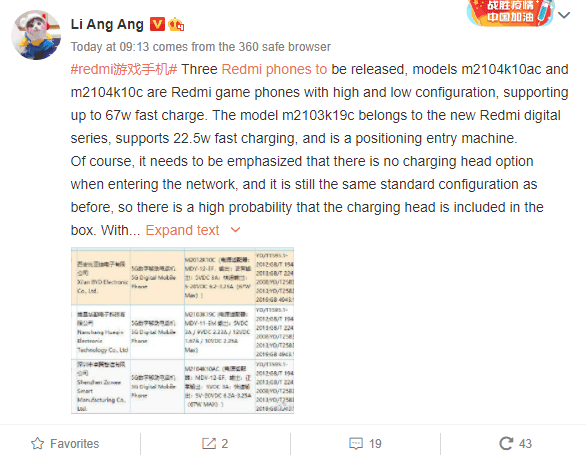 It is worth mentioning that some Xiaomi models have changed the charger to optional. Nevertheless, Redmi still provides the charger in the box as standard. Previous reports show that the Redmi gaming phones will use the same MDY-12-EF charger from Xiaomi’s flagship. The Xiaomi charger also supports up to 67W fast charging. The previous speculations on this series claim that they will be official later this month. Some other report believes that the launch date is around the 27th of April. However, there is no official launch date from the company for now. 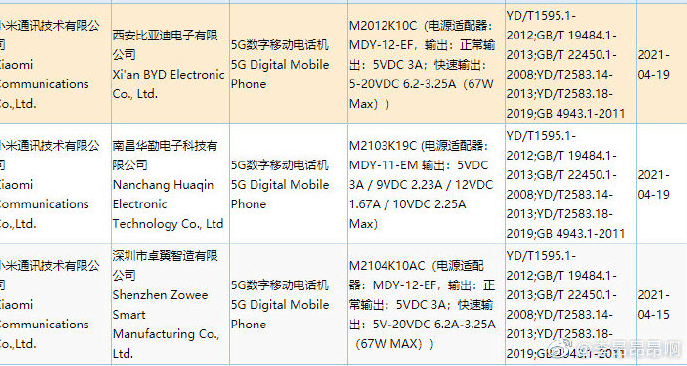 Redmi gaming smartphone to use a Dimensity chip

Furthermore, the Redmi gaming smartphone will come with the MediaTek Dimensity 1200 chip. For those unaware, the Dimensity 1200 SoC is MediaTek’s top-of-the-line chipset for the first half of 2021. The device packs a Cortex-A78 core clocked at 3.0GHz plus three Cortex-A78 cores clocked at 2.6GHz plus four Cortex-A55 cores clocked at 2.0GHz. The chipset is based on 7nm architecture. The chipset also has an ARM Mali-G77 MC9 GPU which should provide great gaming performance. MediaTek also equips this chip with its HyperThread 3.0 technology for optimal performance on games.

This device will also adopt some e-sports design elements. Furthermore, it will incorporate various game-oriented detailed functions and will cooperate with mainstream games. In addition, the smartphone has a built-in 5000 mAh battery.

Previous Zoom establishes a $100 million fund: invest in apps that use its tech