ZINGR is perhaps a social media app you’ve never heard of, as it is still a new social network to connect people around you. Most of us use Google Play or Apple store to download the most popular apps, but we shouldn`t forget, that there are some other popular apps stores like Amazon or GetJar.

Amazon is one of the biggest app stores in the world, which is serving us since 2011. And it is surely a great app alternative to Google Play, because many of developers use this store to publish apps for their customers. As this app store allows developers to publish the same APK file from Google play store, most of popular Google Play apps can be discovered on Amazon too. There are (according to statista.com) more than 3 million apps on Google play, more than 2 million apps on Apple store and almost 500 thousands apps on Amazon. And all of them area still growing.

Now the ZINGR app is available on Amazon too and you can directly download it in here.

GetJar app store was founded in Lithuania ( just like ZINGR) by Ilja Laurs in 2004 and it is also considered as one of the most popular app stores in the world. It already has more than 1 millions apps combines and more than two billion downloads.

GetJar is another great alternative to Google play or Apple store and most of apps, including ZINGR, can be downloaded for free from there. So if you would like to download social app ZINGR from GetJar, then just follow this link.

What do we know about the app? 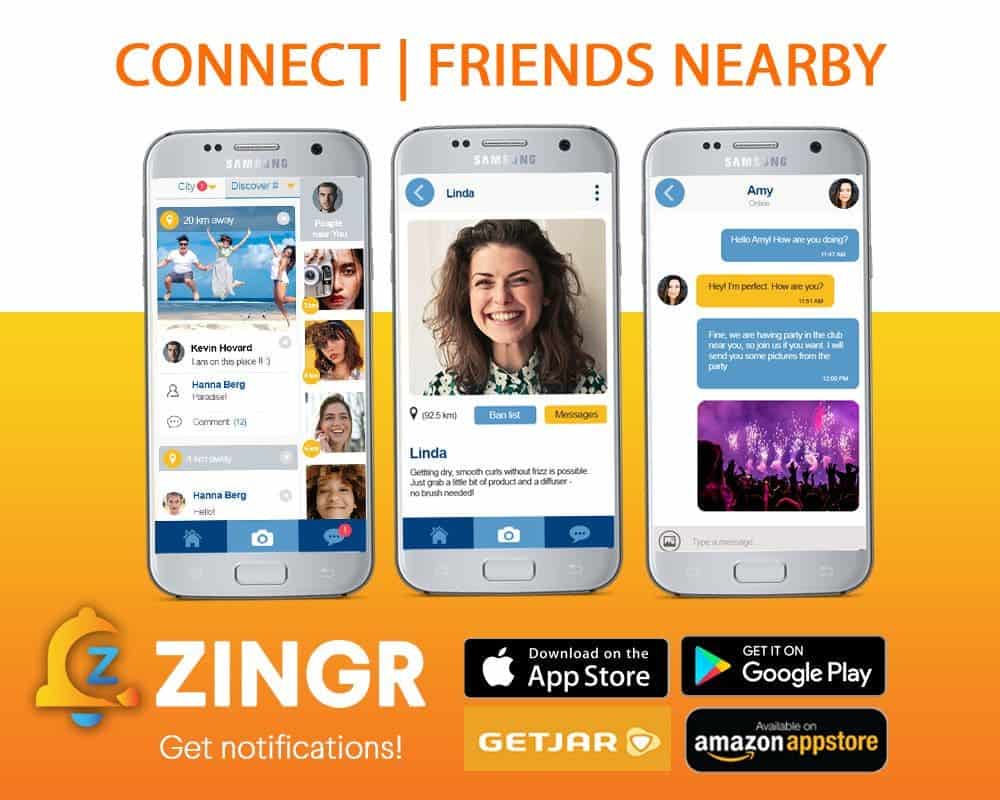 ZINGR is a social network released in Lithuania by Kęstutis Gedaitis in 2019. This “nearby people” app is connecting local people and helps them to make new friends with similar interest, searched for using hashtags. And because ZINGR doesn’t share your current location, it is one of the safest ones. As it doesn’t request people to share their private data: doesnt request your real name, gender or current location, but asks only your email and you have to be over 17+ to sign up.

ZINGR app is great to make foreign friends, as it supported in more than 85 languages. So if you like to travel and you are looking for new friends – ZINGR app may be a good option for you.  You can download ZINGR from many popular app stores, but for your safety and to get the latest version of ZINGR you should look for this app on Google Play, Apple store, Amazon or GetJar store.