Earlier this month, we reported that OnePlus is working on a new accessory for its smart TVs. We’re talking about the OnePlus Plug n Play Webcam. This new webcam will allow users to join video calls of supported platforms through their TV alone. Considering the work from home situations, it looks the company’s new accessory might actually turn out to be quite useful among consumers.

Well, it looks like the company is near to the official launch of the upcoming webcam. OnePlus is now preparing its Q series smart televisions for the product by rolling out a new firmware update.

This new development is coming from a Twitter user who goes by the name Yogesh (@heyitsyogesh). For those who’re unaware, he tipped the original leak about the company working on a webcam. OnePlus is now pushing a new firmware update to its Q series smart TVs. The changelog of the update mentions all the new additions. One key part of the new update is the addition of a built-in Camera app. 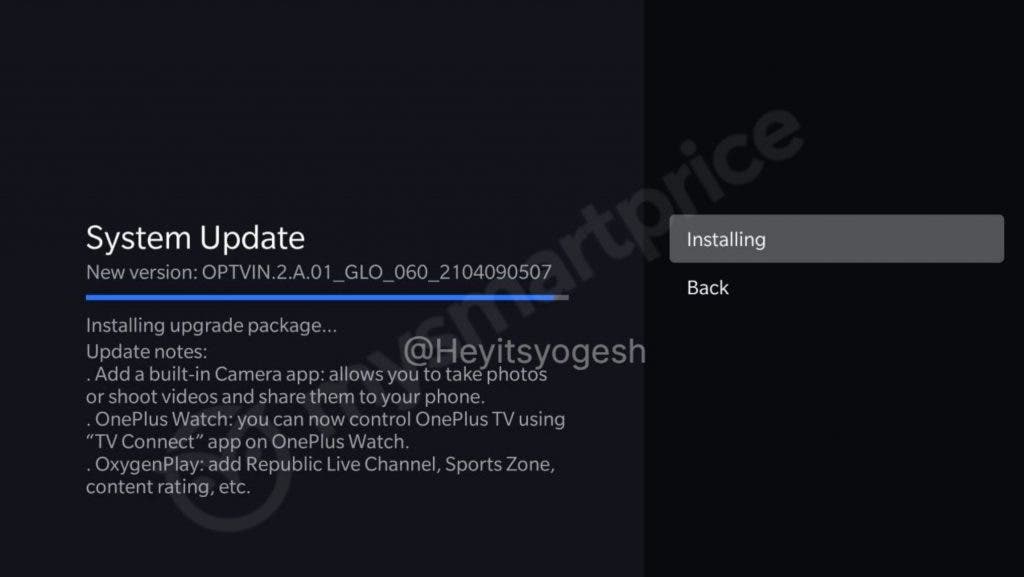 The built-in camera app will allow users to take photos or shoot videos and then share them on the phone. Of course, you would need a working camera for this feature to work. That’s something OnePlus will take care of in the coming weeks. The new update also mentions few other additions. We’re looking at the OnePlus Watch support allowing users to control the TV using the TVConnect app on the wearable. Lastly, we’re also looking at changes to OxygenPlay. The app now supports the Republic Live channel, SportsZone content rating, and much more. 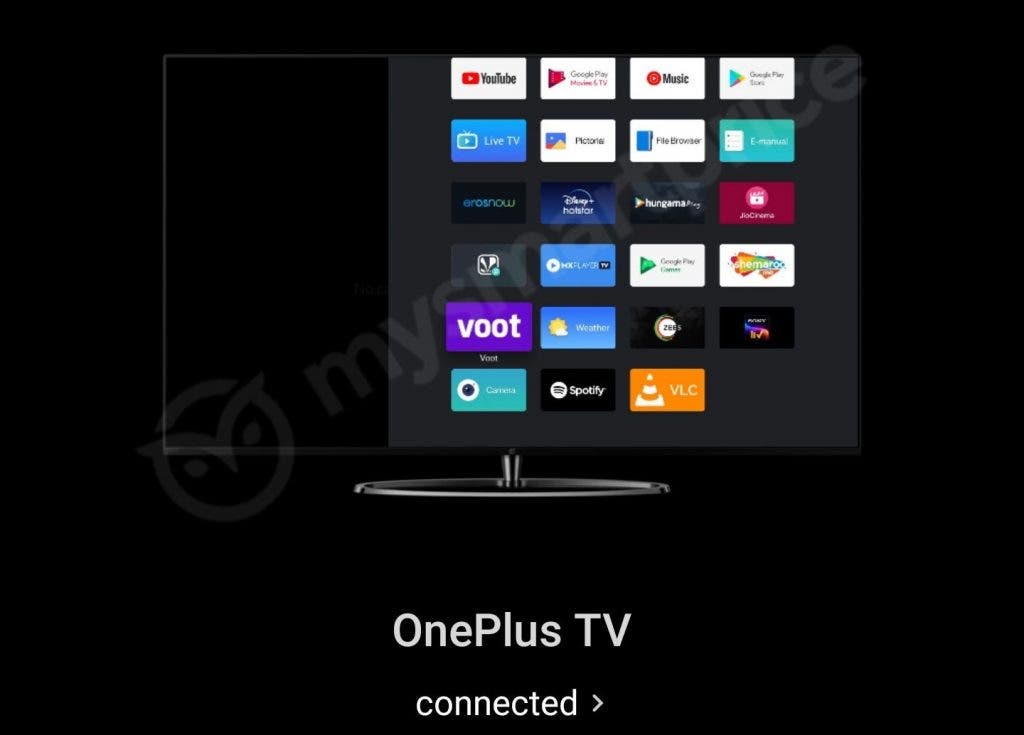 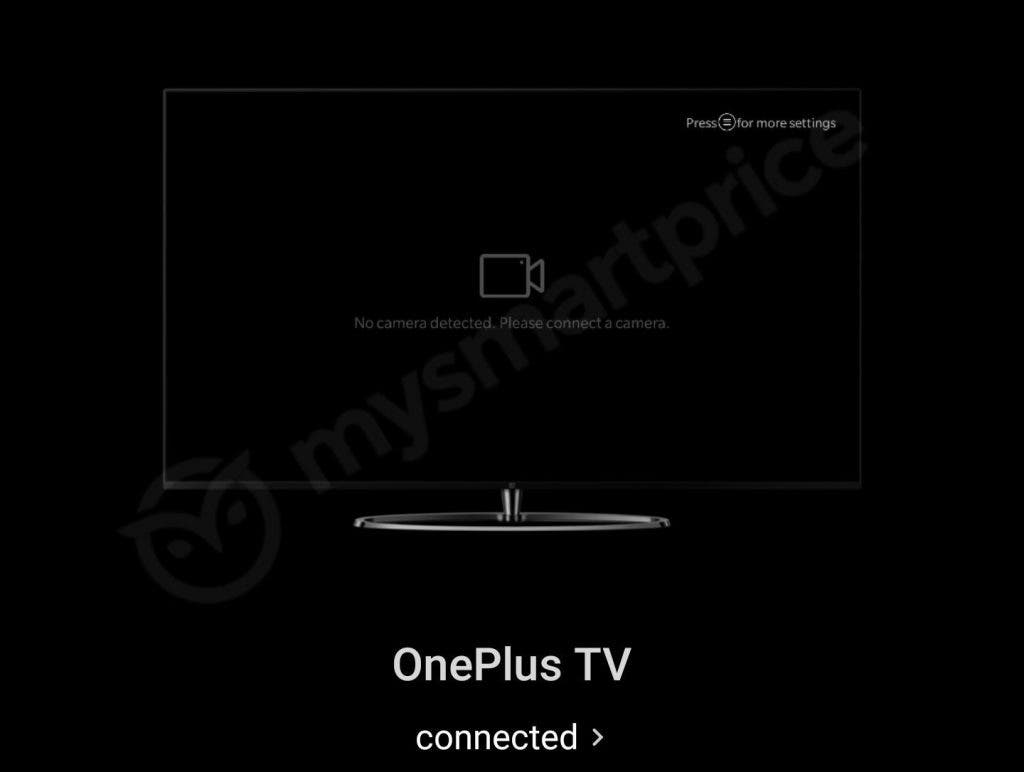 The tipster also claims that the Plug n Play webcam will see its official launch somewhere near mid-May. After this update, you should be able to see the Webcam app in the app menu.

Here’s what to expect from the new webcam!

Thanks to the previous leak, we know what to expect from this new OnePlus Plug n Play webcam. The product will come with a USB Type-C port for connectivity and a physical camera shutter. The webcam will have an integrated mic to capture the audio. Sadly, there’s no information surrounding the camera resolution but we should be expecting it to be at least par with the competition.