Realme unveiled its Realme Q3 series yesterday in China. One of the variants brought an interesting colorway using the firefly concept. Now, potential buyers of the Realme 8 Pro will have one more option to buy that is quite similar to this firefly effect. The new colorway dubbed Illuminating Yellow was revealed yesterday in India alongside the Realme 8 5G. Thankfully, Realme is not making this a special edition since it has the very same price as the other variants. Moreover, the company is including 6GB and 8GB RAM versions, so you’ll have plenty of opportunities to pick the new colorway.

The Realme 8 pro-Illuminating Yellow variant with 6GB of RAM and 128GB of Storage, costs around INR 17,999 (~$240). The higher-end variant with 8GB of RAM and 128GB of the variant will go up to INR 19,999 (~$267). The Realme 8 Pro Illuminating Yellow will be sold on Flipkart starting April 26th. The variant will also be up for grabs through Realme India’s official website and other retailers across the country. The new color is as the name implies yellowish and bright. So if you’re okay with fancy and “screaming” colors, then, this is the right option for you. Apart from the new colorway, the new color does not bring any change to the Realme 8 Pro hardware. 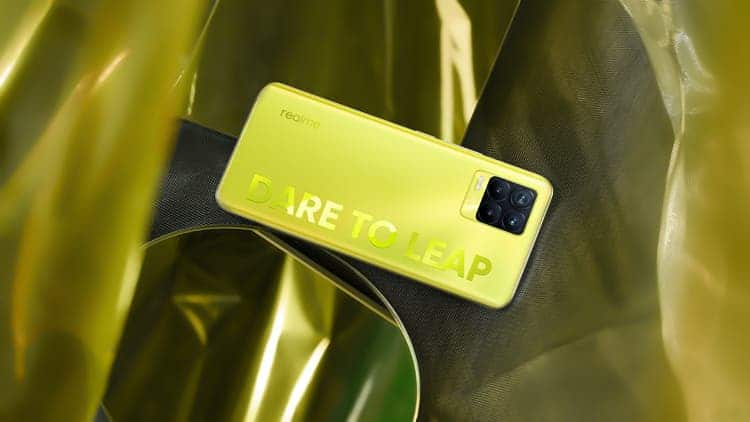 In case you’ve missed the Realme 8 Pro, it divided the audience with its specifications. Well, for the first time in a row, Realme is using the Snapdragon 720G chipset. There are better options at this point such as the Snapdragon 732G. The major downside, however, is related to the display. The company downgraded the panel refresh rate to a standard 60Hz. This probably was to cut costs and make room for the 108MP camera. Apart from that, the phone packs a 6.4-inch AMOLED display with FHD+ (2,400 x 1,080 pixels) of resolution and offers 1000 nits maximum brightness. This panel also comes with an in-display fingerprint scanner.

On the software front, the smartphone runs Android 11 with Realme UI 2.0 straight out of the box. In terms of optics, the 108MP snapper is joined by an 8MP ultrawide camera, a 2MP macro lens, and a 2MP depth sensor. Selfie lovers will be served with a 16MP punch-hole camera. The smartphone draws power from a 4,500mAh battery. Unlike its predecessor that arrived with 65W fast-charging, the new handset has 50W fast-charging, which still is super fast. The phone has dual-SIM support, 4G VoLTE, Dual-Band Wi-FI, Bluetooth 5.0, 3.5mm headphone jack, and a USB Type-C port.

During Realme 8 5G unveiling in Europe, the company revealed that users can expect a Realme 8 Pro 5G. A device carrying RMX3161 ran GeekBench a couple of days with Snapdragon 750G. It seems to be the most plausible candidate to become the Realme 8 Pro 5G.

Previous Here's how much the upcoming Galaxy Book Go might set you back!

Next Apple bags 2nd position in India's tablet space, here's the brand that topped it!