Apple has officially released the iOS 14.5 system and this is not good news for Facebook. This is because the system requires application developers to obtain users’ consent before tracking users. Although Facebook objected to this, it has no choice but to abide by it. Nevertheless, Facebook is not giving up and will do all it can to get users’ consent. 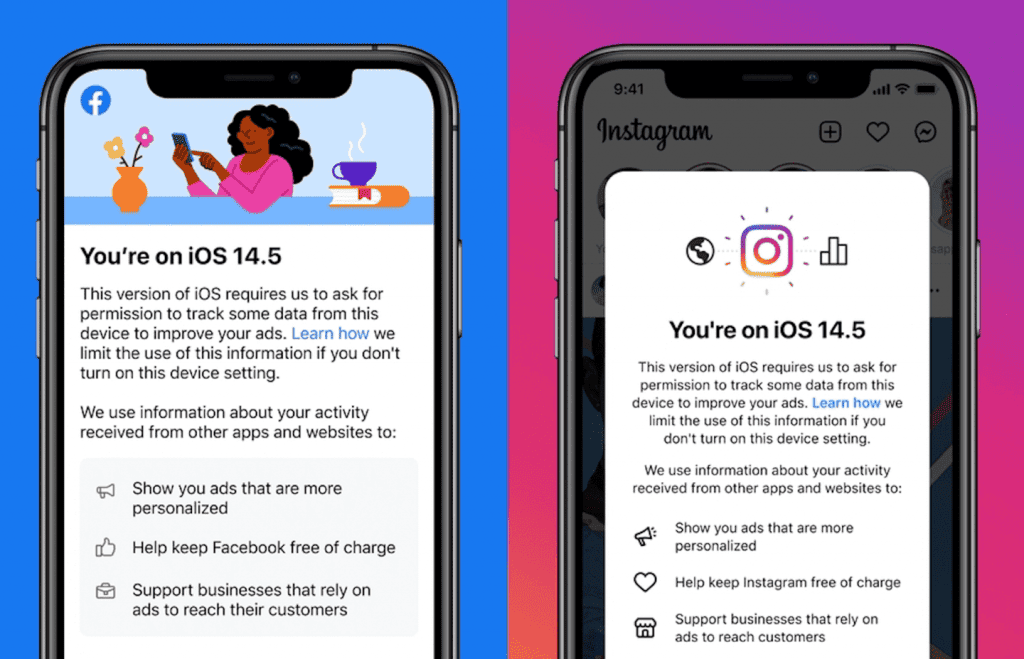 If you are on iOS 14.5 and you open the Facebook or Instagram app, you will see a pop-up message. In this message, Facebook explains that iOS 14.5 requires developers to obtain user consent before tracking some device data to improve ad delivery. The company also states that users will benefit from this data collection from three aspects. Conspicuously, we can see the second item where the company says “Help keep Facebook free of charge”. This also applies to the Instagram app.

What does this mean exactly? We do not know for now but Facebook obviously has a plan. However, there is currently no sign that Facebook plans to provide a paid version of the application. Nevertheless, if Facebook can not get revenue from delivering targeted ads, it will get revenue from some other way.

Facebook reminder message will appear for a few weeks

According to the company, this notification will pop up in the next few days or weeks. This is also applicable to the Instagram app. However, Facebook app users may not see this pop-up message at the moment. This has been a standing battle between both companies. In fact, they have significantly criticized each other because of this issue.

According to the Internet giant, Apple’s new privacy settings will “kill” many small businesses. This is because it will no longer be able to place targeted advertising for these businesses. Many of these businesses rely on its ads for growth. In a blog post, the company claims that…“Apple’s new reminder information shows that it prohibits personalized advertising and privacy; but in fact, we can have both”.

In the past, most of the conflicts between large companies on platform policy adjustments had nothing to do with consumers. However, by sending reminders to users, Facebook’s billions of users were forced to be directly involved in the company’s and Apple’s complicated public struggle with changes to privacy settings.

Do you think Facebook will launch a paid version of its app? Will it prevent iOS users from accessing certain features? Let us know your thoughts in the comment section below