Surely many readers once had the idea of ​​which of the existing voice assistants is the best. Bespoken, an artificial intelligence research company, decided to answer this question. The competition was attended by Google Assistant, Alexa from Amazon and Siri from Apple, who received questions of varying difficulty. They were asked using a special robot that generates human speech to eliminate the influence of the human factor.

Interestingly, the percentage of questions to which the correct answer was given was almost the same; regardless of whether it was a difficult question or a simple one. From this, it is concluded that the wrong answers are connected not with the fact that the assistants did not understand the question, but with the banal ignorance of the correct answers. The clear leader of the competition was the Google Assistant, who answered correctly in 70-76% of cases. Then we have Alexa with 55-56%, and Siri is the worst with 41-47% of correct answers.

As a result, the researchers conclude that Apple missed a head start; because it was Siri, introduced in 2011, that was one of the first voice assistants; while Alexa and Google Assistant were available much later – in 2014 and 2016, respectively. However, the researchers note that there are still vast prospects for the development of each of the assistants. 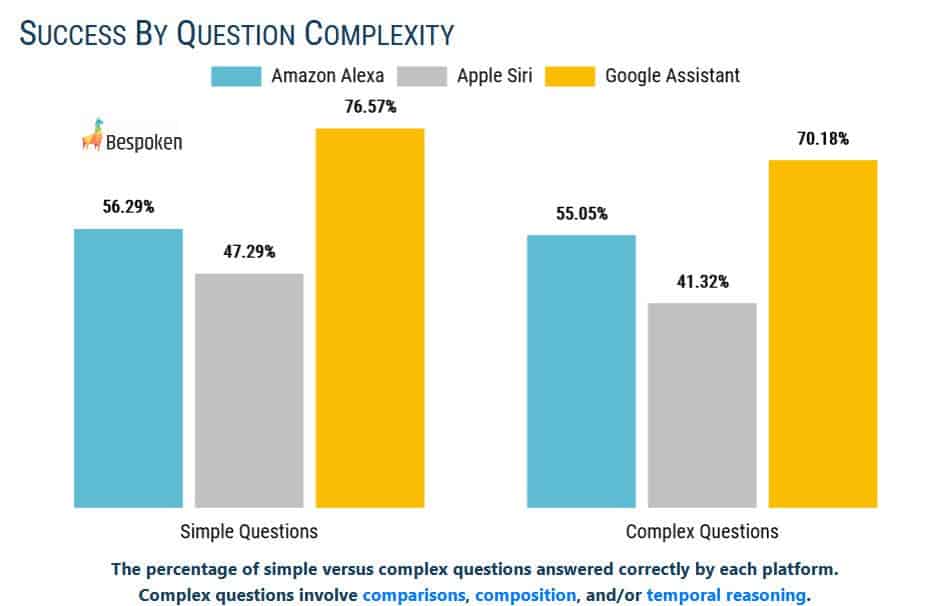 According to online sources, Google has begun testing a new feature for its voice assistant on Android devices. This is a tool that is in development under the codename Guacamole and allows Google Assistant to execute quick commands; such as turning off an alarm or receiving a call, without having to say the phrase “Hey Google.”

Enthusiasts found the first mentions of the Guacamole function in the code of the Google 12.8 app back in March. After several weeks, the developers started testing this tool. This is confirmed by the fact that the new options have become available to some users, and this applies to devices with Android 11 and the latest beta version of the Google app, and not smartphones that have the Android 12 Developer Preview installed.

The new feature adds an additional item called Voice Shortcuts to the voice assistant settings menu. After activating this option, users do not have to say “Ok Google” in order to perform any quick action. The source says that at the moment the new function allows you to stop or postpone the alarm, turn off or pause the timer, as well as answer or reject an incoming call – just say “Stop” or “Postpone”.

The new voice assistant capabilities on Android are reminiscent of the Google Assistant feature in the Nest Hub and some other smart displays. Back in 2019, users of some smart display models were able to turn off the alarm without having to say “Ok Google.” When exactly this function will become widespread is still unknown.

Previous Smartphones will begin to massively transfer to OLED panels

Did You Know Siri Could Announce New Notifications To You On Your iPhone? This Is How To Set It Up