According to Huawei’s previous practice, the company should release the P series flagship in the first half of the year. Specifically, the P series should have arrived in April. However, due to well-known reasons, the release time of the company’s upcoming flagship, Huawei P50 series, remains bleak. The company has had to postpone the launch of this series several times. Presently, there is no accurate news regarding the launch date of this series. The Huawei P50 series may be Huawei’s last top flagship product for the first half of this year. Thus, there have been numerous leaks and speculations regarding this series. The latest report on the Huawei P50 series is a set of renders that shows the design of the Huawei P50 Pro. 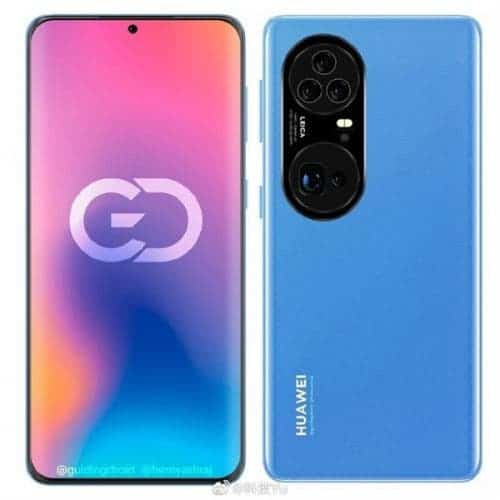 These images are 3D renders and they give us a complete view (front and rear) of the Huawei P50 Pro. The render shows that the Huawei P50 Pro will abandon the previous “pill” front camera design. Instead, this smartphone will use a center punch-hole design. However, the biggest change on this device is on the rear. Just like the P50, the P50 Pro will also use a “binocular-like” “dual ring” rear camera module. However, the entire module contains five camera sensors. This is different from the P50 that has three sensors.

On the upper “ring”, there are three camera sensors while the lower “ring” has two built-in cameras. The periscope lens is more domineering than the previous leaks of the Huawei P50 Pro and P50 rear camera module design. 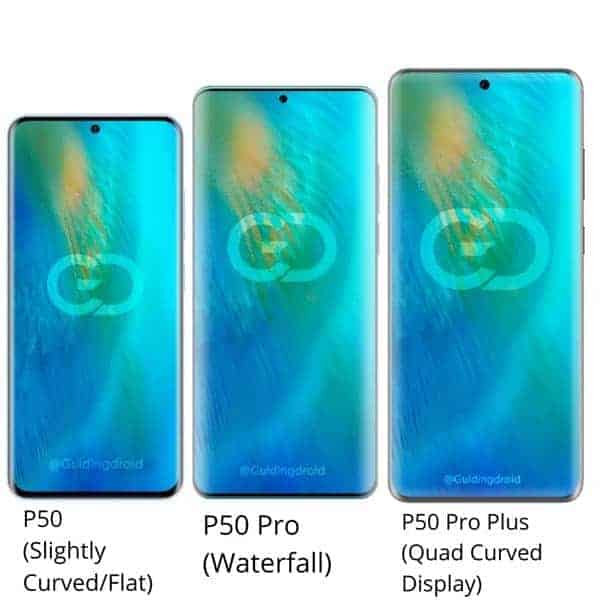 In terms of configuration, the Huawei P50 series use the latest Kirin 9000E/9000 processor as usual. The entire lineup will use Sony’s exclusive custom IMX800 sensor. However, the Huawei P50 Pro + will also have a liquid lens. Under the hood, the battery will range between 4200 mAh and 4300 mAh and it will support up to 66W wired fast charging and 55W wireless fast charging. On the software end, these devices will come with HarmonyOS out-of-the-box.

As of now, the speculated launch date for the Huawei P50 series is June 2021. However, nothing is certain with respect to the arrival time of this series